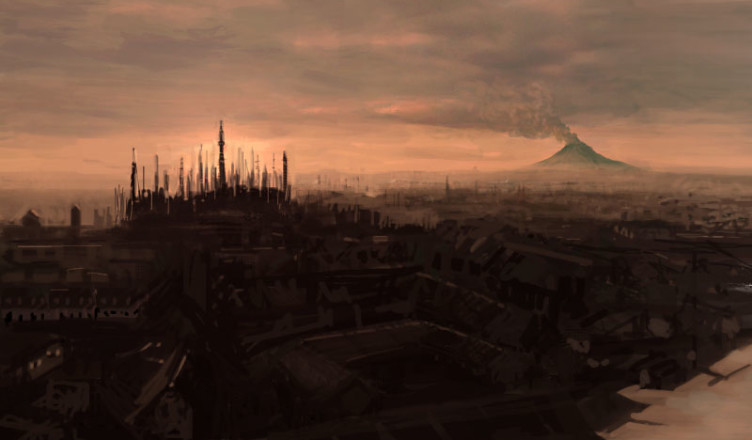 New York, NY—Following on the heels of Sanderson’s successful launch into the YA market with the New York Timesbestselling RITHMATIST comes the MISTBORN Trilogy, now repackaged in trade paperback for the teen audience.

The first two installments of the trilogy, MISTBORN and THE WELL OF ASCENSION, pull the reader into an epic saga that explores a world in which good did not prevail. Part fantasy adventure, part heist, and part kung-fu action—the exciting tale packs a punch with political intrigue and powerful action scenes. Sanderson is particularly adept at maintaining the focus on intensely developed characters while powering the vast landscape of his story-telling. The final book, THE HERO OF AGES, delivers the conclusion to this critically acclaimed series that far exceeds the reader’s expectations as Sanderson once again outdoes himself.

“Intrigue, politics, and conspiracies mesh complexly in a world Sanderson realizes in satisfying depth and peoples with impressive characters.” —Booklist on Mistborn

“This entertaining read will especially please those who always wanted to know what happened after the good guys won.” —Publishers Weekly on The Well of Ascension

“Sanderson is an evil genius. There is simply no other way to describe what he’s managed to pull off in this transcendent final volume of his Mistborn trilogy.” 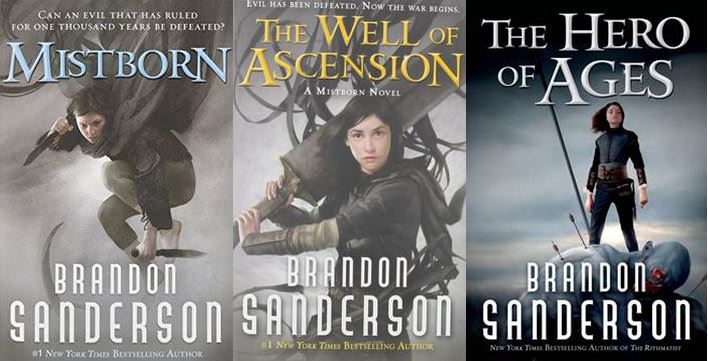 Can an evil that has ruled for one thousand years be defeated?

Once, a hero rose to save the world. He failed.

For a thousand years since, the world has been a wasteland of ash and mist ruled by the immortal emperor known as the Lord Ruler. Every revolt has failed miserably.

Yet somehow, hope survives. Hope that dares to dream of ending the empire and defeating the Lord Ruler. A new kind of uprising is being planned—one that depends on the cunning of a brilliant criminal mastermind and the determination of an unlikely heroine: a teenage street urchin named Vin.

Once, a hero rose to save the world and failed. This time, can a young heroine succeed?

THE WELL OF ASCENSION

Evil has been defeated. Now the war begins.

They did the impossible, deposing the godlike being whose brutal rule had lasted a thousand years. Now Vin, the street urchin who has grown into the most powerful Mistborn in the land, and Elend Venture, the idealistic young nobleman who loves her, must build a healthy new society in the ashes of an empire.

They have barely begun when three separate armies attack. As the siege tightens, an ancient legend seems to offer a glimmer of hope. But even if it really exists, no one knows where to find the Well of Ascension or what manner of power it bestows.

It may just be that killing the Lord Ruler was the easy part. Surviving the aftermath of his fall is going to be the real challenge.

THE HERO OF AGES

Add it to your Goodreads shelf / Amazon withlist

Killing the dark Lord Ruler was the right thing to do—wasn’t it?

THE HERO OF AGES is the thrilling conclusion to the epic fantasy Mistborn Trilogy for ages 13 and up by the #1 New York Times bestselling author, Brandon Sanderson. This epic fantasy adventure begins with MISTBORN.

To end the Final Empire and restore freedom, Vin killed the Lord Ruler. But as a result, the Deepness—the lethal form of the ubiquitous mists—is back, along with increasingly heavy ashfalls and ever more powerful earthquakes. Humanity appears to be doomed.

Having escaped death at the climax of THE WELL OF ASCENSION only by becoming a Mistborn himself, Emperor Elend Venture hopes to find clues left behind by the Lord Ruler that will allow him to save the world. Vin is consumed with guilt at having been tricked into releasing the mystic force known as Ruin from the Well. Ruin wants to end the world, and its near omniscience and ability to warp reality make stopping it seem impossible. She can’t even discuss it with Elend lest Ruin learn their plans!

The conclusion of the Mistborn Trilogy fulfills all the promise of the first two books. Revelations abound, connections rooted in early chapters of the series click into place, and surprises, as satisfying as they are stunning, blossom like fireworks to dazzle and delight. It all leads up to a finale unmatched for originality and audacity that will leave readers rubbing their eyes in wonder, as if awaking from an amazing dream.

BRANDON SANDERSON grew up in Lincoln, Nebraska. He teaches creative writing at Brigham Young University and lives in Utah with his wife and children. Sanderson had the honor of completing Robert Jordan’s classic The Wheel of Time® series and is the author of the bestselling Mistborn series. For fascinating behind-the-scenes information about all his books, visit him at www.brandonsanderson.com.

One thought on “Mistborn Trilogy Repackaged for Teen Audience”