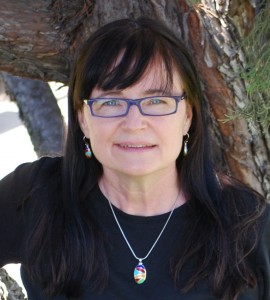 Happy Monday Folks!! Today we have another great book review for you from the lovely Marilyn Peake. Name sound firmiliar? Well it should, she has already graced us once this month with a fantastic twitter article. So who is Marilyn (in case you missed her last post) she is someone I find very intimidating, but at the same time fascinatingly loveable. She held a Bachelor of Arts degree in Psychology and a Master of Arts degree in Clinical Psychology. (<– hince the intimidation) BEFORE becoming a full-time writer, and worked as both a Social Worker and Staff Psychologist.

Marilyn is currently writing a science fiction novel, GODS IN THE MACHINE, and is one of the contributing authors in BOOK: THE SEQUEL, (she of course has an entry included in serialization titled: THE DAILY BEAST.) Her short stories have been published in seven anthologies and on the Literary Blog, GLASS CASES, she has also recieved a handful of awards including the Silver Award, two Honorable Mentions and eight Finalist placements in the ForeWord Magazine Book of the Year Awards, two Winner and two Finalist placements in the EPPIE Awards, and Winner of the Dream Realm Awards.

When Misty Baker put out a request for guest reviewers on her KindleObsessed Blog for the month of June, I volunteered and chose CALLING CROW (BOOK ONE OF THE SOUTHEAST SERIES) by Paul Clayton from her list of books to review.  About one-fourth of the way through this book, I was so impressed, I purchased the entire series and another book by this author.  I talked so much about CALLING CROW as I read it, my husband decided to read it as well.  He also thought this book was fantastic and went on to read the entire series.

CALLING CROW is an historical novel set in 1555 in the Southeastern United States, when the Spanish slavers arrive from the island of Hispaniola to capture Native American Indians and force them into slavery.  Calling Crow is the strong, brave Chief of the Muskogee people who has nightmares of the “Destroyer” and believes that his dream is an omen of terrible events about to be visited upon his people.  He knows that the “cloudboats” have been seen out on the sea, and wonders if they will bring the Destroyer to his people.

The author has an incredible ability to show everyone involved in this historical novel as human, and to show the story through the eyes of multiple individuals.  The Indians are shown as flawed human beings, and there are good people among the Spanish within the culture that enslaves them.  However, the strength and dignity of the Indians and the horror of the slavery they endured is made very clear in this beautifully written, action-packed novel.

One of the most fascinating aspects of CALLING CROW is Paul Clayton’s genius at showing how Native Americans might have initially perceived the Spanish inventions they had never before seen, using new words to describe them, e.g. “cloudboats” to describe the sailing ships, “thundersticks” to describe guns, “metal skins” to describe armor.  The true intelligence of Calling Crow becomes evident as he analyzes and figures out a culture so completely alien to him, it threatens his survival at every twist and turn.

I highly recommend this novel.