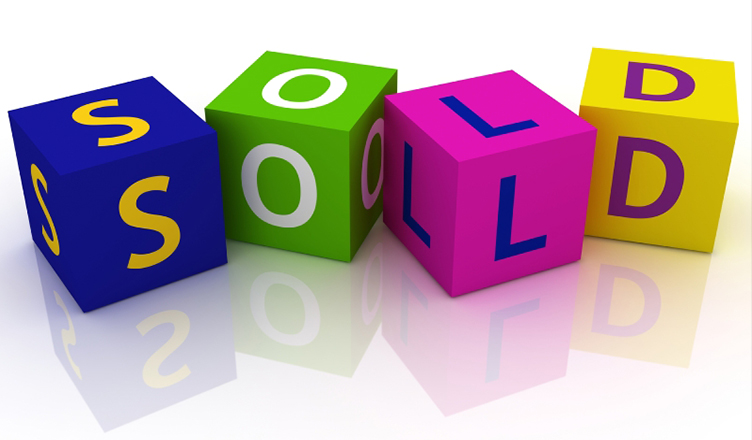 We all have them, those few authors that get our one-click auto-buy attention. We don’t even bother reading the synopsis for the book before shoving it in our bag. We know it’s going to be good…why waste time with such a mundane task? Even if I know I won’t get to the book for months…I always ALWAYS grab the latest from these 10 authors.

Who are YOUR top 10 auto-buy authors?

It should come as no surprise that Clare is on my auto-buy list. Since reading “The City of Bones” I have been a sucker for all things Shadowhunter. The worlds, the characters, the relationships. They weave their way through and around each-other to create a truly magical reading experience. I have yet to read her Infernal Devices series (because holy TBR list) but I have no fear that I will enjoy it just as much.  The same can be said for Lady Midnight…which was just released this past Tuesday (and is waiting patiently for me on my shelf.)

Books I loved by author: The Mortal Instrument Series

Pierce has become a world wide phenomenon since the release of his last book “Morning Star” and rightfully so. His writing is brilliant. And I don’t say that lightly. His “Red Rising” series quickly rose to the top of my “Best Books of All Time” list and I don’t see them making an exit any time in the near future. He has admitted on several occasions that his inspiration for the series spawned from a love of classic literature, and it shows. Even though his novels are blatantly Science Fiction, their bones are tattooed with the marks of literature long past. His characters constantly struggle to center themselves, they emotionally (and physically) tie their fates to each-other, and make spur of the moment choices that tend to leave them questioning their own morality. (Do I even need to mention the awesome sciencey gear and space-ships?) Brown doesn’t write “easy to read” books. They are jamb-packed with characters (so many that there is actually a character glossary at the front of Morning Star) and several chapters can go by without a hint of dialogue, but they are books that you just can’t put down, and Brown is an author I will always one-click.

If you have never read a book by Zusak I advise you to do so immediately, and start with “The Book Thief.” Why? Because his writing will not only make you appreciate the things you have, but it will make you appreciate the fact that you are alive. His prose are beautiful, and his characters are heartbreakingly real, except for when they are not. You read that correctly. While Zusak’s writing can cause you to ugly cry, it can also make you laugh. One thing always remains though…he teaches lessons. Lesson we all so desperately need to learn.

Books I loved by author: The Book Thief, I Am The Messenger

Mafi will ALWAYS hold a special place in my heart, for a number of reasons. No. 1 – she created the ultimate book boyfriend. I will forever be in love with Warner. I have no shame when it comes to this fact. I adore him, so much that I have reread this series several times. No. 2 – she changed the face of writing. “Shatter Me” started off like no other book I’ve ever read, and that was mostly due to Mafi’s writing style. Instead of telling her readers that Juliette was having a nervous breakdown, she let her character’s voice do it instead. Word repetition read like panic attacks, and thoughts were alternated between diplomatic and real by the simple (but genius) use of strikethroughs. The series later evolved into something much more superhero than super crazy, but it never stopped being engaging.

Books I loved by author: Shatter Me, Unravel Me, Ignite Me, Unite Me

Kaufman is insane. I’m just going to throw that out there. BUT…he is also the only author that has made me flat-out bawl while reading a psychological thriller. (Seems unreal right?) It’s no secret that I’m a massive fan of psychological thrillers, but there is something different about Kaufman’s work. I can never figure out where they are going. The ability to keep me guessing is the reason why I auto-buy his novels. Also, his obsession with Converse sneakers. (Oh come on! You know you love Converse!) If you enjoy reading books that will leave you questioning everything, and everyone…give him a try. His writing is solid and so are his plot lines.

Books I loved by author: The Lion The Lamb The Hunted, Twisted, While The Savage Sleeps, Darkness and Shadows

“The Hundred Thousand Kingdoms” oh how I love thee. In an insane (read: desperate) search to find something interesting to read in-between “Mortal Instrument” releases, I stumbled upon Fantasy author Jemisin, and boy am I glad I did. Her world building is epic, and her ability to seamlessly combine fantasy and romance (the bad for your health kind) is just… *sigh* Much like Clare, I buy her books on release day. Even if I know it’s going to be years until I get to them.

The first time I read a Nelson novel I didn’t actually read it. I listened to an audiobook version of it. I will never do this again. Not because her writing isn’t the thing of myths, but because I almost crashed my car into a ditch because I couldn’t see through my blurry tear filled eyes. Moral of the story, don’t listen to sad books while driving. She’s not a shock and awe (I’m out to make you cry author) though, instead…she is an author that tells real stories. Stories about everyday people (like you and me) living through everyday situations. (For example: the death of a family member.) Her books are simple to read, but pack a punch. I could keep talking, but I’m thinking about “The Sky Is Everywhere” again, and I’m afraid for my wellbeing. So I’m moving on.

Books I loved by author: The Sky is Everywhere, I’ll Give You The Sun

I don’t read romance all of the time, but when I do the chances of it being a Colleen Hoover book are pretty high. After reading an arc of Slammed (which Hoover actually sent me herself when she was still an indie author) I was hooked. Her ability to suck me in with intense emotion and sketchy life situations is down right frightening. No one should have that much control over my emotions. Alas, she does and because she can write her curly blonde booty off…I will continue to snatch up every book she writes. Even if I never have the time to read them. (Like the last few she has released.) She is a solid bet if you are looking for a “Happily Ever After” but she is going to drag you through the dirt first. It’s kinda her thing. That and making normal everyday words sound like cuss words.

Much like Zusak, Sepetys writes books that make you love the life you have. “Between Shades of Gray” (a historical fiction narrated by a 15 year old Lithuanian girl who is forced out of her home during WWII) sat on my shelf for more than a year before I decided to pick it up and give it a try, and even then I only did it because I needed a break from demons and vampires. What a mistake…waiting a whole dang year to read such an awe-inspiring book. I wish I could relay all of the intricate writing elements that go into making a book like this successful, but it comes down to talent. Just pure unadulterated talent for telling a hard story, and Sepetys has it.

Books I loved by author: Between Shades of Gray, Out of the Easy

And last but certainly not least…Sandra Brown. Her novel “Envy” made an uber fan out of me, and I’m not ashamed to admit that. With the exception of only a few authors (Stephen King (also an auto-buy author for me) and Kathy Reichs) she reigns queen in my library taking up SEVERAL shelves. I love her fast paced style. I love her thriller plot lines, and I love that she always has a bow-chicka-wow-wow moment to keep the girl in me happy.

Birthday week is officially past for these 2. Only

A story, in 9 words: Yesterday I put make-up on. T

For real though…you mix these & you’ll get the

Kid came home from camp to find this waiting for h