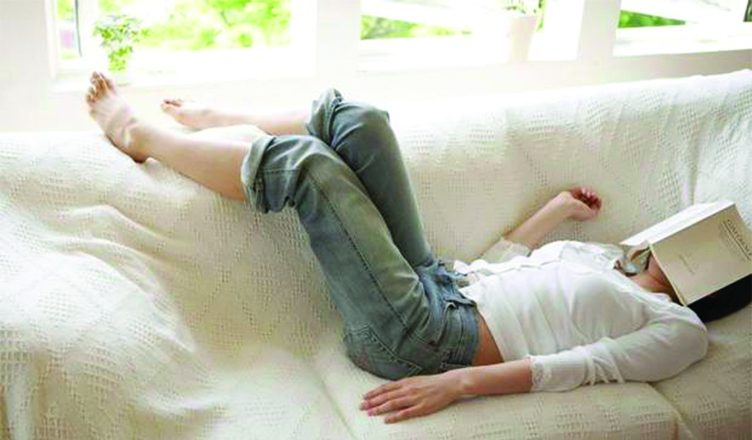 If someone had told me a year ago that I’d be crying because all I do is sit on the couch all day, I’d insist that they had lost all of their marbles. Sit and watch TV all day? Read for hours…uninterrupted? Where do I sign up? But a few weeks ago, that is exactly where I found myself. Crying…over nothing. In the most literal sense of the word.

But, let me back up and start at the beginning. Set the scene…

Since I started treatment, I have found that I spend an exorbitant amount of time repeating myself.

How are you doing? Fine.

Have you been eating? Yes.

When do you go back to the doctor? Soon.

The same questions, everyday, which are (90% of the time) followed by a generic answer. Why the generic answer, you ask? Because it’s easier…for ME. I have been completely honest with people maybe five times since I started this battle. I haven’t lied (that is a waste of time and does no one any good) but omission has been the name of my game for over three months now, and for a very good reason. In the last two weeks I have had two conversations that have blown past the barrier of “general conversation” and both times I have found myself struggling to keep my emotional compass pointed North. Instead of excepting my “fine” and moving on, my friends have stopped, looked me in the eye, and said, “It’s killing you…isn’t it?” Of course I fain ignorance hoping they will walk on and spare me the duty of having to actually answer such a question, but no such luck. These are women who know me well, and I knew instantly what their (poorly worded) question was referencing.

“Is not being able to teach art, go on mission trips, volunteer, chaperone the youth group, be a room mom (etc) killing you?”

Until June I was the person who never said no. To the point (in fact) that it became the brunt of many a joke.

My motto was: If my first instinct was to say yes, I’d put it on my schedule and make it happen.

Let me give you an example:

A week after I was diagnosed with breast cancer (when I should have been strapped to a table getting PET Scans and MRIs done) I was helping a group of 40 kids paint houses.

I never said no.

I traveled at 100 mph all of the time, and even though I complained about it from time to time, I was ok with it. What I failed to understand (at the time) was that my 100 mph lifestyle would be the thing that eventually broke me.

I have cried only twice over my diagnosis. Once after I got the call, the second when I had to tell my two small children. However, I have cried multiple times over the fact that I feel lazy (aka: worthless.) (*pauses to scold herself for crying over the word: worthless*) One of my biggest fears is being UNABLE to help people when they need it, and being sick has forced me to face that fear everyday. Sitting on the couch for hours on end used to sound appealing, like a treat, now it feels like a cage. The analogy is a fairly ridiculous one in the grand scheme of things (of this, I am fully aware) but unfortunately, it’s also an accurate one. I have been forced, by my body, to slam on the breaks. My yeses have morphed into nos, and my brain is having a difficult time catching up.

Surprisingly, the most dreaded aspect of cancer (at least in my case…ie: chemo) has been the easiest to handle. I get sick (there is no denying that fact) but I’m reassured by the knowledge that it will pass. It is but a speed bump in my life’s cycle. Nothing I can’t handle. But excepting the charity of my family and friends, that has been a very though pill to swallow.

I am the girl that brings meals to the sick. NOT the other way around!

I am the one that helps pull logs from a river after a storm, or stays up all night playing flashlight tag with the teenagers from my church. Or, at least I used to be.

Now…I am the girl on the couch.

And If I’m being honest, I HATE IT.

It’s a tough thing…being kicked in the perspective, or learning how to humble myself enough to ask for/accept the help I’m offered, but it’s not the HARDEST part. The hardest part is remembering that:

I am NOT worthless, just sick.

That this too shall pass, and I will be stronger for having learned these lesson. (Even if they were taught the hard way.)

4 thoughts on “A Kick In The Perspective…And Other Lessons!”