For those of you who like to plan ahead (like me) here are a few “potential” goodies to look out for in 2010. The majority of these can be pre-ordered through your Amazon account, but don’t you worry your pretty little heads, I will read and review each and everyone of these when they come out… just in case are skeptical of my taste 🙂 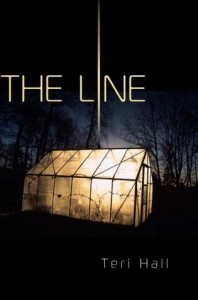 An invisible, uncrossable physical barrier encloses the Unified States. The Line is the part of the border that lopped off part of the country, dooming the inhabitants to an unknown fate when the enemy used a banned weapon. It’s said that bizarre creatures and super humans live on the other side, in Away. Nobody except tough old Ms. Moore would ever live next to the Line.

Nobody but Rachel and her mother, who went to live there after Rachel’s dad died in the last war. It’s a safe, quiet life. Until Rachel finds a mysterious recorded message that can only have come from Away. The voice is asking for help.

Who sent the message? Why is her mother so protective? And to what lengths is Rachel willing to go in order to do what she thinks is right?

(The Forest of Hands and Teeth Book 2) 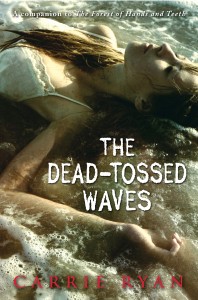 Gabry lives a quiet life. As safe a life as is possible in a town trapped between a forest and the ocean, in a world teeming with the dead, who constantly hunger for those still living. She’s content on her side of the Barrier, happy to let her friends dream of the Dark City up the coast while she watches from the top of her lighthouse. But there are threats the Barrier cannot hold back. Threats like the secrets Gabry’s mother thought she left behind when she escaped from the Sisterhood and the Forest of Hands and Teeth. Like the cult of religious zealots who worship the dead. Like the stranger from the forest who seems to know Gabry. And suddenly, everything is changing. One reckless moment, and half of Gabry’s generation is dead, the other half imprisoned. Now Gabry only knows one thing: she must face the forest of her mother’s past in order to save herself and the one she loves. 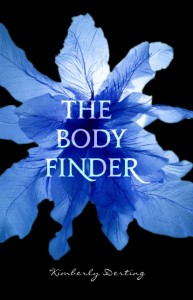 Violet Ambrose is starting her junior year in high school and faces problems shared by many teens. She is madly in love with Jay Heaton, her best friend since first grade, but does not know if he feels the same. She is trying to do well at school, but classes do not always hold her interest. Unlike others, however, Violet has the ability—or perhaps the curse—of sensing violent deaths around her. Every demise leaves a hint screaming to be discovered: sometimes a sheen of colors, other times a chorus of bells or even a specific smell. When Violet was eight, she discovered a girl’s body in the woods behind her house. This same killer is now striking her community again, kidnapping and murdering teenage girls. He even seems to be getting closer to Violet with every kill. She must deal with her emotions for Jay at the same time as she tries to stop this vicious murderer before it is too late for both. Derting’s first novel provides the reader with both Violet’s and the killer’s perspectives. Violet’s fear is palpable and rises as her attempt to find the murderer leads her close to death and as she confronts her feelings for Jay. The explicit and unsettlingly candid tone of the killer reminds one of Robert Cormier’s Tenderness (Delacorte, 1997), while several twists and turns keep the pages flipping. Older readers will quickly find themselves pulled into Derting’s neighborhood. Reviewer: Etiene Vallee 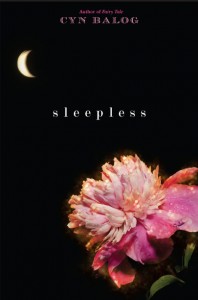 Eron DeMarchelle isn’t supposed to feel this connection. He is a Sandman, a supernatural being whose purpose is to seduce his human charges to sleep. Though he can communicate with his charges in their dreams, he isn’t encouraged to do so. After all, becoming too involved in one human’s life could prevent him from helping others get their needed rest.

But he can’t deny that he feels something for Julia, a lonely girl with fiery red hair and sad dreams. Just weeks ago, her boyfriend died in a car accident, and Eron can tell that she feels more alone than ever. Eron was human once too, many years ago, and he remembers how it felt to lose the one he loved. In the past, Eron has broken rules to protect Julia, but now, when she seems to need him more than ever, he can’t reach her. Eron’s time as a Sandman is coming to a close, and his replacement doesn’t seem to care about his charges. Worse, Julia is facing dangers she doesn’t recognize, and Eron, as he transitions back to being human, may be the only one who can save her. . . .

Even once they’ve become human again, Sandmen are forbidden to communicate with their charges. But Eron knows he won’t be able to forget Julia. Will he risk everything for a chance to be with the girl he loves?

Cyn Balog’s follow-up to Fairy Tale has more wit, more supernatural delights, and more star-crossed romance! Teen girls will love this story of a Sandman who falls in love with his human charge. 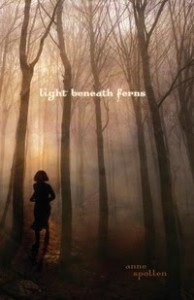 I have this strange sense that my silence is preparing me for something I can’t name . . .

Elizah Rayne is nothing like other fourteen-year-old girls. More interested in bird bones than people, she wraps herself in silence. Trying to escape the shadow of her gambler father, Elizah and her mother move into an old house that borders a cemetery. All her mother wants is for them to have “normal” lives. But that becomes impossible for Elizah when she finds a human jawbone by the river and meets Nathaniel, a strangely hypnotic boy who draws Elizah into his dreamlike and mysterious world.

Only by forgetting everything she knows can Elizah understand the truth about Nathaniel—and discover an unimaginable secret. 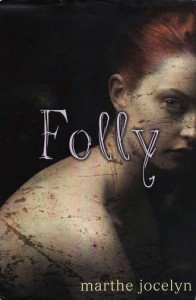 Mary Finn: country girl, maid to a lord in London

James Nelligan: age six, tossed into a herd of boys

When Mary Finn falls into the arms of handsome Caden Tucker, their frolic changes the course of her life. What possesses her? She’s been a girl of common sense until now. Mary’s tale alternates with that of young James Nelligan, a new boy in an enormous foundling home.

In Folly, Marthe Jocelyn’s breathtaking command of language, detail, and character brings Victorian London to life on every page, while the deep emotions that illuminate this fascinating novel about life-changing moments are as current as today’s news. 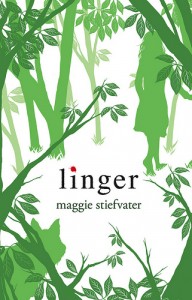 In Maggie Stiefvater’s Shiver, Grace and Sam found each other. Now, in Linger, they must fight to be together. For Grace, this means defying her parents and keeping a very dangerous secret about her own well-being. For Sam, this means grappling with his werewolf past . . . and figuring out a way to survive into the future. Add into the mix a new wolf named Cole, whose own past has the potential to destroy the whole pack. And Isabelle, who already lost her brother to the wolves . . . and is nonetheless drawn to Cole.
At turns harrowing and euphoric, Linger is a spellbinding love story that explores both sides of love — the light and the dark, the warm and the cold — in a way you will never forget. 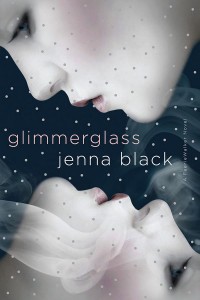 Dana Hathaway doesn’t know it yet, but she’s in big trouble. When her mother, an alcoholic, shows up at her voice recital drunk, Dana decides she’s had it with playing the role of her mother’s keeper, so she packs her bags and travels to see her mysterious father in Avalon: the only place on Earth where the regular, everyday world and the magical world of Faerie intersect. Dana is a Faeriewalker, a rare individual who can travel between both worlds. She has always known that her father is a big-deal Fae, but what she doesn’t realize is that she could be the key to his rise in power. When she arrives in Avalon, Dana finds herself a pawn in the game of magical politics. Avalon is a place where both magic and technology work, and humans and Fae coexist in something resembling peace. How can she change the winds of fate, find a boyfriend, and make new friends when she’s not sure who, if anyone, can be trusted? 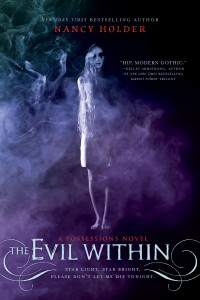 POSSESSIONS: A haunted, super-exclusive boarding school high in the mountains of Northern California…faces in mirrors, statues that move…and Lindsay, who’s had a nervous breakdown, fighting for her sanity, her life…and her soul.