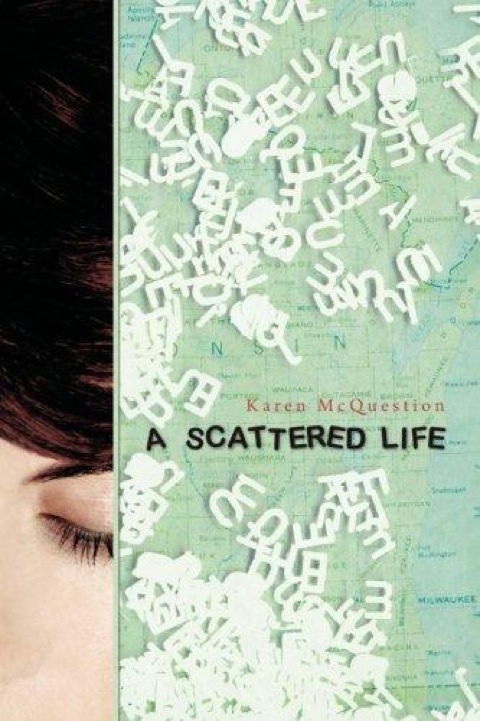 There was a period in my life where I felt the need to be detached. Not physically… being AROUND people was not the issue for me, the “emotional connection” is what I feared. I had been forced to face a string of emotional torture and as a result I was (almost) irrevocably damaged. I did not like to talk, I did not form attachments of any kind. I avoided social situations, and more importantly convinced myself that not caring was the easiest path that life had to offer. Thankfully I recognized my moronicness and in record time, replaced my brain with a more “well rounded, functioning” one. Unfortunately… some people never experience the light bulb moment I had, and instead wake up one day 80 years old and completely alone.

When I first read the synopsis for “A Scattered Life” by Karen McQuestion the parallels I was to discover between it’s main character and myself were not immediately clear. As a matter of fact I didn’t predict the turn of the book at all. I thought I would be reading about a woman stuck in a rut, and yes.. that was (as predicted) a huge part of the story, but what I didn’t expect was to travel through the mind of a woman that (much like me when I was younger) feared the closeness of others.

Skyla Plinka has an average life, in an average home with an average family, unfortunately she doesn’t like it. Having been a wanderer growing up, she craved stability, but now that she has it, finds it hard to accept. Being a mother is great, but being a mother that never leaves the house was never on her agenda. Insistent on finding an outlet Skyla does two very unexpected things. 1. She gets a job at a rundown bookstore complete with an overlay exuberant shop owner and psychic. 2. She befriends her somewhat chaotic and kid crazy neighbor Roxanne. But just when she thinks her life is on the straight and narrow again, Skyla is suddenly faced with the most challenging path of all. Waiting.

Now, I know what you are thinking. “Misty obviously enjoyed this book because she told an “I relate to this” story” Well, that is where you would be wrong. There were several things wrong with this book, but the most obvious would be it’s LACK OF A STORY. Yes, I know… there was obviously some sort of story or I wouldn’t have been able to write a synopsis, but to be honest the entire book felt like I was standing in line for a rollercoaster and the park closed before I reached the queue. All waiting, no payoff. That’s not to say Ms. McQuestion’s writing was bad, quite the opposite… I believed every word she wrote down and even the structure was good, she just forgot the punch line. All of the characters were very well developed, I could muster an image for each and could probably even predict their next move, the trauma in the story was also believable, sad and a little overplayed, but present and accounted for.

So why did I feel like the entire story was me waiting for the other shoe to drop? Was it McQuestions lack of adrenaline? Her lack of surprise? Maybe it was her over attention to detail that blurred the lines between a good story and a personnel file. Whatever the case… one thing was resoundingly clear. “A Scattered Life” were just a bunch of words on a page that never went anywhere.

My vote? Read if you are bored. (And by bored I mean stuck on a ship in Antarctica with nothing else to do but make ice chips or pet penguins.)

Happy Reading my fellow Kindle-ites and remember: We must let go of the life we have planned, so as to accept the one that is waiting for us.

6 thoughts on “A Broken Path To Nowhere”