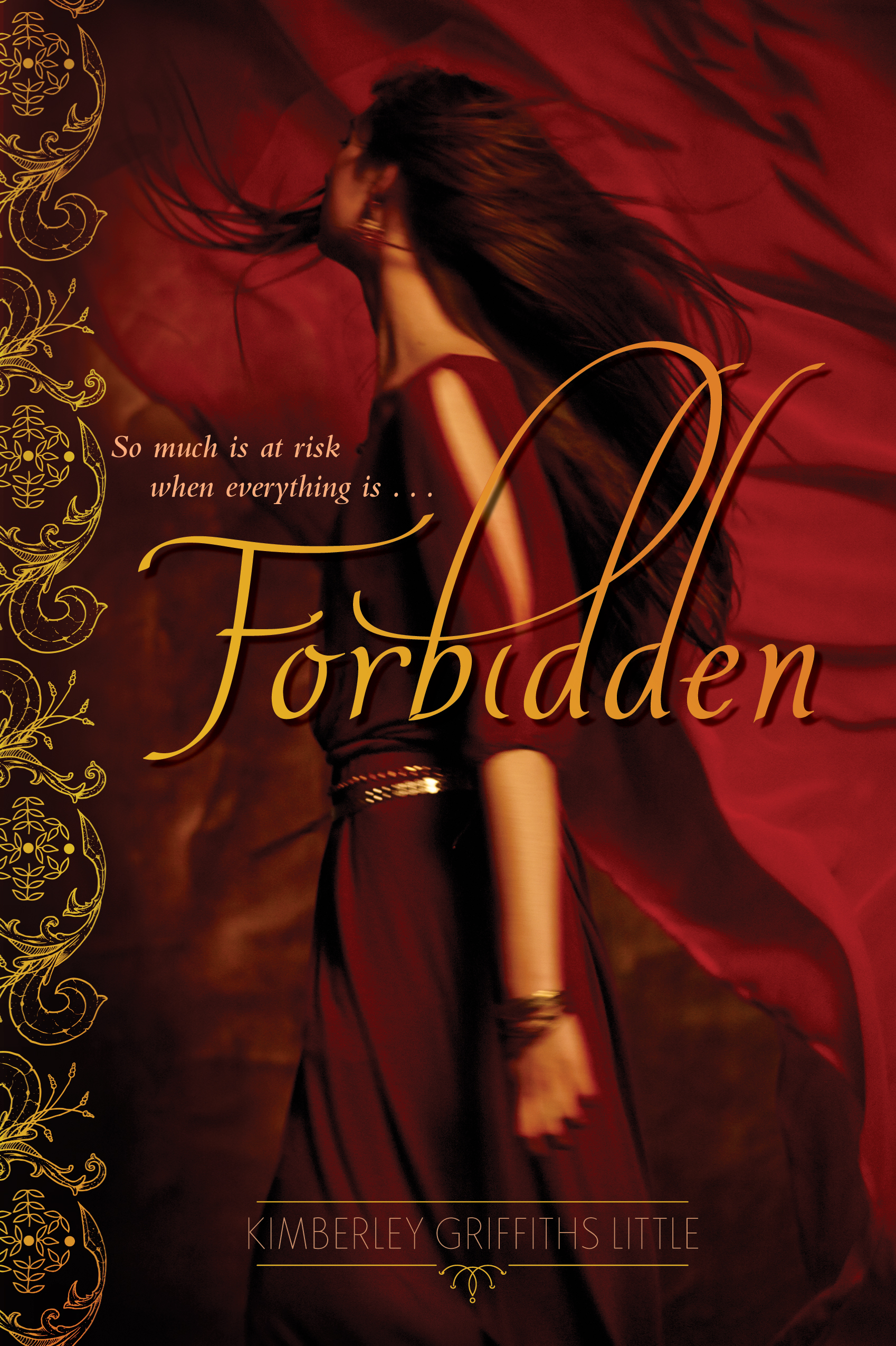 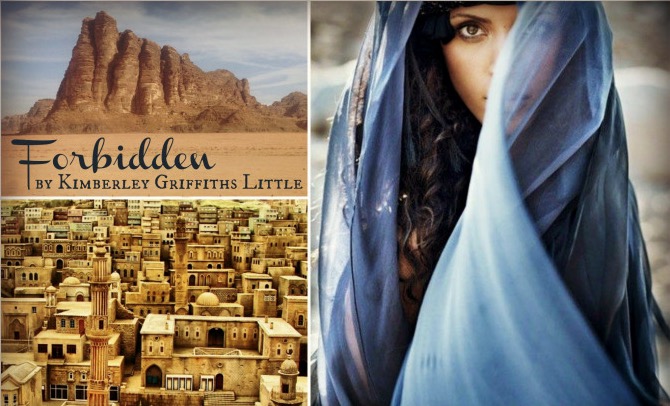 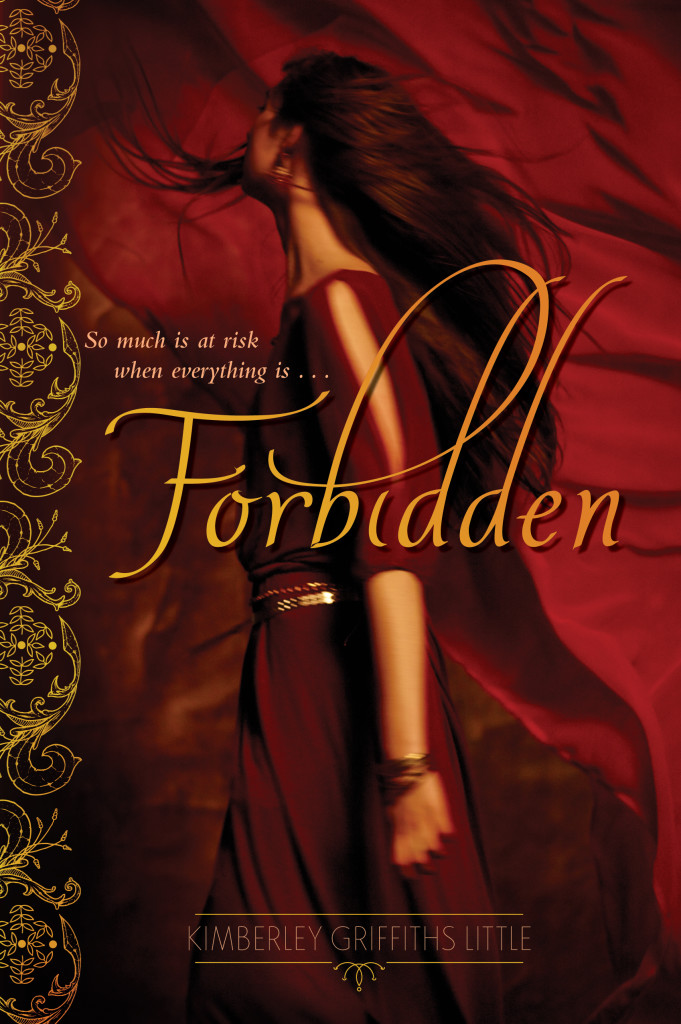 There is this quote (a pretty wordy one…my apologies) by Eckart Tolle that says:

“Wherever you are, be there totally. If you find your here and now intolerable and it makes you unhappy, you have three options: remove yourself from the situation, change it, or accept it totally. If you want to take responsibility for your life, you must choose one of those three options, and you much choose now. Then accept the consequences.”

Harsh isn’t it. BUT…it’s also kind of true. Life (today) is one big ball of choices, and those choices will eventually define us. It’s up to US to take responsibility for those choices.

But imagine for a moment that not ALL choices WERE up to you? Who you married for example. Imagine for just a moment that you lived in time and place where arranged marriages and allegiances to tribes were more important than happiness, or…in some cases, even your well being?

Would you be able to “accept the consequences” of someone ELSE’S choice FOR you?

That is the question posed in Kimberly Griffiths Little novel “Forbidden.”

In the unforgiving Mesopotamian desert where Jayden’s tribe lives, betrothal celebrations abound, and tonight it is Jayden’s turn to be honored. But while this union with Horeb, the son of her tribe’s leader, will bring a life of riches and restore her family’s position within the tribe, it will come at the price of Jayden’s heart.

Then a shadowy boy from the Southern Lands appears. Handsome and mysterious, Kadesh fills Jayden’s heart with a passion she never knew possible. But with Horeb’s increasingly violent threats haunting Jayden’s every move, she knows she must find a way to escape—or die trying.

With a forbidden romance blossoming in her heart and her family’s survival on the line, Jayden must embark on a deadly journey to save the ones she loves—and find a true love for herself.

Set against the brilliant backdrop of the sprawling desert, the story of Jayden and Kadesh will leave readers absolutely breathless as they defy the odds and risk it all to be together.

Truth be told, I have had a fairly difficult time collecting my thoughts when it comes to this book. On one side of the coin is passionate dislike. I thought the pacing was wildly out of hand, the plot lacking in places and the characters (well, one character really) completely unrealistic. While the other side of the coin is utter fascination. The customs, the choices, the jewel toned setting. Combining the two has been a trial, and not one that I really (at the end of the day) wanted to judge.

Here’s the thing, inside Kimberly’s book about love, loss and ancient Mesopotamia there was also a story about epic cruelty. While I loved and adored one aspect (despite the introduction of instal-love) I felt myself overwhelmingly pissed off while reading the majority of the novel.

Jayden (the main character) is (ultimately) the everyday girl. She doesn’t seek rebellion, she isn’t out to free a nation or even defy her parents. Though she is (at the beginning of this novel) unhappy about her arranged marriage, she isn’t disgusted by it. It’s a fact of her existence and she will do as she is told. It isn’t until the 60% mark that she starts to question her future (rightfully so, after a pretty serious beating) and therefore…I have no beef with her. I do however have a beef with her father (and sister if I’m being totally honest.)

I understand that this story is set in a different time. I understand that promises, and pride were a part of everyday life. What I DON’T understand is how a parent can look at their child, see a world of emotion in their eyes, listen to their pleas, see fear written across their face, even agree to a point with their views, and then blatantly refuse to acknowledge them due to a promise made 16 years earlier. It shows a complete lack of humanity. Something I obviously had a difficult time dealing with (this time around.)

As for the pace (as I mentioned above) it was out of hand. In the first few chapters we are introduced to a tribe and their way of life. There is one fight (about a goddess that is never really properly introduced) 2 deaths, 1 birth, an entire “town” is moved from one side of the desert to the other, and a stranger appears. For the next several chapters, nothing much happens. Then suddenly…everything is a matter of life or death. I felt as though I was on a poorly constructed roller coaster ride. Too fast in some places and exhaustingly slow in others.

(And this is where I’m having issues.)

The complication of all of the choices surrounding Jayden (and her love for a man that she was not betrothed to) was INTERESTING! There was an epic feel to the story that is lacking in a lot of era-specific novels these days. There was URGENCY, and it kept me reading. (Even after I had to trot across the room to pick up my kindle I had thrown in anger.) With the exception of Kadesh the characters took on a life of their own. The desert and it’s surrounding towns blossomed. And I found that I wanted to know how fair Jayden would survive the hand she had been dealt.

The book was by no means perfect, but it WAS interesting. It made my blood boil and I hated more characters than I should probably admit to, but there was still something there. That spark, that promises fire if you look hard enough.

I was disappointed with the ending, but only because it was a cliffhanger (otherwise it was pretty perfect.)  And if I do happen to read the sequel to this novel I hope that Kimberly pays very close attention to her hero. (Who at the moment is way to perfect.) The world doesn’t need another Prince Charming. (They are hard to relate to.)

At the end of the day, and in leu of my rant, I guess I really did like it. It just took me talking about it to realize that my strong emotions came from a strong connection. I guess you can take that for what will. (Probably that I’m a lunatic.)

I’m not going to recommend you run out and purchase a copy right now, but I will say…add it to your TBR. It’s original enough to warrant your time at a later date.

Happy Reading my fellow Kindle-ites and remember: YOU are responsible for your own life.

The night was starkly beautiful under a canopy of jeweled stars. I savored my moments of freedom, which were marred by the realization that it was dripping away day by day.

The sizzle of coffee beans roasting in the skillet floated across the still air. Cups clinked on a tray as my father passed them around the circle. The aroma of roasted brew spiced with cardamom seeped into the night.

As I tried to slip past, Horeb’s eyes caught mine. Firelight flickered over his face, outlining his jaw and wind-tangled black hair. He was devastatingly handsome just as all the girls said, but his lips curled into a smile that sent shudders down my spine.

Horeb’s glance lingered on my body, settling not on my face, but lower, as if he was undressing me right there on the dirt path.

His eyes locking onto mine, Horeb rose from the circle of men. I jerked around, breaking off his stare. Walking faster, I turned the corner of the tent just as his arm reached out to stop me.

“So, little cousin,” Horeb said. “Have you been enjoying the betrothal ceremony? Tell me, are the women telling stories of marital relations?”

My breath caught like a thorn in my throat. The women’s ceremonies were not discussed with any male—only inside the privacy of a marriage bed.

“You shouldn’t be saying these things to me,” I said.

Running his fingers down my arm, Horeb continued to study me. “There are many things I’d like to say to you, Jayden. Do to you.”

There used to be a time when my throat pounded every time Horeb turned my direction. A time when he was growing into those big, dark eyes and that hard, muscular body. Moments when I wanted to touch his thick, black hair, or run my finger along his jaw to discover what a boy’s skin felt like with a newly growing beard. But now that I was sixteen, and he twenty, his stares made me uneasy. My heart still pounded, but not from love. And I wasn’t sure what it was or what to call it.

Award-winning author Kimberley Griffiths Little was born in San Francisco, but now lives in New Mexico on the banks of the Rio Grande with her husband and their three sons. Her middle-grade novels, When the Butterflies Came, The Last Snake Runner, The Healing Spell, and Circle of Secrets, have been praised as “fast-paced and dramatic,” with “beautifully realized settings.” Kimberley adores anything old and musty with a secret story to tell. She’s stayed in the haunted tower room at Borthwick Castle in Scotland; sailed the Seine in Paris; ridden a camel in Petra, Jordan; shopped the Grand Bazaar in Istanbul; and spent the night in an old Communist hotel in Bulgaria.
Website | Blog | Twitter | Facebook | Goodreads
The Giveaway!!