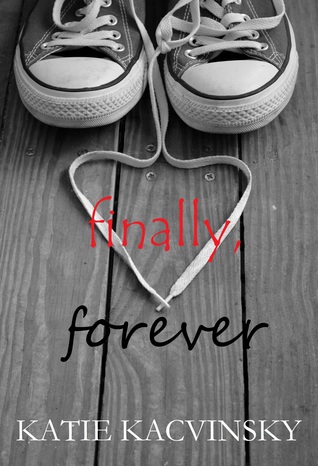 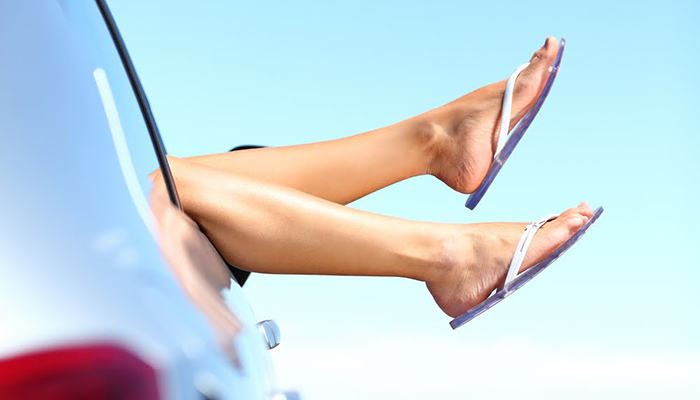 I know I’ve mentioned this before, BUT, for those of you that are new around here, I’ll catch you up. I absolutely love quotes. I think, if read or presented at the right time, they can be an invaluable asset. They can heal, influence, and on some occasions even make you open your eyes to the world around you. Because of my love for quotes, I carry a little black notebook with me everywhere I go. Filled in every nook and cranny with notable quotes I stumble upon while reading. I keep it close at hand as sort of a safety net, a place to run where my mind can take a step back, reassess and then continue on with it’s previous adventure.

The reason I’m telling you this is because, as of Monday, Katie Kacvinsky officially became the most quoted author in my book. A rather enormous feat if you consider I’ve only read 4 of her novels. (Awaken, Middle Ground, First Comes Love, and of course this novel…Finally, Forever.)

What exactly is it about Katie’s writing that has me flooding my valuable pages with her words? Honesty.

As a general rule, we want to be honest with others (as well as ourselves) on a daily basis. Unfortunately…natural human instinct (aka: our vulnerability) sometimes prevents us from being so. Katie’s writing is BASED around human instinct. The way we react, the way we over-analyze even some of the most basic human desires. Love. Acceptance. Only she doesn’t sugar coat the reality of it, instead she just spells it out. In black and white.

I am a fan of black and white.

College baseball player, Gray Thomas, had to go far out into left field to find a girl like Dylan, the ex-love-of-his-life. More than a year later, literally at a crossroads, they find each other together on a journey that is a pause between a painful past and an uncertain future. In this sexy and offbeat summer read, Gray and Dylan discover that a destination isn’t always a place. More often, it’s a person. Now it’s time for them to finally decide, is this forever?

To illustrate my previous point I could continue to talk. I could wax poetic and use words like mesmerizing or prodigious. Or…I could just show you. Which seems like the brighter idea.

“Sometimes we don’t know what we need until we’re shown what we need. Up until then, we’re only  making blind guesses. Sometimes, even when we think we’re roaming, we’re just traveling in a long circle that eventually leads us home.”

“Thoughts are your heart’s footprints.”

“Wisdom is a strange teacher. He likes to show up after you make a mistake so he can point out where you went wrong, but it’s too late to go back and correct it.”

“I watched people study in coffee shops, quizzing each other with note cars, memorizing words that mean nothing to them. Real life isn’t like that. You don’t get ABCD options. You can’t fill in the blanks of your life. It’s maddening if you that about it. Life doesn’t start out easy and eventually get harder. Life asks really hard things of you, right away. That’s what I love about it.”

Katie’s words are real. They are what we are all thinking but not saying, WHICH is probably why I found myself highlighting 62 different passages inside a book that only had 182 pages.

But that doesn’t really help you understand the story itself does it, so let me try something else.

“Finally, Forever” is (at the end of the day) a road trip novel. Long hours in a car, a few high-jinx to keep the story flowing. (You see what I’m getting at?) Having read several “road trip novels” in the past I expected the format to be the same, AND for the most part it was (when it came down to it’s bare bones.) But it was decidedly different when it came establishing the characters for both series and non-series readers. (It’s important to note that I DID NOT read book 2 in this series.)

With so few pages (especially in a book that essentially could be read as a stand alone novel) it’s sometimes difficult for me to connect to characters. That wasn’t the case with “Finally, Forever.” Instead of filling the “drive-time” with meaningless small talk, she filled it with solitude. This allowed both Gray and Dylan to internally reflect. Exposing more of themselves than if they had simply spoken aloud their frustrations. For example:

“He’s doing it again. He’s building a wall around his mind, a giant barricade with guards standing watch behind the parapets, weapons and arrows posed and ready to disarm at anyone daring to come through. But his mind is like a town that I’ve lived in and I know every street. I’ve memorized every turn, every slope, and every jagged hill. He can put up road blocks and build detours all he wants, but I know my way around with my eyes closed.”

“The trick was not to think at all. As long as I filled my head with constant music and my life with distractions then I was fine. I only thought about her during the narrow cracks of silence, so I filled those cracks, cemented them tight and kept her out.”

I’m not insinuating that there was NO dialogue, just that the majority of it was done when the car was parked. (For a tornado, or convenience store robbery, or wedding.)

As for the plot itself, if was fun, and sad, and frustrating. Gray and Dylan obviously love each other. And the self-torture they submit themselves to while trying to deny that love causes a wide ray of emotions and miscommunications. The car never stops moving, (figuratively speaking) but they do. Therefore the entire plot (despite one sister hiccup) comes down to their relationship and the question: Will it survive?

It’s safe to say I’m not going to answer that for you. What I AM going to do though is encourage you to read this series. Even if romance, NA, roadtrips, and angsty tension isn’t your thing.

Happy Reading my fellow Kindle-ites and remember: Life’s too short to hide behind lies and good intentions. Be honest. With everyone.

Note: This book is the 3rd book in the series, BUT can be read as a stand alone as well. However…if you would like to read the first two (which I recommend if for no other reason that they are good.) Here are they are. 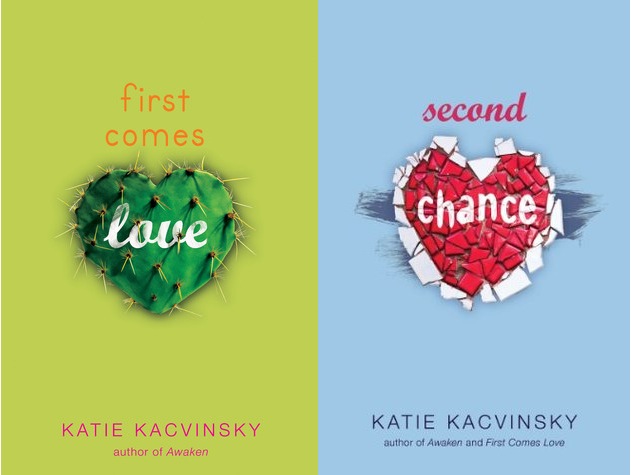 Like his name, Gray is dark and stormy. Dylan, a girl who is seemingly unable to settle down, is the exact opposite: full of light and life. On the outside, they seem like an unlikely couple. But looks can be deceiving, and besides, opposites attract. What starts as friendship turns into admiration, respect, and caring, until finally these two lone souls find that they are truly in love with each other. But staying in love is never as easy as falling in love. If Dylan and Gray want their love to last, they’re going to have to work at it . . .

Can two drastically different, imperfect people be perfect for each other?

It’s been four months since Gray and Dylan have seen each other. Dylan’s been traveling in Europe, while Gray has college, baseball, and a life rooted in one place. Gray’s determined to forget Dylan, the girl he fell in love with in First Comes Love. Besides, how do you make a relationship work with an independent loner?

Just when he decides he’s over her, Dylan makes an unexpected entrance back into his life, hoping their steamy romance can start right where it left off. Gray realizes you can tell your mind to do one thing, but you can’t always convince your heart to follow. Dylan realizes she finally has to make a choice between freedom and her relationship with Gray.

Hilarious, intense, inspiring, and emotional, Second Chance shows that love is a journey, and there are never clear road signs or maps to guide you along. You can only navigate with your heart.