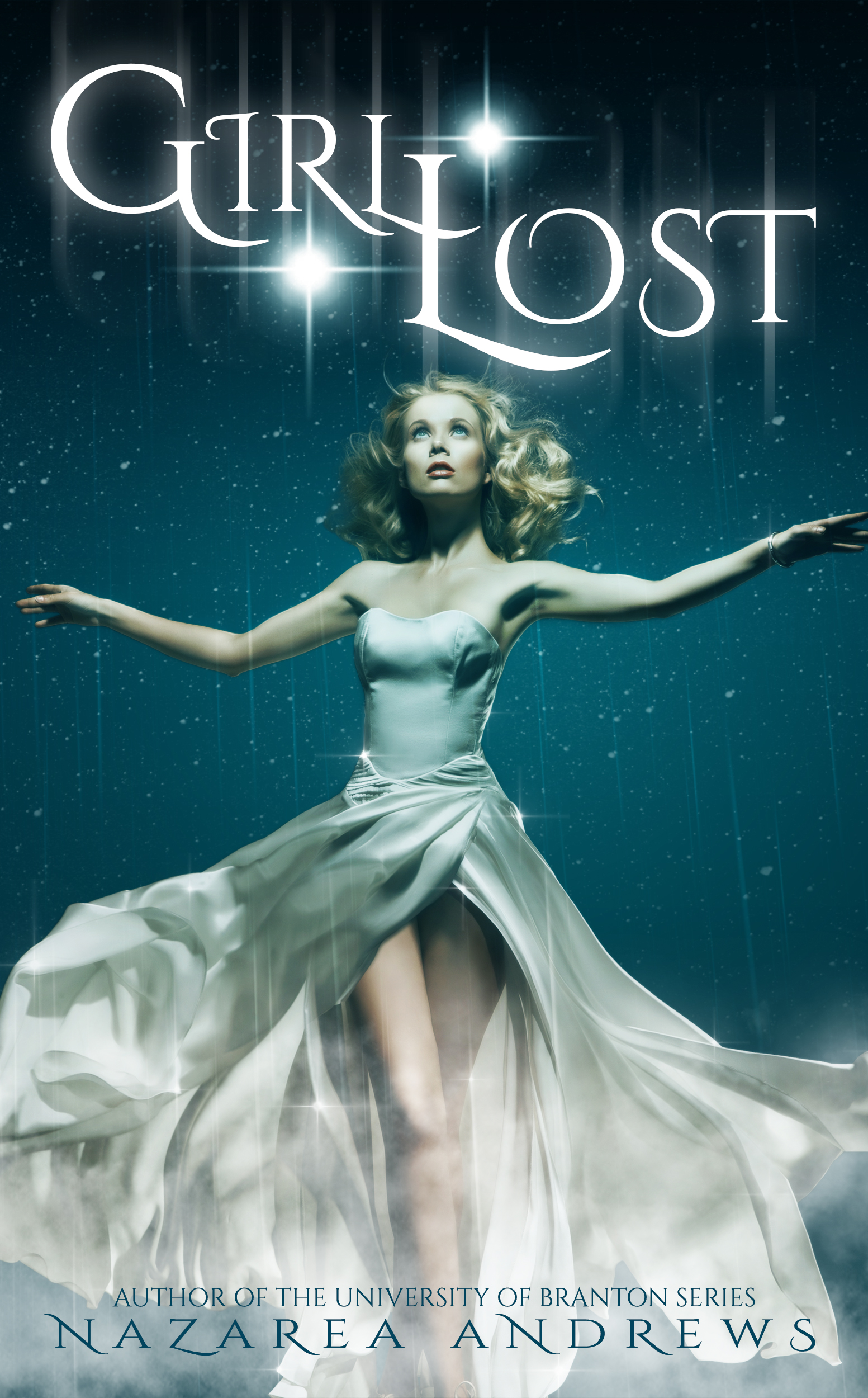 The Boy shifts in his pile of leaves. Fall has settled over Pembrooke, and the grounds are speckled in the golds and yellows and reds of autumn. I sit on a bench, but I can see him from the corner of my eye, crouched there, his movements betrayed only by the crackle of the leaves.

The Boy, picking his way through the skeletons of a thousand dead. A morbid thought if I’ ve ever had one.

“I missed you, pixie girl.”

I shake my head, my curls falling over my cheeks and hiding him. The leaves rustle as he creeps out of the forest to sit by me. It’s been almost two years since the accident—what everyone else has decided to call the accident. And he looks the same as he ever did. Sly and secretively amused. Quiet as he comes to my side, but something about him is taut, urgently waiting for some sign from me.

I don’t know what to say to him.

“Micah doesn’t believe me, when I tell him about you.”

“Why bother?” he asks, kicking at the ground. He looks young, in this moment—eternally young.

“Because he’s my brother,” I say dumbly. “My best friend.”

“I told you. No one believes. They will tell you I’m not real. They want to take me away from you.”

The Boy, always a fidgeting presence, goes painfully still. His breathing stops, and I force myself to stare at the leaves drifting down, to not glance at him. I can’t look at him.

“You know what happened, Gwen. You know the truth about me.”

I shake my head. “Grayson says the accident could have caused a break—that I could be seeing you because I can’t handle the trauma of being on the Second Star with my parents dead.”

He scoffs, an impatient noise. “You know better. You just want to take the easy way out.

That infuriates me, and I do look at him. Damn him to hell. “Easy? Easy? What the hell do you think is easy about this? I’m in a mental institute. My best friends are a brother who thinks I’m insane and a doctor who won’t tell me I’m not. I see things no one else does, and you—every time I think I’m getting better, you show up and I can’t decide what I believe.” I’m hysterical, my voice a shouting whisper. He stares at me, cat eyes startled. “My parents are dead! What the hell do you think is easy about any of this?”

I jerk to my feet. I am rarely the one to leave first, but this time I am. And he doesn’t try to stop me. 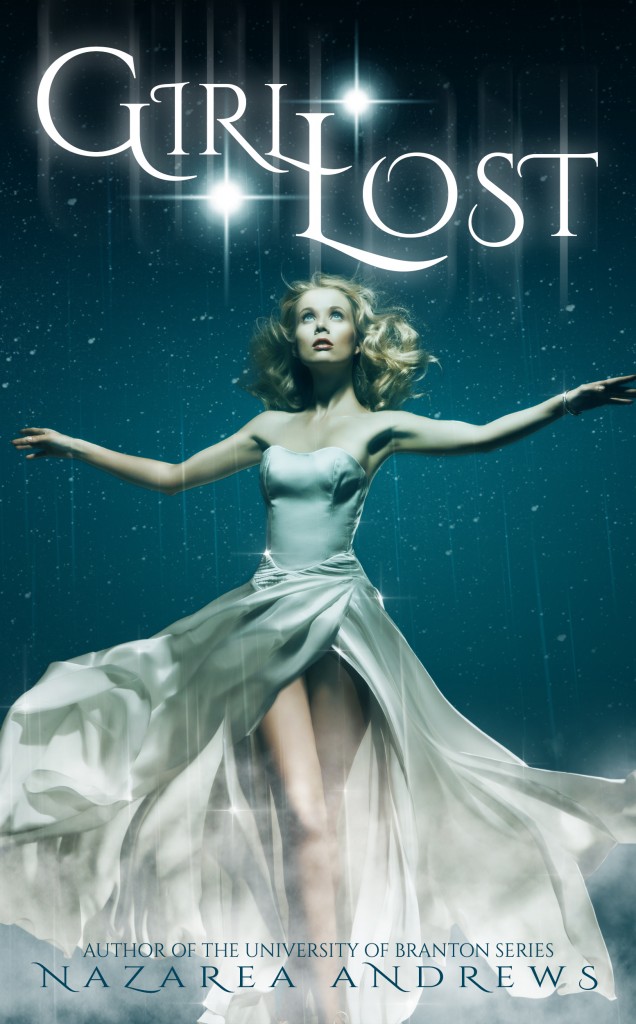 Peter Pan is a pretty big deal in my house. (Well, his nemesis Hook more specifically, but that’s a story for another day.) After Pan’s appearance on the TV show “Once Upon a Time” my children started to ask questions.

“Who are the lost boys?” “Where did they come from?” “Why do they do everything Pan says? Even when it’s mean?”

And so on and so on.

I tried to explain (Really, I did!) but decided it would all make much more sense if they just listened to the story the way J.M. Barrie intended it. So I read it to them.

It has been YEARS since I read Peter Pan, and (to be honest) up until this point I had only read it once. (AKA: my memory bank only contained broad details.) Under different circumstances this wouldn’t have mattered one iota to me, but finding myself reading a modern retelling a few months later? I was happy I was a wealth of information.

Why? Because I was able to pick up on details I NEVER would have otherwise. For example: I had actually forgotten who wrote PP until I was forced to look it up. (I know…shame on me.) The lead protagonist’s name in Andrew’s “Girl Lost?” Gwendolyn Barrie. Coincidence? I think not.

But, I think I’ll leave the semantics for the book club. How about I talk about what I liked and what I very decidedly DID NOT!

Northern was supposed to be a fresh start—a place where people didn’t know who I was or how I had spent years in and out of mental institutes. People didn’t know about my parents death or the island no one heard of. But when Peter sits next to me in lit class, I can’t stop the memories, and I don’t want to. He looks too much like the boy from the island, and despite my best intentions, coaxes my secrets from me.

He’s gorgeous, irresistible, a little mad, and completely lost—we are a pair of broken cogs in a world neither of us truly fits into. He is somehow gentle and fierce, heartbreaking in his devotion and savage in his defense.

When Belle, his best friend, shows up, pale and lovely and sick, Peter pulls away from me, a startling withdrawal. It’s a relationship that scares and confuses me. She is at times warm and friendly, and other times is violent and unpredictable.

Peter says that he wants me, but refuses to let himself get close. And there are secrets, surrounding both of us, that border on nightmares. As the memories close in, as Belle gets sicker and more violent, I’m torn between what is true and what I believe, and what this magical boy knows about my mysterious past.

This is an excellent conceptual retelling of Peter Pan. The longing, the mystery, the jealousy…it’s all there. The mental instability of Gwen was artfully crafted, and the desperation felt in each of her companions (Peter, and her little brother Micah) felt like waves of hope/grief/and confusion bleeding off of the page.

I appreciated the fact that Andrews allowed Gwen to be strong despite the overwhelming evidence that she was “certifiably crazy” (her words, not mine.) That Micah’s sense of duty faltered when faced with the possibility of a lifetime of a crazy sister-sitting. Even Gwen’s outlying relationships (her roommate, the pirate, her therapist) were impressive.

I LOVED the idea of HOW she got to the island. I LOVED the flashbacks and internal dialogue about what HAPPENED on the island. I even liked here unwavering potty mouth. (A girl after my own heart.)

There are some SERIOUS holes in this story. Not just unanswered questions, but big gaping Grand Canyon sized crevices of missing information.

Take “the pirate” (Gwen’s nickname for him…though I think it was kitchy and a stretch.) Gwen first meets him while in the cafeteria. (If I’m remembering correctly.) They have a very brief 2 sentence conversation and then Poof! he’s gone. Ok, no biggie. However, a few chapters later Gwen walks into her dorm room to find him perched on her bed. Apparently he started dating her roomie and him and Gwendy were BFF’s. There was ZERO lead up. Not details as to how this happened. No explanation for their sudden familiarity. It was just there, in your face. Which made his obsessive need to protect her later seem a little off. (Read: I assumed there was an ulterior motive.)

Also, we are told Gwen is the heiress to a company, (and that she MUST be completely lucid to run it) over and over again, but WHY? Yeah, the first born is supposed to take charge, but if she’s a few marbles short why can’t Micah (who is working with a full deck and obviously smart) take over?

Why did it take 3 weeks to find her on an abandoned boat?

Why does she think she’s been gone for more than a month?

There were questions around every corner, but instead of answers we got quick snippets of NA style sexual encounters with Peter. The boy she is afraid of, yet can’t seem to leave. (Even IF he has been ignoring her for another girl for weeks.)

To make matters worse, the story just stopped with a.. “Guess what!?”

In short…for all of it’s good I found just as much bad. The story was both enthralling and incredibly frustrating. Two emotions that don’t work well with each other.

So here is my advice. At the very least…wait to see if a follow-up novel comes out. (So you don’t rage at the ending.) If you enjoy NA, you will probably enjoy this novel. (It’s chock full of angst.) But if you are wanting something a little more fluid, close to the original source material, or…sane? This is not the book for you.

Happy reading my fellow Kindle-ites and remember: Crazy is as crazy does. 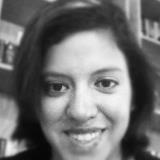 Nazarea Andrews is an avid reader and tends to write the stories she wants to read. She loves chocolate and coffee almost as much as she loves books, but not quite as much as she loves her kids. She lives in south Georgia with her husband, daughters, and overgrown dog.

Nazarea Andrews is agented, and all inquiries about rights should be directed to Michelle Johsnon of Inklings Literary.