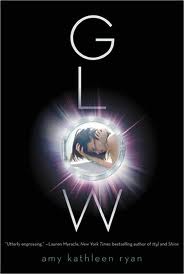 I have this saying that I like to use. Maybe “use” isn’t a good word, I throw it around like I’m allergic to it, but none the less… I have a saying and it goes something like this:

“I’m so pissed I could punch a bunny right now.”

I know, I know… it’s not exactly the most “animal friendly” of sayings and I’m sure that once this review goes live I’m going to get email bombed by PETA, but hey…it’s my saying, and I like it.

See…it encompasses a vast variety of uses.  Have a bad day at work? The “man” got ya down? Maybe you found a book that really annoys the crap out of you and you have no idea how to explain how much you wanted to chunk it across a room. This phrase says it all!

You LIKE bunnies right? You think (that despite their alarming need to replicate) they are furry, and cute and make your kids happy on Easter…right? So what could be worse than wanting to punch one?

Oh yeah… a book that really annoys the crap out of you and you have no idea how to explain how much you wanted to chunk it across the room. (<– 2 points for wit!)

Alright, I’ll get to the point, but first (cue dramatic music) the synopsis.

“If a violent battle destroyed the only world you’ve ever known, would you be brave enough to save who was left? Would love be strong enough to survive the fight? Either way, there’s no turning back.

The Empyrean is the only home 15-year-old Waverly has ever known. Part of the first generation to be successfully conceived in deep space, she and her boyfriend Kieran will be pioneers of New Earth. Waverly knows she must marry young in order to have children who can carry on the mission, and Kieran, the handsome captain-to-be, has everything Waverly could want in a husband. Everyone is sure he’s the best choice. Still, there’s a part of Waverly that wants more from life than marriage, and she is secretly intrigued by the shy, darkly brilliant Seth.

Suddenly, Waverly’s dreams are interrupted by the inconceivable – a violent betrayal by the Empyrean’s sister ship, the New Horizon. The New Horizon’s leaders are desperate to populate the new planet first, and will do anything to get what they need: young girls. In one pivotal moment, Waverly and Kieran are separated, and find themselves at the helm of dangerous missions, where every move has potentially devastating consequences, and decisions of the heart may lead to disaster.”

My how I’ve missed you.

Wait… your not sci-fi? You’re actually a religious driven rant sloppily disguised as a space shuttle take over with barren women and one very sloppy plot?

Ok, that was a tad rude. I apologize, but I feel the need to stress just exactly what you are getting yourselves into if you do (despite me advice *wags finger*) decided to purchase this book.

Yes, there are a shit ton (hmm… I think I used that same phrase in the last review, I need new material) of Sci-fi related elements to this book.  They are on a spaceship, it’s kinda hard not to talk about artificial gravity, but despite it’s obvious outer-limits roots, this book is more of a angry woman turns her ship into a cult and decides to whack some people read.  Don’t get me wrong… I like a good whacking as much as the next person, but the way in which it was handled was… well, it wasn’t handled, let’s just leave it at that.

The characters (despite Waverly…she was a little annoying at first, but pulled through) were bland. This was the biggest problem of all.  The Empyrean (Waverly’s ride) was overthrown by an evil mongrel (who does not deserve a proper name) and thrust into an upheaval of epic proportions. And what did we get from the characters. “Blah” that’s what we got.  I hate to sound mean, but (other than Seth) I didn’t care what happened to them.  Take them away, let them float amongst the stars, throw them a party and take embarrassing pictures of their oddly shaped party hats? I DON’T CARE.  I don’t know about you, but if I don’t care about the characters, I won’t care about the book.

Now, back to the whole “religious driven rant” I mentioned above.  I am a christian.  I can appreciate religious literature, but since when did Sci-fi and the Mother Mary start running in the same circles?  That’s like saying Charles Darwin and Jesus Christ like to hang out on the weekend and throw back some cold ones. I was genuinely confused by it.  This book had a fantastic premise, hell… despite my better judgement I will probably read book 2 (only because this one ended in a cliffhanger) but half way through the plot became a spiderweb of “good religion” vs “bad religion” not the fight for their lives that it SHOULD have been.

And  lastly… because this review is already longer than the Declaration of Independence. The narration was less than desirable.  Under normal circumstances I welcome duel narration, but I firmly believe Glow would have benefited for 1 perspective.  Does that mean I didn’t get anything out of Keiran’s slightly vapid narration? No… he had his moments, and even started some rather interesting bisecting plot lines, but instead of the writing making me feel closer to the intended party, it only made me grit my teeth and hope Waverly’s voice would come back soon.

The only GOOD thing I can say about this book is that it is 100% original, I’ve never read anything like it.

So…where does this leave me? In short, disappointed.  I really wanted this to be good.  It has been sooooo long since I have read Sci-fi and I was practically salivating when I got it in the mail, but alas… that’s what I get for throwing all my hopes and dreams at it.

Pass on this one peeps… you will only find yourselves annoyed and wishing for more.

Happy Reading my fellow Kindle-ites and remember: Sometimes you win some, sometimes you lose some, and sometimes you want to drown yourself in gummy bears and pretend you never even hear of it.