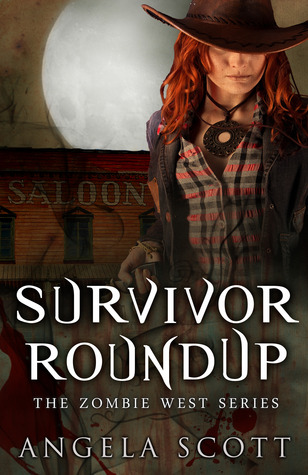 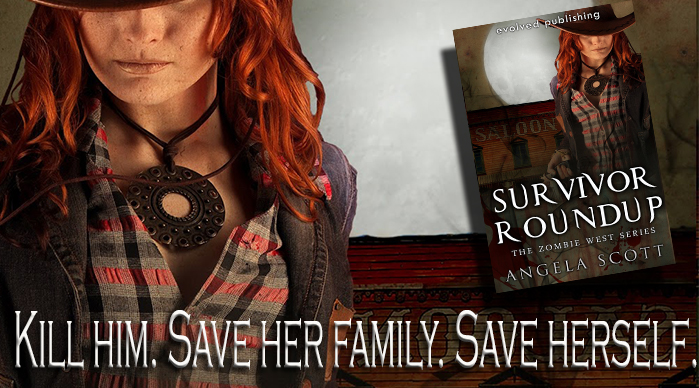 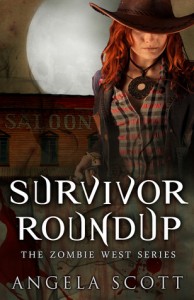 See, I am not a runner. As a matter of fact, “running” is a four letter word in my house (strictly forbidden upon pain of spork in eye.) Knowing this (the running part, not the “I’m one step away from a loony-bin spork threats” part) I’ve had to devise my own zombie Apocalypse plan.

1. Running is for suckers (or really skinny chicks named Kelley <–with an e.) Avoid it at all cost because one block in your ass is going to be on the ground puffing like a hypertensive blow-fish.)

2.  Guns blow. They are loud and unless you took a “bullet making” course at your local community college, chances are you are going to run out of bullets before your town runs out of brain deprived mommy munchers.

And 3.  Swords worked for King Arthur so they are good enough for me.

So feel free…run. When you get tired (and inevitably die a horrible death that is bound to involve missing limbs of some sort) I’ll be sure to collect your scattered parts and use them as kindling.

Why does this matter? It doesn’t… I just wanted to talk about my awesome plan. Oh…and this book about zombies and a girl who uses a sword. Take that naysayers!!!

“Red always knew she would have to face the man who nearly destroyed her. She just didn’t figure it would happen so soon…

With the plague sweeping across the nation, destroying many and turning others into walking corpses, survivors head West in search of a chosen land, a place designed to keep the infected out, while sealing survivors inside. In theory, the idea seems the only way to keep humanity alive. In practice, it doesn’t matter whether a person is on the inside or the out—there is no humanity.

…And even though John Gatherum hunted her down and instigated their reunion, Red’s no longer the passive girl he once manipulated. This time, she has a hidden agenda of her own.

Kill him. Save her family. Save herself.”

Ok, so now that you’ve confirmed that I may in fact be a lunatic, how about we talk about Survivor Roundup (book #2 in the Zombie West Series. See my thoughts on book #1 HERE)

Keeping with the tradition of me being a total hardass, I’ll start off by saying SR was not as good as it’s predecessor. Good but not AS good.

Because I didn’t like the Indians. (Hmm…maybe I should have worded that differently. You know, where I don’t sound racist.)

Anyways, in the beginning of SR we are reintroduced to Red and Trace. The super/awesome/we-can-survive-the-end-of-humanity-as-we-know-it  power couple. Things are great (minus the almost starving part) and the zombies are out of arms reach. (Cha-ching.)

But, this is a story about zombies and Red the “almost zombie” (<–yes, that is a technical term. *cough*) so things can’t stay happy right? Right! So Red and Trace set off on an epic journey to find food. (Duh… I did say that almost starved, remember.) And after one day (I think) tragedy befalls them. They are separated and this is where the story really starts to take shape. (Ahem…Indians.)

So what was my problem with the Indians?

Nothing really…the actual Indians were great. I loved their individual personalities and they served a purpose. The problem I had was that I was bored. For some reasons these particular chapters (which happened to be from Trace’s POV) seemed to drag. Maybe it was the repetition of “you are weak” “you are lazy” that had me yawning and clamoring for Red’s chapters. (We get it!!! He got his ass handed to him.) Maybe I just have a raging girl crush on Red. (Come here honey…give mama a hug) Regardless, I found myself sighing (on more than one occasion) when I flipped the page to find I was no longer with the red-headed hotshot, but her long-lost beau instead. (Boo!)

Indians and perpetual boredom aside…Ms. Scott had absolutely zero problem delivering in the ick department. Need proof? Ok! The passage below illustrates just how proficient she is at building a scene. A nauseating/completely rad scene.

“The thick smell of blood and rotting fish hit him hard, but that wasn’t what threatened to turn his stomach. Metal pans, scalpels, saws, butcher knives, ice-pics, and unidentifiable tools of equal destruction reflected the dim light. Bottles filled with god-knows-what sat on shelves. Hooks hung from the edges of a large, wooden table that appeared stained with…Oh jeez.”

Still not convinced? Try this on for size:

“Foamy saliva leaked through the cracks of her mask as she snapped and growled, and the table shook when she banged the back of her head against it over and over again.  One end of the rubber tubing plunged straight into the top of the girl’s skull, the other stuck straight out of her open chest, revealed her blackened, un-beating heart.”

Makes you hungry doesn’t it? (lol)

All kidding aside, though not as good as her debut…it was still one heck of a kick-tush zombie romp. One that genuine zombie fans are sure to enjoy.

Happy Reading my fellow Kindle-ites and remember: Swords only need to be sharpened!!!!