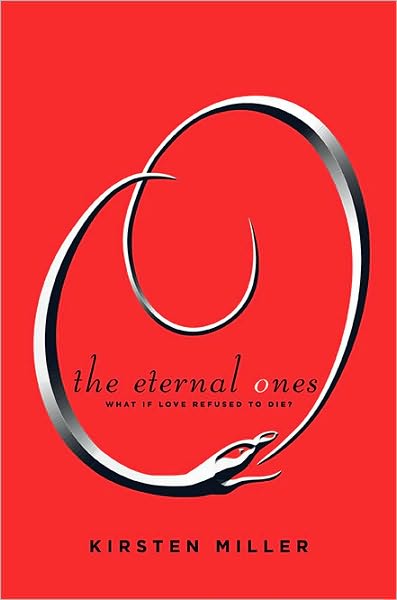 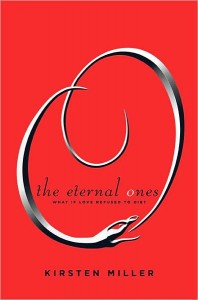 It is almost a guarantee that at some point in my literary journey I will experience bouts of deja vu.  I cannot expect to read stacks of books a month and never pick up on the similarities, but reincarnation? Talk about ironic.

Last week I reviewed Lauren Kate’s novel “Torment” which, (in short form) is a love story based on the inevitability of reincarnation. “The Eternal Ones?” Same lyrics, different music.

Haven is a high-school senior, well… not just any high-school senior, Haven is a high-school senior who blacks-out and has visions of a past life.  No biggie right? Not so much.  Growing up in a small town Haven’s visions have been tagged as the work of a demon, and to make matters worst, her grandmother is a bible toting, judgement hurling, watch-out she just might be the sister of Stalin, thorn in her booty.  Constantly affronted by visions of a cute boy and memories of New York buildings she’s never actually been too Haven sets off to get answers.  Armed with nothing more than a hand full of questions and a photographic memory she suddenly finds herself in the middle of something much deeper than she ever intended.  Is Iain Morrow really her mystery man? Why is it so important she stay away from Ouroboros Society, and who the hell are the “Gray Men?”

My 1 sentance review? I did not like this book.

The concept was great. Reincarnation, love, mystery, the suspicion of deceit, but the execution was less than fantastic. (think 5 hour layover in Tajikistan with no water.) The entire first half of this novel (when the heroine was still in her humble little town in Tennessee) drug, and I’m not talking slow paced, I’m talking so slow it looped on itself.  The characters kept repeating themselves, and to make matters worse, we got the hear the non-sensical ramblings of her grandmother in VERY extensive (completely meaningless) detail.  Now… if that alone was not enough to turn you off how about this… with the exception of 1 drug addicted artists, I disliked ALL of Miller’s players.  Where I should feel drawn to a character I was turned off, and in the end I would have been just as happy to close the book at 80% and assume they all got whacked.  The only redeeming quality I can even begin to point out is Miller’s spectacular ability to create several fluid lines of mystery at once.  It’s just to bad her lines of mystery focused on a tortured love story that read more “eh” than “ah.”

My final thoughts? Save your money. $11 is a little steep for a heaping pile of frustration.