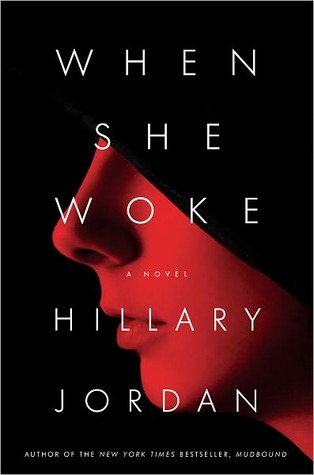 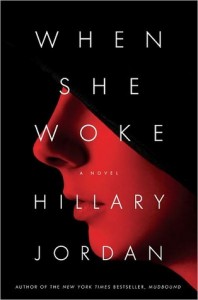 I am a person who is very easily annoyed.  Yes, yes…I know what some of y’all are thinking. “You’re a woman, it pretty much comes with the territory.” To which I say, touche’. I despise gummy worms. My OCD makes it completely impossible for me to eat them because they are more than one color.  Women that take 10 minutes to order coffee? Ugh! Reality TV. Don’t even get me started. But these aren’t really ISSUES are they.  Tiny grievances of a mad woman really, not Earth shattering stances on effectual matters. (Wow, that sounds pompous.) My point is you, know me pretty well…superficially. As for those Earth shattering hum drums?  I keep those locked up pretty tight (I don’t want to bore you with my political views. I don’t see the point.) with one exception. (ok, two if you count Whaling. That is like picking a fight with a hungry badger.)

Religious persecution is defined as: the systematic mistreatment of an individual or group of individuals as a response to their religious beliefs or affiliations or lack thereof.

I am a hardcore believer in people having the right to believe whatever they want to believe whenever they want to belive it.  Are you Islamic? Awesome. Two thumbs up. Have fun with that. Christian? Muslim? Atheist? I don’t care.  At the end of the day people are people.  We love, we hate, we live, we die.  Why should our personal beliefs cause war, strife and mistreatment? You have the same essential parts as me.  I mean, I’m pretty much the bionic woman with all of my  fake parts and pieces, but I have skin, and a brain just like you right? Right.

So when I finally got around to reading Hillary Jordan’s novel “When She Woke” and realized that religious persecution was the basis for her “New America” (which reads with a Dystopian flare) I was instantly  enslaved.

“Bellwether Prize winner Hillary Jordan’s provocative new novel, When She Woke, tells the story of a stigmatized woman struggling to navigate an America of a not-too-distant future, where the line between church and state has been eradicated and convicted felons are no longer imprisoned and rehabilitated but chromed—their skin color is genetically altered to match the class of their crimes—and then released back into the population to survive as best they can. Hannah is a Red; her crime is murder.

In seeking a path to safety in an alien and hostile world, Hannah unknowingly embarks on a path of self-discovery that forces her to question the values she once held true and the righteousness of a country that politicizes faith.”

Now, before I go too much further [in this review] let me explain one very important plot point. Abortion. Throughout this book (if you decide to read it) you will not only travel INTO the abortion clinic (or hideout which happens to be the case this time) with Hannah, but you will be subjected to lengthy passages that debate the issues of pro-choice.  If you have issues with this topic, this might not be all that enjoyable of a book for you.

For everyone else…lets talk about chroming.

What is chroming? Well…in Hannah’s world (which is still the US, but one that is controlled by a heavy religious hand – almost to the zealot point) it is how criminals are punished. In a wild turn of events (that if I’m assuming correctly was partially influenced by the cost of housing inmates) the government has established a color coded system for deviants. But it’s not a simple as wearing a yellow shirt, or slapping on a bright red hat that says “Hey…I wacked my step-dad because he thought that touching my baby sister inappropriately was A-OK” No, whoever did the crime is tainted with their time.  As in skin color.  By some crazy genetic super science miracle (that I will never be able to comprehend) a system was devised to alter a person’s skin tone based on the severity of their miscreant actions. For example yellow is a misdemeanor. Red, murder. The chroming process takes place immediately after sentencing, and then…after a short stint in a correctional institution (that goes out live to everyone on public access television – aka Joe Bob can catch your 2am tinkle time if he so desires) they are set free to live out the duration of their sentence. Stop by every few months, get recolored (so you don’t frag out, or go bat shit crazy) bing bang boom. Yahtzee. Doesn’t get much better than that right? Wrong.  This is where story takes place.

Think about what I just explained for a few seconds. Got it? Understand it?

Now…think about reentering a society (with pretty much no money) that is now a country run by religious leaders; that look down on even the most ridiculous of things (women can’t wear jeans, they encourages sexual thoughts) and you are RED. People look at you differently, because you are a murderer, says so right on your face. You are forbidden from using public restrooms.  Extremist groups (who pray on chromes) blanket the city.  What would you do?

These were the things Hannah had to deal with in “When She Woke.” She awoke from chroming as a persecuted woman.  For having too much faith, or not enough.  She was judged for her personal choices by people she didn’t know personally.  She was damned by her color, and also desired because of it.  She was no longer Hannah.

All of these elements combined made for a pretty interesting book.  Shocking at times, to see how people act when confronted with their own self-worth. But still interesting. And, while I would have appreciated a tad more dialogue (80% of the book is introspective) the formatting did an excellent job of illustrating its point. Which was…you are who you make yourself, not who other people TELL you you are.

This book was a tad more “chick lit” (or “The Scarlett Letter”) than dystopian, so if you are banking on the big D to sell you, you might want to think again (I have a feeling you would walk away from this one disappointed.) But, if you like “thinking” books, and can appreciate the complexities of personal struggle, this one might just be up your ally.

Happy reading my fellow Kindle-ites and remember: “We can never obtain peace in the outer world until we make peace with ourselves.” – Dalai Lama