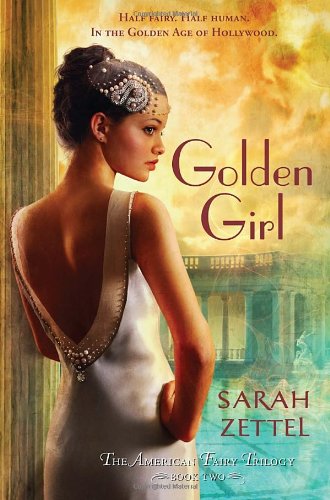 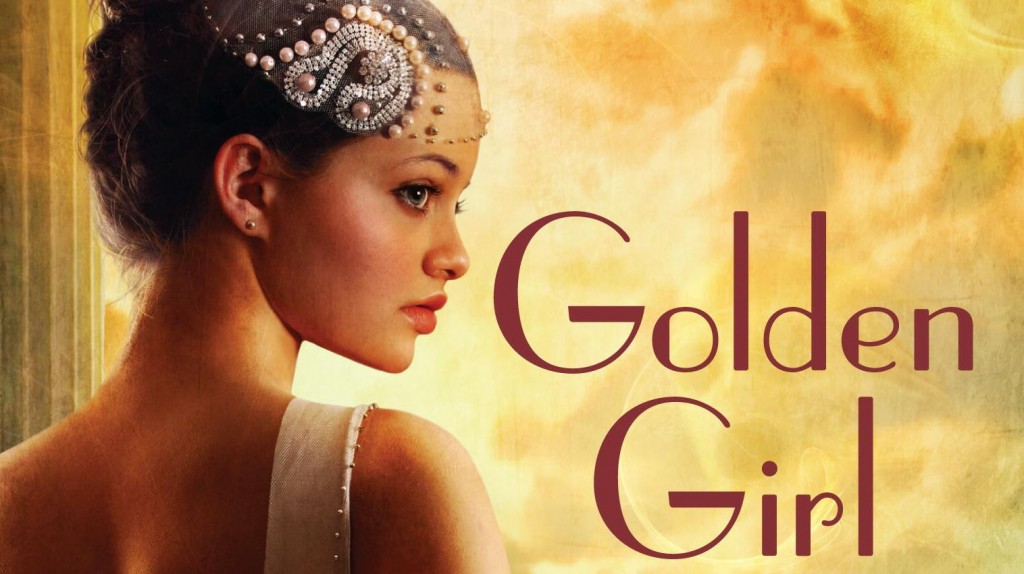 There is this quote by the amazing Joss Whedon that says:

“I am a fan of sequels even though they are inevitably awful.”

Now, Joss was of course speaking about theatrical sequels, but the last four words of his simple statement (they are inevitably awful) are (sadly) more than often true when it comes to literature as well.

These “awful sequels” however do not usually come on the tail of a less than impressive predecessor. Nine times out of ten, if the first book was a flop, you aren’t going to bother yourself with the rest of the series. It’s the amazing FIRST novel that convinces us to keep reading.

There are exceptions to every rule though aren’t there, and “Gold Girl” by Sarah Zettel is not only appropriately titled, but so far superior to it’s matriarch “Dust Girl” that I had a difficult time believing they were even written by the same person.

“Callie LeRoux has put her grimy, harrowing trip from the depths of the Dust Bowl behind her. Her life is a different kind of exciting now: she works at a major motion picture studio among powerful studio executives and stylish stars. Still nothing can distract her from her true goal. With help from her friend Jack and guidance from the great singer Paul Robeson, she
will find her missing mother.But as a child of prophecy and daughter of the legitimate heir to the Seelie throne, Callie poses a huge threat to the warring fae factions who’ve attached themselves to the most powerful people in Hollywood . . . and they are all too aware that she’s within their reach.”

Here’s the deal. Two fold and up front. I didn’t like “Dust Girl.” If you read my review for it you might have noticed phrases like:

“a rather catastrophic beginning to a series”

In short, it was a novel jamb packed with awesome stuff with no glue to keep it together. IF I hadn’t already obligated myself to read the THIRD book in the series, I probably wouldn’t have read THIS book. That said, I’m glad I was obligated, because what I found lacking in the first novel, was aptly placed on the first page of “Gold Girl” adding a level of depth and clarification that was absent from (and the eventual downfall of) “Dust Girl.”

Here, let me spell it out for you:

“Once upon a time in Kansas, there was a normal girl called Callie. I thought she was me. I’d been told all my life she was me. Turns out, all my life I’d been lied to. Turns out, I was about as far from a normal girl as you could get. I wasn’t even human. Not all the way, anyhow. My father, Daniel LeRoux, who’d run out on my mother before I was born, wasn’t just a piano player; he was a prince of fairies. The Unseelie court fairies, to be specific. He hadn’t run out on my mama for any of the usual reasons. He had gone to renounce the throne so they could get married. Be he never came back, and I grew up with just Mama in the Imperial Hotel in Slow Run, Kansas. Times were worse than bad because the rain had stopped and the dust had come to cover Kansas. I guessed Mama decided all that truth – my being half fairy, or having magic in my bones, or waiting on my father to get back from telling his Unseelie parents he wasn’t taking up the family business of being royalty – was kind of a lot to lay on a girl stuck out in the Dust Bowl. I didn’t know for sure why she hadn’t told me about Papa and the rest of it. By the time I found out, Mama had vanished too, in the middle of the biggest dust storm the world had ever seen. But it wasn’t the dust that got her; it was the fairies. The bright, shining ones. The Seelies. Now I was out looking for Mama, and Papa, and the rest of the truth about myself. As you’ve probably figured, that was a tall order, and a long road. So far, it had taken me all the way to Los Angeles, California. I had no idea how far it was going to take me before I hit the end.”

From the outside looking in, this may not look like much, but let me assure you…it is. The problem with book one was that it became very abstract and the main story became harder and harder to find. By the end of the novel, it was all just a bunch of words and circumstances that meant very little and went next to nowhere. This simple opening brought everything back into focus. Set everything back on the rails, and allowed the TRUE story to open on solid ground.

From that moment on, everything changed. The story of Callie and her fight to save her parents, protect her friend, and not lose herself took center stage. Everything else was just a beautiful harmony surrounding it. But enough waxing poetic. Let’s talk about the characters a little since I didn’t really touch on them much in my “Dust Girl” rant.

“Dust Girl” had it’s fair share of supporting characters, (Evil Uncles, Desperate Grandmothers, Duty-bound fairy friends) but none that really expressed the differences between the two fairy courts. In “Golden Girl” the main plot surrounds Callie’s discovery of her parents IN the Seelie court and her plan to rescue them. This small line of discovery opened the door for Zettel and her ability to manipulate multiple characters into existence. There will alway be Callie and her hardworking side-kick Jack. But now there is Ivy Bright, a Hollywood starlet that is much more than she appears. There is also Paul Robeson, who knows more than he should, and a whole handful of Seelie stand-ins. These extra characters (and their connection to the “other side” of the story) opened several doors for growth in both Callie and Jack, but also Callie’s parents and the relationship between the lot of them. They also added an element of emotional drama that (despite the anxiety over her missing parents) was not at all convincing the first go around.

This emotional connection helped further the plot as well. I felt more invested, not as annoyed. I followed the ins and outs of the fairies and their abilities more easily. I started to feel excitement for the next page, not dread. All of these elements rounded out to produce a truly enjoyable sequel. A sequel I firmly believed didn’t have a chance in hell of surviving the sequel-pocolypse.

There was heart. There was action. There was a solid story, with a solid purpose. There were fairies, and deception; body engulfing summons and raging jealousy. THIS was the book that should have opened this series. It made me want to keep reading. It forged a warpath, and I happily marched behind with wishes and hopes for a righteous ending.

So what does all of this mean? It means that if you managed to struggle through the first “American Fairy” novel, you’ll be happy to get your hands on the second.

Happy reading my fellow Kindle-ites and remember: Sometimes obligations are a gift, not a curse.