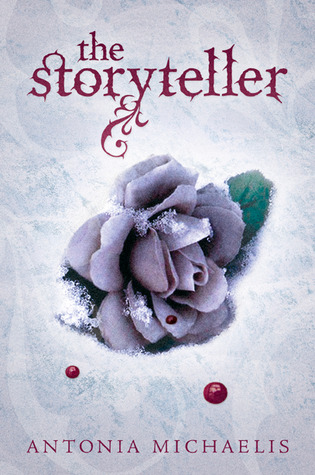 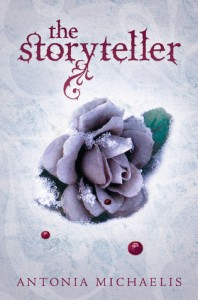 “The pleasure we feel in criticizing robs us from being moved by very beautiful things.”

As a reviewer I sometime feel it is my duty to look past what is good in a book;  to point out it’s flaws;  to shine a light on the things that may irritate you or turn you away from a novel rather than pull you in. And… on any other day, with any other book…this might still be the case.  But every once in a while, when the air is thick, and the book in your hands makes it difficult to breathe, the flaws are no longer important.

Sometimes words aren’t enough, because how do you tell someone that a book broke your heart?  That a piece of your soul was lost today, trapped between hundreds on sheets of paper, and put on a shelf to turn to dust.  You can’t.  You can only talk of its beauty and leave the criticizing behind.

“Anna and Abel couldn’t be more different. They are both seventeen and in their last year of school, but while Anna lives in a nice old town house and comes from a well-to-do family, Abel, the school drug dealer, lives in a big, prison like tower block at the edge of town. Anna is afraid of him until she realizes that he is caring for his six-year-old sister on his own. Fascinated, Anna follows the two and listens as Abel tells little Micha the story of a tiny queen assailed by dark forces. It’s a beautiful fairy tale that Anna comes to see has a basis in reality. Abel is in real danger of losing Micha to their abusive father and to his own inability to make ends meet. Anna gradually falls in love with Abel, but when his “enemies” begin to turn up dead, she fears she has fallen for a murderer. Has she?”

“The Storyteller” by Antonia Michaelis is unlike anything you have ever read.  It is not particularly happy, (German literature rarely is) it reeks of desperation, and it reads more like a journey than the mystery it’s touted to be.  But it’s short comings and questionable moral standings do not hinder this story like they would for so many others, instead…they are what makes it brilliant.

Imagine if you will, loving someone so much…that it is physically impossible for you to utter the words that would change your life.  That you’ve known nothing but hate, betrayal, and sacrifice for so long, that a piece of you…the “best piece” is irrevocably damaged.  Imagine, that the only way to express your true feelings is through made up words.  A fary-tale, told to a 6-year old girl who, against all odds believes in the magic of hope.

This is the what “The Storyteller” is all about.  A boy made of glass.  A girl who tries to shine it, and a little queen who despite the cold, has zero problem seeing the light at the end of the tunnel.

But…what makes it so special?  The writing.  Instead of READING the story, we are TOLD the story…as if we are children, snuggled in our beds, drifting along with the cadence of our loved one’s voice.

“The island,” Able said, “is made of nothing but rocks.  Or should I say, it was?  The island was made of nothing but rocks.  It was the tiniest island anyone can imagine, and it lay far, far out at sea.  On the island, there lived a single person, a very small person – and because her favorite place was the cliffs, the very top of the cliffs, where she could look out over the sea – because of that, they called her the cliff queen.”

There is a primary plot…I assure you, it’s what brought me to my knees, but they heart of the book is in the fairy-tale Able creates, weaving his sorrows and his fears into the actions of a few rogue characters.

“The Lighthouse keeper helped the rose girl aboard.  The little queen helped Mrs. Margaret, who was a little vain and had donned a rose petal for a hat.  But all of a sudden, the silver-gray dog was standing on the pier barking.  He jumped over the green railing of the ship, bared his teeth, and ripped the branches from the rose girl’s arm, and the roses covering that arm withered instantly.  ‘What are you doing?’ the little girl shouted angrily. ‘She has just saved me!'”

It’s not necessary for Michaelis’ characters to say they are sorry out loud, because they actively live it in their heads, and that my friends is what literature is all about.

So if you have never FELT a book, been moved to tears or wondered why you adore someone who, by any other standard you should hate, read this book.  It is sure to leave a mark, even if it’s one of disgust.

“These are scars of pity.  I had to do something afterward.  Something I’d feel…maybe not even out of pity but more for me, so I’d know I still exist in spite of everything…ridiculous, isn’t it?”

Note: Though this is said to be YA, I strongly discourage anyone under the age of 18 from reading it.  It is brillant, but it is harsh.  Be young as long as you can.