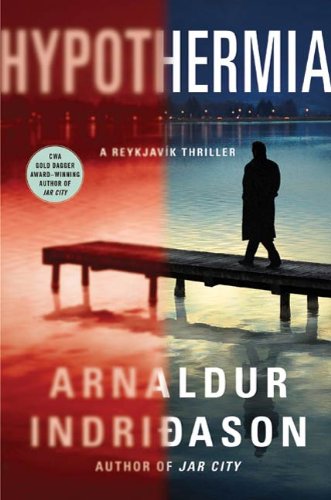 Afternoon Kindle-ites! Today I thought I would share a few book trailers with you.  I have only read 1 of these books, but I LOVE all of the trailers.  Happy Watching! (oh… if you want more details on the book, just click the image.)

Inspector Erlunder has spent his entire career struggling to evade the ghosts of his past.  But ghosts are visiting him, both in the form of a séance attended by a dead woman and also in the reemerging puzzle of two young people who went missing 30 years ago. And there’s the ghost of the detective’s disastrous marriage, which, despite the pleas of his drug-addled daughter, he is unwilling to confront. In addition, he’s still obsessed with the disappearance of his brother, who vanished without a trace when they were boys.

He can only run from his ghosts for so long, and, when they finally catch up with him, Erlunder is forced to face the heart shattering truth of his past.

One of the most haunting crime novels readers are likely to encounter this year or any other, this is classic story that belongs on the shelf of every serious reader of suspense fiction. Hypothermia will chill you to the bone.

Catch Me by Lisa Gardner

Detective D. D. Warren is hard to surprise. But a lone woman outside D.D.’s latest crime scene shocks her with a remarkable proposition: Charlene Rosalind Carter Grant believes she will be murdered in four days. And she wants Boston’s top detective to handle the death investigation.

It will be up close and personal. No evidence of forced entry, no sign of struggle.
Charlie tells a chilling story: Each year at 8:00 p.m. on January 21st, a woman has died. The victims have been childhood best friends from a small town in New Hampshire; the motive remains unknown. Now only one friend, Charlie, remains to count down her final hours.

But as D.D. quickly learns, Charlie Grant doesn’t plan on going down without a fight. By her own admission, the girl can outshoot, outfight, and outrun anyone in Boston. Which begs the question, is Charlie the next victim, or the perfect perpetrator? As D.D. tracks a vigilante gunman who is killing pedophiles in Boston, she must also delve into the murders of Charlie’s friends, racing to find answers before the next gruesome January 21 anniversary. Is Charlie truly in danger, or is she hiding a secret that may turn out to be the biggest threat of all?

In four days, someone is going to kill me. But the son of a bitch has gotta catch me first.

The Storyteller by Antonia Michaelis

**I just (like 10 minutes ago) finished this book and it is freaking FANTASTIC!**

Anna and Abel couldn’t be more different. They are both seventeen and in their last year of school, but while Anna lives in a nice old town house and comes from a well-to-do family, Abel, the school drug dealer, lives in a big, prisonlike tower block at the edge of town. Anna is afraid of him until she realizes that he is caring for his six-year-old sister on his own. Fascinated, Anna follows the two and listens as Abel tells little Micha the story of a tiny queen assailed by dark forces. It’s a beautiful fairy tale that Anna comes to see has a basis in reality. Abel is in real danger of losing Micha to their abusive father and to his own inability to make ends meet. Anna gradually falls in love with Abel, but when his “enemies” begin to turn up dead, she fears she has fallen for a murderer. Has she?