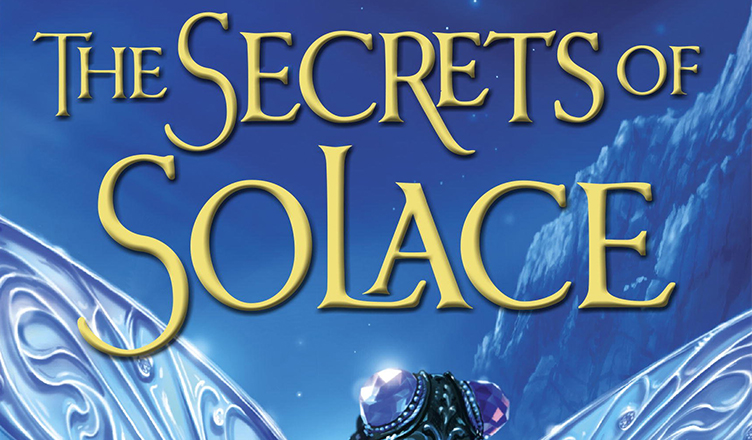 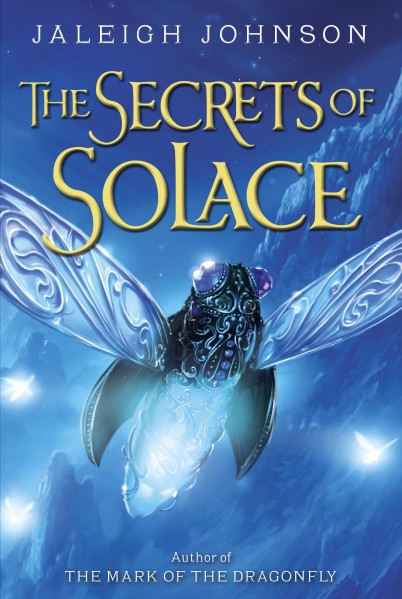 Lina Winterbock lives in the mountain strongholds of Solace. She’s an apprentice to the archivists, the wise men and women whose lives are dedicated to cataloging, studying, and preserving the objects that mysteriously fall from the sky in the scrap towns. Lina should be spending her days with books, but the Iron War has changed everything. The strongholds are now a refuge, and the people Lina once counted on no longer have time for her, so she spends her days exploring the hidden tunnels and passages of her home. The strongholds are vast and old, with twisting paths, forgotten rooms, and collapsed chambers, some of them containing objects that have been lost and forgotten even by the archivists. And in one of the forgotten chambers, Lina discovers a secret. Hidden deep in a cavern is a half-buried airship like nothing she has ever seen before. She’s determined to dig it out and restore it. But Lina needs help, and she doesn’t know anyone she can trust with her secret. Then she meets Ozben, a mysterious boy who has a secret of his own—a secret that’s so dangerous it could change the course of the Iron War and the world of Solace forever.

Back in April of 2014 I read an amazing novel by debut author Jaleigh Johnson. I loved the book so much that I made a point to mention it to every librarian I knew.

“Be sure to stock this book!” I would say…stars in my eyes like a small child on Christmas morning. “You won’t be disappointed!”

Flash forward to last month, I received an email from Johnson’s publicist asking if I would like to review her newest novel “The Secrets of Solace?” Of course, I jumped at the opportunity (it is entirely possible that I made a total ass out of myself in the process.) Why wouldn’t I? I was so impressed with Johnson’s ability to seamlessly mesh fantasy and steampunk in “The Mark of the Dragonfly” that I couldn’t wait to dive in and see what new and exciting tale Johnson was offering her readers.

Unfortunately (uh oh…there’s that word we all dread so much) “Solace” didn’t live up to it’s predecessor.

Now, before the lot of you go all Hannibal Lecter on my behind, let me explain. (I have notes people. NOTES!)

First, “Solace” was slow out of the starting gate. Though Lina (the protagonist) tried like hell to keep our attention with her ventilation system gymnastics and moss growing antics, I found myself openly sighing. (Yikes!) It wasn’t until page 72 when I read the phrase:

“The shadow figure moved fast across the cavern toward her.”

that my interest was sufficiently piqued and I wanted to continue. From that point on (admittedly) the story got better. Several additional characters were introduced (including, but not limited to a cat that has a tendency to burst into flames) dialogue improved (“Oh, you better believe I would. Every crack and crevice will be filled with the stuff.”) and a static plot finally emerged. (Praise Jesus!) But there were still lulls in the story; moments when I felt the momentum hit a brick wall all for the sake of embellishment. After reading the acknowledgements I realized why. Johnson had come up with the premise for “Solace” after one very memorable late night trip to the Louvre. The admission of this made the “hushed museum” ambiance of the book make much more sense. I’m not saying it excuses it, but at the very least I could understand where the pacing issues stemmed from.

All of that said (because what would I be if I wasn’t contradictory) the last 115 pages were fantastic. All of the qualities I so desperately craved finally started to find their way into the story, and boy was I a happy camper.  Lina’s rather awkward rivalry (which was continuously referenced but never explained, and then almost completely disappeared at one point) was finally FINALLY elaborated on. The semi-creepy “Come here little Prince…” assassin made his presence known (by way of cliff diving) and Merlin, well…I can’t give it all away can I? Needless to say, the ending delivered. It was action packed, allowed the characters to embrace growth (both the young AND the old) and managed to tie up most of the novel’s loose ends.

I just wish Johnson could have gotten to the point sooner. While I understand that most of it was probably written the way it was to help build a relationship and endear the reader to the characters, I firmly believe that at least 35% of Lina’s internal struggle could have been omitted due to repetition.

So here is my final take…

It’s NOT “The Mark of the Dragonfly” but it’s not a throw away novel either. If you have a middle grade reader who eats fantasy novels for breakfast, and is intrigued by the “unknown,” they will most likely enjoy this book. For everyone else, it’s gonna be hit or miss. If you expect to be entertained 3 pages in, this book is NOT for you, but if you are the type of reader who doesn’t mind wading through rough waters to claim your prize on the other side, go ahead and add it to your TBR.

One thought on “Something Is Missing + Giveaway!”