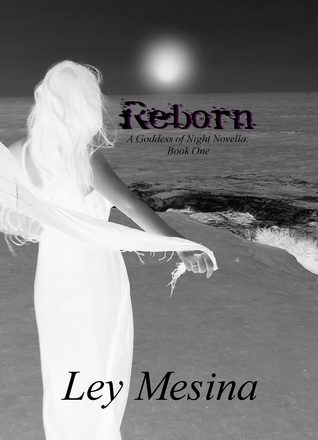 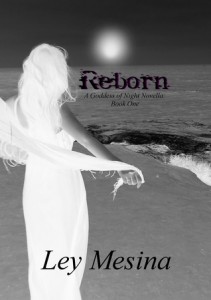 Sometimes there can be too much of a good thing.  Coffee for example.  It’s made of awesome, but if I drink more than 3 cups in an hour my behavior resembles more of a cocaine riddled chimpanzee than a human.  Cheese… great on noodles, bad on ice-cream.

My point? That sometimes writers should moderate rather than exasperate.  This is something Ley Mesina, author of “Reborn” should pay very close attention to.

“Lily Westbrook discovers that being half witch and half vampire is more of a challenge than she thought. When her powers mature on her eighteenth birthday, she unlocks a mystery that many witches thought was a legend.

After moving back to her birthplace in Cedar Creek, MA to attend Kensington University, Lily is instantly pulled deeper into the world she was kept from—the world of witches and vampires—uncovering the truth about her past and discovering who she is meant to be.”

Now, I won’t go as far as to say the “story” Mesina was trying to get across to her readers was bad.  It wasn’t.  As a matter of fact, they story was actually quite interesting in a, “totally predictable vampire way.”  Unfortunately, it was overshadowed by a bucket full of grammatical errors, some very disconnected narration, and some of the most inconsistent writing I have read in quite some time.

What do I mean? Well…Let’s talk about the narration first, (because this is what I meant by “too much of a good thing.”)  I love multi-narration, and (if you haven’t been sleeping under a rock) you’ve noticed that it has become more of the norm than the exception these days, (allowing the author to dabble in intricate character building.) What I don’t like is when an author takes it too far.  In Reborn, we are not just following Lily, (as the synopsis implies) instead we are following EVERYONE.  That’s right… I said everyone.  Each and every poor soul in this story has a voice, which I guess COULD (and that’s a really big, ginormous sized could) have been interesting, but in this instance only managed to break the story (which is only 100 pages to begin with mind you) apart.  Every time we (or I…since I was the one to read it) started to feel a connection to the character or even the circumstances she (or they) found themselves in, we (as the reader) are pulled into a different perspective, and chunked, (very half heartily) into another plot-line.  It makes the entire work feel scatter-brained.

But… even with 20 different people screaming for attention, the narration is NOT what finally did me in, it was the inconsistent writing.

I have zero problem making allowances for debut authors in regards to the first several chapters of their first novel, (I pretty much chalk it up to nerves,) but what I cannot accept is when the jumpiness, chopped dialogue and lack of description never settles down.  This was a HUGE problem in “Reborn.” Instead of the writing flowing and connecting in one fluid movement, it felt as though I needed to take a breath between points.  Almost as if the writing was asthmatic.  The overuse of names (instead of conjunctures) didn’t help either, and as an end result, the few well crafted sentences felt rundown and off-putting.

I think Mesina has the ABILITY to write, and write well, I just don’t think it worked out for her with this project.  Let’s hope she spends a little more time with it’s follow-up.

Read at your own risk…to me, this was an A-typical, stereotype driven, vampire story that lacked the focus to keep me going.

Happy Reading my fellow Kindle-ites and remember: 6 coffees a day keeps your sanity away!