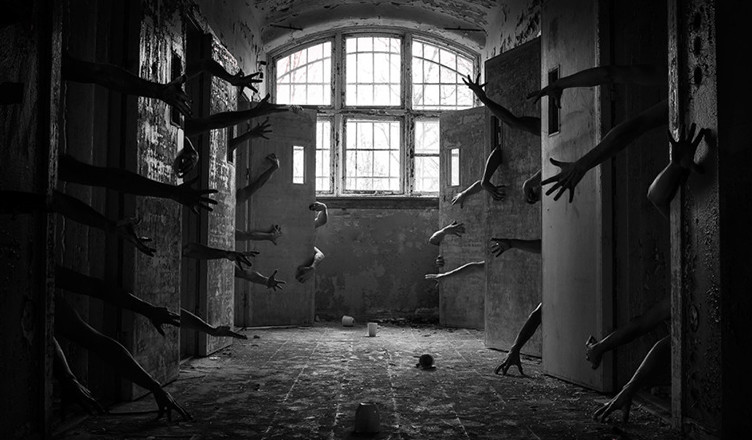 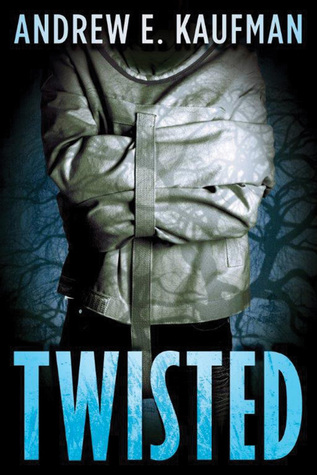 A few weeks go (after posting a review for Tami Hoag’s latest novel) I had a friend message me and ask for book recommendations. I’m sure you could imagine that this is not all that uncommon, seeing as how I spend a vast amount of my time blogging/writing about books. The difference THIS time (and the only reason that I’m bringing it up now) is the shift in genre. See…my friend, she loves a good thriller. And, despite the fact that I rarely review them (because I’d rather just kick back and enjoy them) I do too. Unfortunately, thrillers (psychological or otherwise) are fairly low on the totem pole when it comes to the inquiry game. (Which I find kinda sad.) Especially since this is the only genre in which I have a “dependables” list. Solids. A list of authors that have stood the test of time, impressed me with their ability to (time and time again) maintain a commendable level of quality and, well…never let me down.

Andrew E. Kaufman (though only 4 novels into his career) is on that list. He was also the very first person I mentioned when replying to my friend.

I was first introduced to Kaufman way back in 2010 when I reviewed his debut novel “While The Savage Sleeps.” Since then, I’ve become one of his most dedicated fans. NOT because the Amazon charts tell me I should be (though they do in fact suggest I take a peek) but for his Lehane-esq approach to complicated scenarios. (Meaning: he has a uncanny ability to make the insane seem credible and capture an audience’s attention without sounding pretentious.) His latest, “Twisted” is no exception.

The psychologist with a troubled past…

Dr. Christopher Kellan spends his days at Loveland Psychiatric Hospital, overseeing a unit known as Alpha Twelve, home to the most deranged and psychotic killers imaginable. His newest patient, Donny Ray Smith, is accused of murdering ten young girls and making their bodies disappear. But during his first encounter with Donny, Christopher finds something else unsettling: the man looks familiar.

The killer with a secret…

Donny Ray knows things about Christopher—things he couldn’t have possibly learned at Loveland. As the psychologist delves deeper into the mysterious patient’s case, Christopher’s life whirls out of control. The contours of his mind are rapidly losing shape, and his grasp on reality is slipping even faster. Is he going mad, or is that what Donny Ray wants him to think?

The terror that binds them…

As is common place when it comes to psychological thrillers, there really isn’t much I can tell you about the actual plot without giving away crucial information. However, I CAN tell you that the story is aptly named.

Roughly 75% of this book is a slow walk into hell. (Metaphorically (or maybe not?) speaking.) Some things will make sense, while others will seem utterly ridiculous. (Evil trees? Really? Come on now…) The reasoning behind this? Christopher Kellen is slowly losing his mind, and the disintegration of it (which is the bulk of the story) is one dysfunctional mess. Eventually all of the pieces will fall into place (and you’ll be impressed that Kaufman managed to pull off such a feat) but until that point…be ready for a few heavy sighs and head shakes. (Or, if you are anything like me…a slew of inappropriate language that tends to be of the four letter variety.) The story (as a whole) is not a straight forward one, but it IS an INTENSE one. (Which is exactly what the thriller lover in me craves.) It is also likely to spurn some crazy dreams (in my case…a room full of big red bouncing balls) so I don’t recommend reading it right before bed. Or with the lights off. Or alone.

The only thing missing from this book (as opposed to his previous 3 – which all rated 5 stars) is a subtle disconnect to the characters. Whether it was a side-effect of the plot itself, or my ability to peg the reveal 65% of the way in, I didn’t feel as emotionally invested in Chris’s life (or the life of his family and friends) as I felt I should have. That’s not to say that Kaufman’s characters weren’t properly developed (there is a great deal of backstory and world building throughout the book) I just didn’t “feel” it this time. Well, that’s not exactly accurate… I did feel frantic and a bit like I was out of breath during Chris’s darker moments. I guess I’m just surprised that I didn’t shed a tear or two during what could only be deemed a heartbreaking ending.

Be that as it may, Kaufman still delivered exactly what I expected him to. A high-octane, slightly unhinged, journey through a broken man’s mind. And if that doesn’t scream successful psychological thriller, then I don’t know what does.

Happy Reading my fellow Kindle-ites and remember: “It is sometimes an appropriate response to reality to go insane.”  ― Philip K. Dick,

Click here to read my Armchair Interview with Andrew!