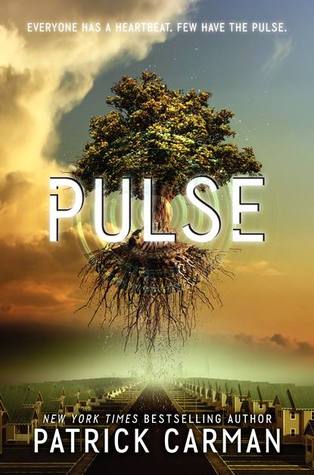 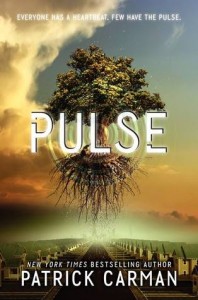 I am a sucker for Dystopian literature. This is not a big surprise, as I’m certain most of you have discovered my Dystopian Bucket List by now. But what you may not know is the why. While I think the relationships formed inside quality dystopian literature are easily some of the most compelling these days, it’s the social structures that keep me coming back.

Let’s face it, the world we live in is not perfect. Painfully so. And at any given moment we could be victims of an environmental meltdown, a historical study on the effects of nuclear fall out, or eaten by a few incredibly large, very angry killer tomatoes. And while the life changing event itself will be noteworthy (especially if our vegetables start to rebel) how we SURVIVE that event will define future generations.

How we rebuild. How we reestablish community. How we take our situation and morph it into a home.

THOSE are the elements that keep me coming back to dystopian literature. To read about “struggle through acceptance.” To envision NEW worlds – good or bad. To bask in the glory of differences. To picture buildings rising from the ashes, laws established and the challenged. To experience survival.

So imagine my disappointment when “Pulse” was 1% foundation, and 99% selfish girl – saddled with a creepy technoholic tween, and a quazi-superhero who harbors some very serious “Peeping Tom” tendencies.

With the help of her mysterious classmate Dylan Gilmore, Faith Daniels discovers that she can move objects with her mind. This telekinetic ability is called a “pulse,” and Dylan has the talent, too.

In riveting action scenes, Faith demonstrates her ability to use her pulse against a group of telekinesis masters who are so powerful they can flatten their enemies by uprooting streetlights, throwing boulders, and changing the course of a hurtling hammer so that it becomes a deadly weapon. But even with her unusual talent, the mind—and the heart—can be difficult to control. If Faith wants to join forces with Dylan and save the world, she’ll have to harness the power of both.

Ok, first off…let me explain my dystopian rant before I get filleted by a hoard of my book-loving cohorts. Yes, I am aware this book is listed as Fantasy/Science Fiction, WHICH is pretty much the furthest you can get from dystopic lit. But I want to point out something. In not 1 but 4 quotes printed on the inside cover of “Pulse” literary bobble-heads around the world compared this book to “The Hunger Games.” Now, I don’t know about you, but those 3 words basically drop “Pulse” into a world filled with “overthrow the government!” “Damn the man…save the Empire!” territory. My thoughts were NOT unwarranted. As a matter of fact, I consider them next to necessary. Which is why I also think my next words should be viewed as the most important in this entire review.

If you plan to purchase “Pulse,” it is SCIENCE FICTION!

That said, I don’t mind Sci-Fi, so let’s set that aside and get down to the business of dissecting (I mean…lovingly reviewing) this book.

To start…it’s slow. Though only 379 pages, the first half will leave you feeling like it’s closer to 500. Why? Because, with the exception of a few floating tablets and a quick jog through an abandoned elementary school, the action is all but non-exsistant.

“Hey! Not everything can be Wham! Bam! Thank-you ma’am! Misty!”

I’m aware of that. But it also doesn’t (solely) need to be about a girl desperate to find a pair of killer jeans that make her ass look scrumptious.

Think I’m kidding? I’m not. Feeling much (too much) like a contemporary YA novel until page 300, Carman chose to focus his story on a boy obsessed social outcast, a drug addicted megalomaniac, and a desperately sad sub-character with abandonment issues. (For the sake of honesty,  “Abandonment Girl” – aka Liz – did have me tearing up in a few places.)

Because the focus was more on budding relationships, and boys (as in more than one) who are apparently experts at window-stalking, the “bigger plot” (or the Pulse – if you will) seemed almost inconsequential.

What is a “Wire Code” exactly? How does it work? I know it basically acts like a roofie (for any dude who needs to hide a mass murder) but is it like a program reboot for your brain?

What happened to Hawk’s parents?

Why is RED a difficult color to kenesteticly (um…is that a word?) manipulate?

How does the (oh so critical) 2nd pulse work? WHY does it work?

I can tell you what color Hawk’s eyes are. I  can explain Liz’s need to hold hands. Hell…I can even tell you the training order of Noah’s bouncy balls. But ask me to explain why Wade and Clara had to throw their events and the Field Games and I’m a blank slate.

In short, the focus was in the wrong place.

The characters were also a huge problem for me (since I seem to be on a “cons” roll.) Showing a considerable lack of good sense, the forefront cast in “Pulse” (Faith, Dylan, Liz, Hawk, Wade and Clara) spent a little too much time defending (or at the very least trying to define) their deplorable behavior, than trying to correct it. Clara (who was a solid Grade-A Bitch from page 1) seemed to be the only character that stuck to her guns, everyone else came across as wishy-washy (or stale, like two day old Dr. Pepper after spending some time in the Texas sun. Ew.)

Doesn’t sound appealing does it? Yeah…I didn’t think so.

My suggestion? Read Carman’s “Dark Eden” series instead. Because when it comes to “Pulse,” it barely has one.