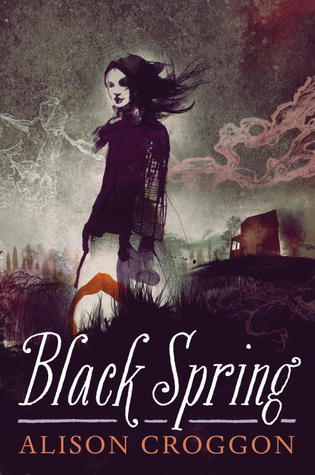 In a savage land sustained by wizardry and ruled by vendetta, Lina is the enchanting but willful daughter of a village lord. She and her childhood companion, Damek, have grown up privileged and spoiled, and they’re devoted to each other to the point of obsession. But Lina’s violet eyes betray her for a witch, and witches are not tolerated in a brutally patriarchal society. Her rank protects her from persecution, but it cannot protect her from tragedy and heartbreak. An innocent visitor stands witness to the devastation that ensues as destructive longing unleashes Lina’s wrath, and with it her forbidden power. Whether drawn by the romantic, the magical, or the gothic, readers will be irresistibly compelled by the passion of this tragic tale.

There is a saying at the top of my blog (a tag-line if you will) that states:

“Life’s too short for crappy books.”

This tag-line means different things to different readers. To me…it’s a statement. I believe life is too short for crappy books, therefore, I will trudge through them for you. Point out the less than worthy and rave about the precious gems. Others view it as more of a motto. “Yeah! Life IS too short for crappy books…don’t waste your time. If it doesn’t catch your fancy, feed it to the wolves.”

As a reviewer, I try not to “feed them to the wolves.” If I did, what would be my purpose. I also (over the past five years) have formed a very rigid opinion (though I’m starting to view this as a personal flaw) of reviewers that throw DNF’s (did not finish) around like candy at a children’s parade. My opinion has always been, if you agree to review a book…read the whole book before giving your thoughts. (Anything less is just lazy.)

Which brings us to today, a day in which I learn what swallowing ones pride actually feels like. Because today I’ll be DNFing a book.

Roughly a month ago I agreed to review a book (that at one time graced my Waiting on Wednesday column) called Black Spring. Just for clarification, yes…this is a genre/novel that I consider in my wheelhouse (aka something I would normally enjoy.) Not only did it boast fantasy (or magic if you will) but also the gothic undertones of Emily Bronte’s “Wuthering Heights.” (A book I have read – and took immense pleasure in – several times.) Classic lit plus the imagination of fantasy. They sounded like a match made in heaven.

Until I started reading.

In case you were wondering, I got to page 129, a little less than half-way through this 281 page novel before I threw in the towel. In that 129 pages I felt as if I learned very little of the actual story. It felt as if I was in a dingy, stranded 100 miles from shore…nothing but a plastic spoon to help me paddle to safety. Because of this, I found it incredibly difficult to pick the book up. I gave it over a month. I gave it a chance every single day of that month. Until finally…I decided that some things just aren’t worth the effort.

But let me be a little more specific. Break down what exactly had me second guessing my DNF policy.

The most damning issue. The writing.

Black Spring is broken down into several different books. The first is a narration from Hammel. A visitor to the township in which the actual story takes place. It took me the longest to get through his contribution. (Which is only 36 pages long.) Hammel is supposed to be an educated individual. The “keeper” of the story. But instead of introducing the players (Anna, Lina, Damek) he flaunts his prestige with lines and lines of pompous rambling. Let me paint a picture for you. Imagine for a second that you are writing a letter to someone you find noteworthy. You want to impress them, but you feel as if you don’t have the adequate skills (verbally) to do so. So you write the letter, and in a stroke of genius take that same letter, and exchange every “common” word with a word you found in a thesaurus. Instantly you feel eons smarter. Unfortunatly…that’s not how your letter comes across to the party that is reading it. Instead, it sounds as if you are trying to hard.

Here is an example from Hammel’s book. (page 1 – first paragraph)

“After the last long winter, I needed to get as far away from the city as I possibly could. My life there filled me with a weariness of disgust; I was tired of endless conversations in lamp-lit cafes with overeducated aesthetes life myself, tired of my apartment with its self-consciously tasteful artworks and its succession of witty visitors, of the endless jostling for status among the petty literati, the sniping envy and malicious gossip.”

The entire 36 pages continued in this same manor, with very little dialogue but plenty of self-accolades. (In short, I hated him.)

The second book in the series is Anna’s (the housekeepers daughter, and best-friend to Lina, the young lady of the house.) Her story again is told with very little dialogue and told directly to the audience. (As if in interview.) She tells about the sudden appearance of Damek as well as the customs of the township she lives in. (Which is all about revenge. I could try to explain this more, but its lengthy – about 15 pages – and only results in one thing. Anna ends up without any male members in her family.) Anna’s book isn’t all that bad. I actually found myself enjoying the rare moment. If nothing else, Hammel was absent. (Praise Jesus.) Anna’s contribution was also the ONLY one in which I saw forward movement.

The third book (and the last of which I actually read) was Lina’s. The format was AGAIN different. It was written in journal form. At first I thought this was an interesting twist. A few journal entries later I lost interest again. (*heavy sigh*) I was not amused by the amount of whining. The pettiness. The harshness of her actions. Lina instantly met Hammel in my head. I hated them both. Equally.

And this is where I stopped. I tried. I even asked fellow readers of their opinions on DNF’s (and whether or not I should keep going.) The consensus. If it’s THAT bad…move on. So I have. I have removed my bookmark, closed the book, and shoved it on my shelf. Do I ever see myself finishing it in the future? No, I can’t say that I do. I was miserable reading this book. Which made me think about something I have always told my readers:

Life’s too short for crappy books. Books are meant to be enjoyed, not dreaded.

So I am taking my own advice.

I say save your money, but a second opinion might not hurt either. Good luck.

Happy Reading my fellow Kindle-ites and remember: “At the end of the day, let there be no excuses, no explanations, no regrets.”
― Steve Maraboli