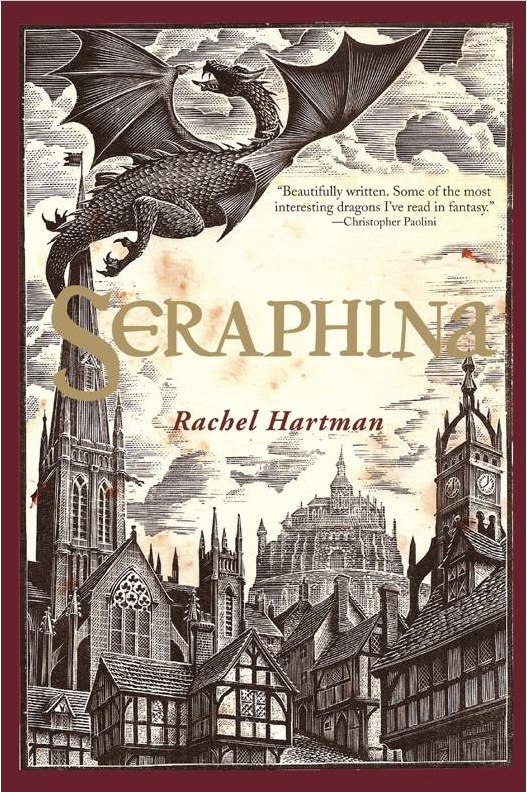 I was cruising the BookRiot site (like I do about 10 times a week) and found a few book trailers I figured I would share with you.  Enjoy!

The Forsaken by Lisa Stasse

As an obedient orphan of the U.N.A. (the super-country that was once Mexico, the U.S., and Canada), Alenna learned at an early age to blend in and be quiet—having your parents taken by the police will do that to a girl. But Alenna can’t help but stand out when she fails a test that all sixteen-year-olds have to take: The test says she has a high capacity for brutal violence, and so she is sent to The Wheel, an island where all would-be criminals end up.

The life expectancy of prisoners on The Wheel is just two years, but with dirty, violent, and chaotic conditions, the time seems a lot longer as Alenna is forced to deal with civil wars for land ownership and machines that snatch kids out of their makeshift homes. Desperate, she and the other prisoners concoct a potentially fatal plan to flee the island. Survival may seem impossible, but Alenna is determined to achieve it anyway.

The Prisoner of Heaven by Carlos Ruiz Zafon

The internationally acclaimed New York Times bestselling author Carlos Ruiz Zafon takes us into a dark, gothic Barcelona and creates a rich, labyrinthine tale of love, literature, passion, and revenge in which the heroes of The Shadow of the Wind and The Angel’s Game must contend with a nemesis that threatens to destroy them.

Barcelona, 1957. It is Christmas, and Daniel Sempere and his wife, Bea, have much to celebrate. They have a beautiful new baby son named Julian, and their close friend Fermin Romero de Torres is about to be wed. But their joy is eclipsed when a mysterious stranger visits the Sempere bookshop and threatens to divulge a terrible secret that has been buried for two decades in the city’s dark past. His appearance plunges Fermin and Daniel into a dangerous adventure that will take them back to the 1940s and the early days of Franco’s dictatorship. The terrifying events of that time launch them on a search for the truth that will put into peril everything they love and ultimately transform their lives.

Full of intrigue and emotion, The Prisoner of Heaven is a majestic novel in which the threads of The Shadow of the Wind and The Angel’s Game converge under the spell of literature and bring us toward the enigma hidden at the heart of the Cemetery of Forgotten Books, a collection of lost treasures known only to its few initiates, and the very core of Carlos Ruiz Zafon’s enchanting fictional world.

The Black Isle by Sandi Tan

Uprooted from Shanghai with her father and twin brother, young Cassandra finds the Black Isle’s bustling, immigrant-filled seaport, swampy jungle, and grand rubber plantations a sharp contrast to the city of her childhood. And she soon makes another discovery: the Black Isle is swarming with ghosts.

Haunted and lonely, Cassandra at first tries to ignore her ability to see the restless apparitions that drift down the street and crouch in cold corners at school. Yet despite her struggles with these spirits, Cassandra comes to love her troubled new home. And soon, she attracts the notice of a dangerously charismatic man.

Even as she becomes a fearless young woman, the Isle’s dark forces won’t let her go. War is looming, and Cassandra wonders if her unique gift might be her beloved island’s only chance for salvation…

Four decades of peace have done little to ease the mistrust between humans and dragons in the kingdom of Goredd. Folding themselves into human shape, dragons attend court as ambassadors, and lend their rational, mathematical minds to universities as scholars and teachers. As the treaty’s anniversary draws near, however, tensions are high.

Seraphina Dombegh has reason to fear both sides. An unusually gifted musician, she joins the court just as a member of the royal family is murdered—in suspiciously draconian fashion. Seraphina is drawn into the investigation, partnering with the captain of the Queen’s Guard, the dangerously perceptive Prince Lucian Kiggs. While they begin to uncover hints of a sinister plot to destroy the peace, Seraphina struggles to protect her own secret, the secret behind her musical gift, one so terrible that its discovery could mean her very life.

In her exquisitely written fantasy debut, Rachel Hartman creates a rich, complex, and utterly original world. Seraphina’s tortuous journey to self-acceptance is one readers will remember long after they’ve turned the final page.