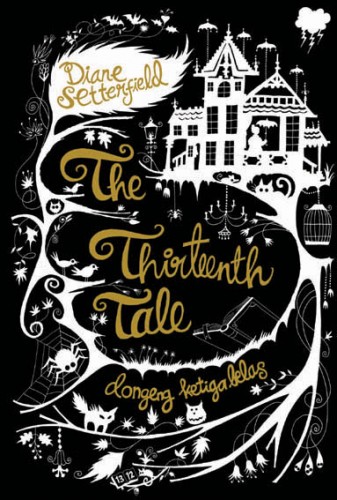 I am a bit under the weather, and because I am….have been sleeping more than reading.  I felt horrible about the thought of leaving you hanging 2 days in a row though so I did the best I could (in a doesn’t take much thought way)  Halloween is quickly approaching and what better way than to be scared out of your knickers than with a fantastic book.  So here it is.  My recommended “ghost” reading for the “Night of Fright.”

What are some of your favorites?

It’s All About the Ghost!!! 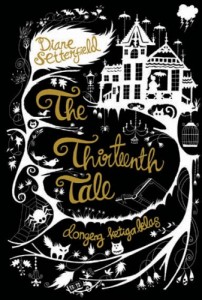 Former academic Setterfield pays tribute in her debut to Brontë and du Maurier heroines: a plain girl gets wrapped up in a dark, haunted ruin of a house, which guards family secrets that are not hers and that she must discover at her peril. Margaret Lea, a London bookseller’s daughter, has written an obscure biography that suggests deep understanding of siblings. She is contacted by renowned aging author Vida Winter, who finally wishes to tell her own, long-hidden, life story. Margaret travels to Yorkshire, where she interviews the dying writer, walks the remains of her estate at Angelfield and tries to verify the old woman’s tale of a governess, a ghost and more than one abandoned baby. With the aid of colorful Aurelius Love, Margaret puzzles out generations of Angelfield: destructive Uncle Charlie; his elusive sister, Isabelle; their unhappy parents; Isabelle’s twin daughters, Adeline and Emmeline; and the children’s caretakers. Contending with ghosts and with a (mostly) scary bunch of living people, Setterfield’s sensible heroine is, like Jane Eyre, full of repressed feeling—and is unprepared for both heartache and romance. And like Jane, she’s a real reader and makes a terrific narrator. That’s where the comparisons end, but Setterfield, who lives in Yorkshire, offers graceful storytelling that has its own pleasures 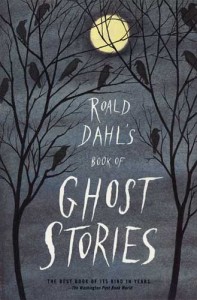 Roald Dahl (1916-1990) was a prickly, colorful character who wrote maliciously funny short stories for adults (The Best of Roald Dahl) as well as better-known works for children (James and the Giant Peach). As he relates in the introduction, he started the research for this book by making a call to the celebrated ghost-story anthologist/writer, Lady Cynthia Asquith. He then went to the British Museum Library, and read a total of 749 tales before selecting 14 for this anthology. His criterion: “Spookiness is, after all, the real purpose of the ghost story. It should give you the creeps and disturb your thoughts.” Included here are not only acknowledged classics by Robert Aickman, Edith Wharton, J. S. Le Fanu, and F. Marion Crawford, but also tales by lesser-known writers such as L. P. Hartley, Rosemary Timperley, Jonas Lie, Mary Treadgold, and A. M. Burrage. The Washington Post writes, “Dahl’s taste, it will surprise no one, is impeccable.” 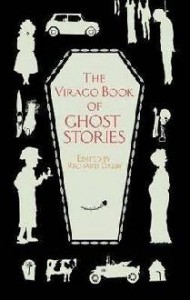 The Virago Book of Ghost Stories

The British anthologist gathers savory tales of the supernatural by 34 first-rate female authors, ranging chronologically from Edith Wharton and E. Nesbit to Fay Weldon and Angela Carter. Nearly every entry captivates, whether comfortably old-fashioned weavings of classic foggy nights, lonely governesses and tragic romances, or sophisticated psychological studies of alienation, grief and passion. From the collection as a whole emerge distinctly female uses of the supernatural. Ghosts function as the disembodied anger of the powerless: the spirits of wronged wives and lovers return to avenge old injustices. The greatest terror is that of lossthe death of a child, the parting from a sister, the defection of a lover. And women’s sensitivity to such abandonment isolates them still furtherthe heroines of these pieces are thought to be mad when they report sightings of ghosts. Several contemporary stories are more explicitly feminist: the spirits of one dilapidated house possess a tenant and drive her to forsake writing for cleaning; another abode wreaks havoc on a bullying husband’s too dearly cherished belongings. 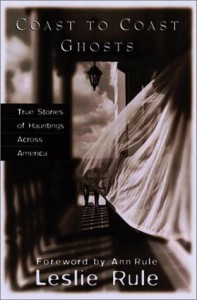 An employee of the St. James Hotel in New Mexico watches in shock as a fair-haired toddler with a terribly disfigured face disappears into the floor. This is just one of the paranormal mysteries Leslie Rule shares with us-a result of extensive interviews and research uncovering the reasons behind ghost sightings across the country. Coast to Coast Ghosts features dozens of spine-tingling, real-life ghost stories and approximately 50 black-and-white photographs, taken by Rule, including some believed to have captured actual apparitions. Only the reader can decide. . . .