Good morning Kindle-ites! I hope everyone had a lovely weekend. Today’s guest post is by Mr. Charles Dowdy author of “I Wear the Shorts in this Family” and “The Kings Warrior.” He lives in Louisiana with his wife and four children, and happily claims to almost pay the bills managing a small broadcasting company. If you want to get to know Charles better be sure to follow him on Twitter @charleswdowdy.

This one made me crack up. Happy Reading! 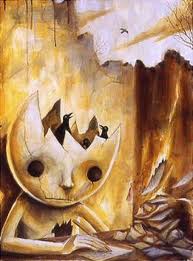 Are you one of those tortured writers?

I’m not, although for a while I was tortured about not being tortured.

I’m not making light of it. Some writers have had their lives turned upside down by events beyond their control, and this shapes what they write and how they write it. Other writers willingly torture themselves through a bottle or other destructive behavior.  And some writers torture others, by making them read what they put on paper.

For the rest of us non-tortured writers, well, we’re all pushing daisies.

What I mean is, we’re selling daisies, and if we’re not careful, it’s painfully obvious in our writing. Maybe our water-boarding is a bit too relaxed. Or our brothel scenes skew a little toward the missionary side. Or perhaps our protagonist is shooting the bad guys with a gun that is so “yesterday” among those familiar with fashionable firearms. It happens more often than not. That’s because, for a lot of us, the dark, scary forest of our soul is little more than a flower garden. Hell, most of us can’t even grow roses. Daisies, that’s what we have, and that’s what we write.

So, I’ve been aware of my lack of tortured writer street cred and have been looking for opportunities to add to my misery resume. Since I am and always will be a family man, I knew the wife and kids would play a key role in this.  I figured it would happen in the form of a weeklong Disney World vacation, but about a month ago, late one night, there was a pounding on my back door. It was the police, yelling for me to “Open up!” Four armed men, hands hovering over their guns, all steely faced and tough. On aFriday night in my household, this was bizarre.

I practically threw open the door. “What’s the problem, officers?”

One of the policemen said, “Somebody reported that you’ve been out in the yard beating on your wife.”

This was not what I had in mind.

It took me a second, then a squeaky voice told them I would never, ever, lay an angry hand on Bethany. For some reason, the policemen did not believe me. Then, I let loose with a verbal diarrhea of reasons they were way off the mark. We weren’t even fighting. My wife was in her favorite pajamas. Drinking wine. On Facebook.

The police asked to speak to her.

As my wife walked through the kitchen I suddenly wondered if she saw me in a different light? Did I look dangerous now?  Did I look like someone who could do such a thing? And did she happen to notice that I had wet my pants?

Bethany finally convinced the policemen I’d never physically harmed her. The police departed and we were left shaking behind a locked door.  I didn’t know whether to faint or throw up.

At that moment, I decided I didn’t need a tortured past, or spooky skeletons in my personal closet, or even a few bugs in my head in order to be a good writer. That just wasn’t me. Sure, I’ve got a mischievous smile at times, but that’s it. I’m simply a daisy kind of guy.

So writing a memoir was out of the question.

But what about a mystery? After all, we had a good one. Who had called the police? How had they ended up at my house? Would the urine stains come out of my pants? Did the authorities believe I was innocent, or was I still a person of interest?

A few days later I marched into the police station and requested a copy of the police report.  Then I brought together my entire household for a recreation of the evening’s events. In addition to the suspect and the victim, we had Wayne, our oldest son, who had just become a teenager, my daughter Beth, who was eleven, and the nine year old twins, Jacks and Wilkins.

I read them the police report. It was one paragraph long. It stated that the suspect, me, had “tussled” with the victim, my wife, in the front yard, and that she had screamed for help, after which the suspect, me, fled south on a bicycle.

The kids began to squirm.

“Here’s what I remember from the evening,” I began. “After a dinner party down the street, the victim and the suspect walked hand in hand behind the four of you as you biked home. When we reached the house, I told the four of you to bring in the empty garbage cans from the street and I went inside to watch the game. After a few moments inside, I realized I’d left my cell phone at the dinner party, came outside, and took a bike to go get my—.”

“You stole my bike,” Jacks said.

“I would never steal a bike where my knees hit the handle bars.” I tapped an index finger on my chin, channeling my inner Sherlock. “Maybe going back for my phone explains my ‘fleeing to the south’, although it was more like wobbling, but how did four children retrieving the empty garbage cans result in a SWAT team at our house?”

“They locked me out! In the dark!”

“He was taking too long,” Wayne said.

Beth started laughing. “And he was running with the biggest garbage can ‘cause he was scared and he kept tripping over it.”

I turned back to Wilkins. “Let me guess. When you fell over the garbage can, you screamed like a girl?”

“It was dark out there! And I don’t scream like no dang girl.”

“So somebody thought the garbage can was your mother?”

I regretted the question as soon as I asked it. No one moved. No one breathed. No one said a word.

I changed the subject, pointing at them. “Do you realize you almost got your father arrested?”

They nodded their heads somberly, then Jacks said, “Yeah, but if you had gotten arrested, wouldn’t that have been cool?”

I used to think so. Not anymore.

Longing for a tortured life just to prop up my writing is behind me now. I don’t want to walk in my characters’ shoes; I’ll stick with my own, thank you very much. Other people of the pen would do well to heed my advice. For all you Reacher-wannabe writer types, do not call it research when you take on the happy hour crowd at the Rock Bottom Saloon; all you’re going to do is learn how to type with a broken jaw.

My recent brush with the law aside, I am embracing who I am: a good husband, a good father, and a writer willing to work on his craft. I can try to create a cowardly man capable of striking his wife. Or a woman who would rob a bank. Or a guy who would shoot a stranger for no reason.

Of course, I would be imagining those things from the good side of the garden. Where kids hide when it is bath time. Where dogs steal socks. Where I try to steal two seconds alone with my wife. Where the laundry piles up. The dishes need to get done.  And a chicken nugget is almost healthy fare.

I’m not going to apologize for it. I’m a writer, and my life is good. I will write what I know, and then fake it when I don’t. And the simple fact of the matter is, I hope I’m always pushing daisies.