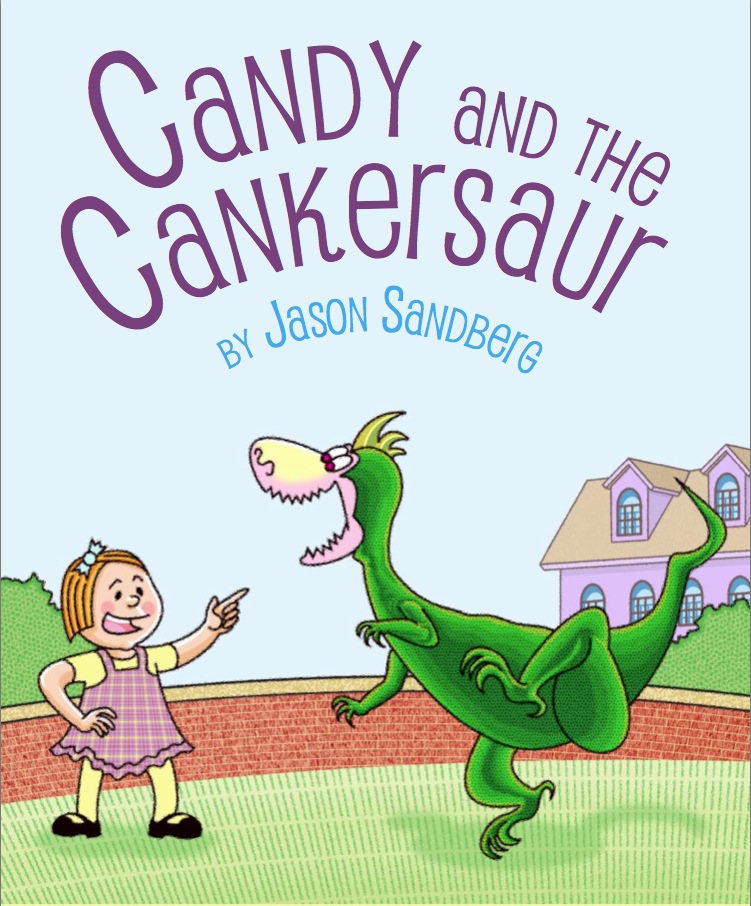 Afternoon Kindle-Parents!! Today I have a pretty interesting book to share with you called “Candy and the Cankersaur” by Jason Sandberg. Now, the book says 4-8 so I test drove it on both of my bitty bots to gather their thoughts. Anyways…here is a little about the book, a look at the art work, and what they had to say.

Also, remember: Reading is contagious…pass it on!

Does the art “type” look a little familiar? It should! Jason paid homage to the very talented Mr. Syd Hoff. Who wrote and illustrated books like Danny the Dinosaur & Sammy the Seal! 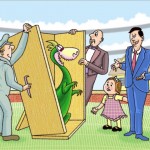 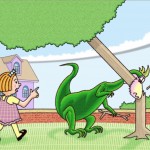 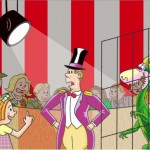 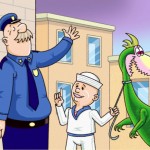 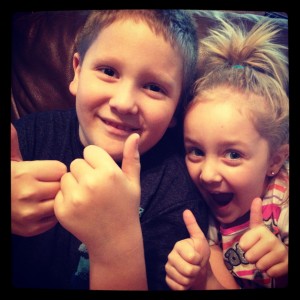 With two incredibly cranky kids this week, Candy and the Cankersaur was a bit of a challenge. First of all…it was going up against a book full of silly monsters who like to stuff socks in each others ears (who wouldn’t like that?) But, after a little persuasion and some mild bribing I finally sold them on the idea of a pet dinosaur and we plopped down on the couch to take it all in.

Frick (my 8-year-old) loved the story. And was especially amused by the constant use of the phrase “no biting.” (I will attribute this to the fact that his daddy bites his toes and fingers on a regular basis.) Trinity…to be honest, could have cared less. While the book wasn’t exactly “wordy” it did boast some pretty big words (more than once) for her 4-year-old mind. Instead…she sat back, enjoyed the art work and then decided to retell the story in her own words.

“There was this girl, and someone gave her a dinosaur who like to eat trees. Then he went to the circus and ate the cage. Then…he ate cupcakes. Ummm… cupcakes. Can we have cupcakes mommy?”

So, while I can’t give this book the 5 star rating I think it deserves…I will give it the 4 my kids think it deserves and a big ol pat on the back for some awesome artwork that fueled my daughters imagination.

In other words: Kid tested…mommy approved.