The older my children get the more my motherly duties become clear. When my son was first born I was obsessed with educating him to the fullest extent. Baby Einstein videos, hours of phonics cards, museums (in which I ranted – to my 1 year old – the importance of impressionism) they were a part of his daily existence. Before he was even out of diapers I had an Ivy League plan. When my daughter was born (4 years later) I replicated the routine. It wasn’t until a year later (when Bryce started Kindergarten) that a switch in my brain flipped. See, Bryce turned 5 only a few weeks before school started, and while he was the same SIZE as everyone around him, he wasn’t necessarily at the same maturity level. He was smart, kept up with all of the classwork easily, but was significantly more emotional than all of his classmates. I wasn’t aware of this until the day he stopped talking. Not completely mind you, just…about his day. Where before he was more than happy to tell me about his classroom adventures, now he clammed up. So I pushed. (Because I just couldn’t grasp the concept of quiet.) Come to find out…he was being bullied. Long story short, it was handled. But it made me realize something, being a mother was not about raising the smartest child. The most capable, artistic, or driven child. It was about raising a decent human being. A little person that would grow into a BIG person filled with compassion and understanding. Acceptance. And while yes, I still get onto BOTH of my children when they bring home a paper with a less than stellar grade, I don’t fret about it like I would have before. I ask them what happen and we work it out.

Anyways, recently I purchased two books for my daughter Trinity (who is 5.) “Bug and Bear” by Ann Bonwill and “Noodle & Lou” by Liz Garton Scanlon. I purchased them for one particular reason…they endorsed kindness. Kindness to others, and kindness to YOURSELF (which is a very important lesson to learn.) They also stressed friendship, and how to be a “good friend” which I think every child should learn, because life can be sad sometimes without the help of people who love you.

Bug and Bear by Ann Bonwill
Illustrated by Layn Marlow 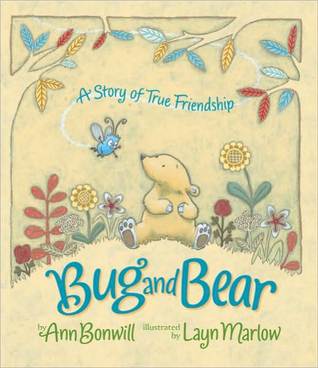 Find it on Goodreads / Amazon

Bug wants to play. Bear wants to nap. “Buzz off, Bug,” Bear finally says as she goes off into her cave. But Bear can’t sleep, feeling guilty for having been so mean to her best friend. So Bear sets out to apologize. In the end, the tired friends take a nap together. Adorable illustrations in gouache, pencil, watercolor, and crayon bring a special touch to this lighthearted story about friendship lost and found.

My Thoughts: This is a very cute story with a great lesson. Bug and Bear are friends, but Bear is being a bit of a…well…bear. She is tired and wants to sleep, but Bug (who starts off the story happy) wants nothing more than to play with her best-friend. The two ideas don’t mix very well, so Bear tries to hide from Bug, ducking and weaving between a variety of different animals and plants. Eventually, Bug does find Bear, and Bear (who is now successfully cranky) snaps at him, tells him to: “Go and jump in a lake.” Bug saunters off (downtrodden) and Bear makes her way to her cave. It doesn’t take long however, for Bear to realize what she did was wrong, and incredibly rude. So she sets out on a path to make amends.

This story resonates for several reasons (1) It stresses the importance of being kind to others, even when you aren’t having the best of days. (2) It illustrates forgiveness. Bug could have easily given Bear the cold shoulder (after being treated badly all day) but he didn’t, he forgave her, which my daughter found incredibly comforting.

I give this book two very enthusiastic mommy thumbs up.

Trinity’s Thoughts: I liked the pictures, they were pretty. But I didn’t like how mean Bear was. She needed to be nice. Bug is her friend!! It’s a good thing Bear said she was sorry. Let’s read it again, to Daddy. 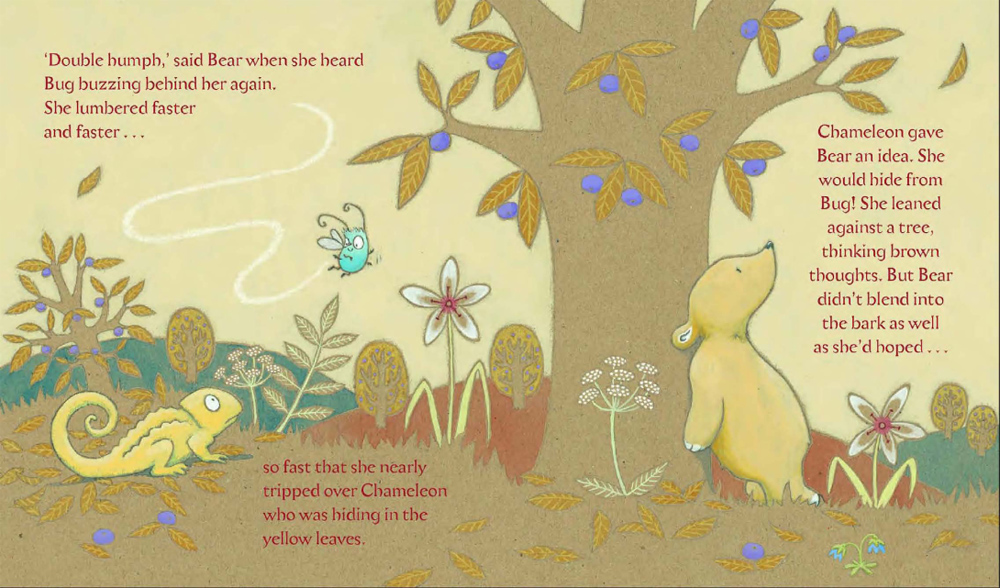 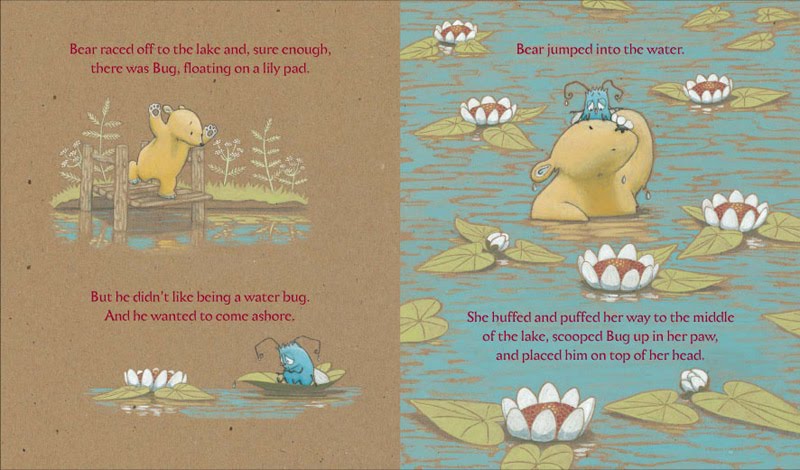 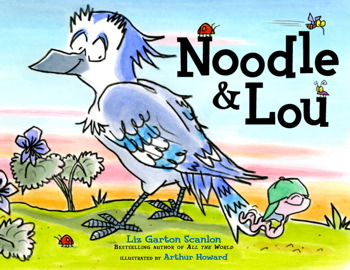 Find it on Goodreads / Amazon

Noodle and Lou are unlikely friends. One is a worm and one is a bird. When Noodle is having a bad day, Lou knows just what to say to cheer up his wormy friend and help him see what it means to be liked just the way you are.

Noodle is a worm, and he is not having a very good day. Why? Because he thinks everything is wrong with him. He has no eyes. He doesn’t have a beak. No feet, he’s dirty and mucky, and birds think he’s a treat. So he goes to see his friend Lou, who just happens to be the most uplifting bird on the planet. With every negative word, Lou thinks of a positive, stressing that Noodle is perfect just the way he is.

“And I don’t have a beak,” said Noodle, quite blue. “But you’re long, and so sleek, which is perfect for you!”

Page after page Lou stands firm, reassuring his friend until finally…Noodle’s attitude changes. His confidence builds and he starts to jaunt around.

The lesson itself? Is best summed up by they author herself.

“And Lou, he was tickled. “See, you just never know,” he said with a grin, “how a day’s gonna go.” But really, thought Noodle, the bigger surprise…is  seeing yourself through your best buddy’s eyes.”

It’s important to love yourself. Your differences are what make you unique. It’s also important to surround yourself with people who love you…just the way you are.

Cute book, lots of colorful (bug filled) illustrations… a perfect book for your little one.

Trinity’s Thoughts: I liked all the bugs! And Noodle was cute. I’m glad he’s happy now. He should go play with Lou, he’s nice.