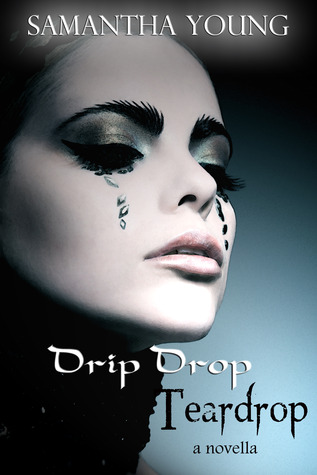 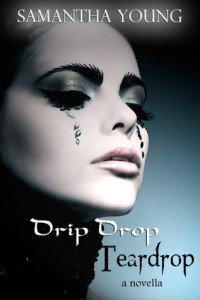 I’ve always been fascinated by inspiration.  Where does it come from? How do you find it? And once you find it… what in God’s name do you do with it?  For authors… this is especially meaningful.

We’ve all heard the stories. “I had a dream and I just couldn’t forget it.”  “I had a conversation with a little girl at a park, and I KNEW I had to write it down.” But when it’s all said and done, when the girl has stop talking, or you are risen by the sun, the “how” and the “where” are seemingly insignificant, it’s what you do with that dream or conversation after you have it that really matters.

Yesterday I was feeling a tad beat down by books, (this happens every once in a while when I slam back 6 or so books in a matter of 3 days), BUT knowing that I needed to post something on the blog, I put all of my, (extremely daunting and unbearably LONG) books to the side and opted for something quick, fun and easy on my head. Now, obviously… I didn’t get around to posting a review yesterday anyways, (damn you obligations!) but regardless… I still want to share my thoughts on DDT with you.

When you first start “Drip Drop Teardrop” you are affronted with this statement:

“Dear Reader, I was driving home from work one day on a rainy motorway in Scotland when shuffle on my mp3 player chose the song “Overload” by The Cardigans.  As the lyrics and hauntingly creepy but weirdly romantic melody filled my car a story played out in my head.  Drop Drop Teardrop, is that story.  It’s completely different from anything I’ve ever written before, more lyrical (not surprising since it’s inspired by a song), but I had so much fun writing it and hope you do reading it.”

Now, naturally… this is the point where I put my Kindle down and started Googling, and after (finally) finding the song (and then listening too it) I couldn’t wait to dive in to its 80 page literary rendition.

But first, (just so we are clear) here is what the story is about.

“Avery hasn’t had it easy. When she was ten years old her parents died in a car crash. Now nine years later her Aunt Caroline is the only family she has left. And Caroline is dying.  So when Death comes knocking (quite literally) in the form of the damaged and dangerous, Brennus, Avery makes a deal with the reaper in order to save Caroline.

Brennus is an Ankou. One of the many, once mortal men and women, who were given the choice to become an immortal in exchange for ferrying the dead over into their afterlife. Nine years ago Brennus took Avery’s parents and tried to take Avery, but she fought him and won. Amazed by her strength Brennus followed Avery and has watched over her. Now he knows Avery is the one to offer him freedom from his obligation to the dead. And he’ll stop at nothing to have her.”

Contrary to what most people have said (because I wouldn’t be anything if I wasn’t contradictory) I think this story was perfect at 80 pages.  Normally I’m a “give me more” girl, but I have a feeling that if Ms. Young would have opted for a full length novel, it wouldn’t have been as successful. Why? Because it would have involved WAY too much back-story.

In my opinion, (which obviously is always right. lol) the characters in this story were fairly complex at 80 pages, (Avery is haunted by guilt, and Brennus is haunted by his past actions) and if the story had been slowed down or even plotted out differently, it could have very easily been weighed down by unnecessary self-loathing diatribes.  Instead, with Young’s choice to restrain her inner novel-ess (yep, totally made that word up) we are allowed to understand their hearts without being handcuffed to them.

As for the plot itself? While is started off a little cheeky, (think girls night out at a bar) it finally smoothed out into a fairly entertaining story, THAT (for the record) left me a little giddy in the end.  The “lust” build-up was exactly that… built up, which is a nice change of pace for short reads like this, and there were just enough surprises and angry alpha male moments to keep the pages turning.

Do I think it is the be all end all for juicy novellas? No.. probably not, BUT it did manage to drag me away from “Clever-Clever Land” (aka my head) long enough to breathe and get back on track.

If you like short, sweet and a little (and yes.. I mean a little) naughty… this one might just be the choice for you.

Happy Reading my fellow Kindle-ites and remember: brain vacations are fun…engage in one at least once a week.