Banned Books Week is the national book community’s annual celebration of the freedom to read. Hundreds of libraries and bookstores around the country draw attention to the problem of censorship by mounting displays of challenged books and hosting a variety of events. Banned Books Week was launched in 1982 in response to a sudden surge in the number of challenges to books in schools, bookstores and libraries. More than 11,300 books have been challenged since 1982. For more information on Banned Books Week, click here. According to the American Library Association, there were 326 challenges reported to the Office of Intellectual Freedom in 2011, and many more go unreported.

The Color of Earth Series by Kim Dong Hwa

My Mom’s Having A Baby! A Kid’s Month-by-Month Guide to Pregnancy by Dori Hillestad Butler 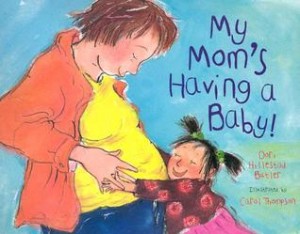 There are currently 25 books in this series

What My Mother Doesn’t Know by Sonya Sones

There are currently 13 books in this series

To Kill a Mockingbird by Harper Lee