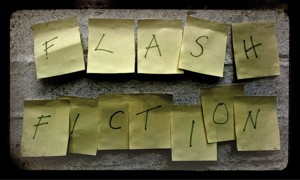 A few weeks ago I (publicly) gave Kipp Speicher flack for crapping out on a promise he made to write a Flash Fiction for KO. Well SURPRISE!!!! he finally did. Since it’s Friday, and I’ve had a shit week and could use a break from the norm, I figured y’all could use one to, so.. in an effort to take us all away to another place (even for just a minute or two) I present to you: The Rot. Happy Reading! 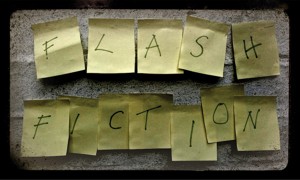 The sunlight invaded the darkness of the room through the broken blinds. The ray of sunlight found its place on the eyelid of Jack as he leaves the warmth of the dream into the reality of the cold and lonely world.

Jack raises his hand to knock the sleep out of it while shaking it out of numbness. Outside his door he hears the cry of a baby and the couple right down the hall screaming at each other again.

He brushes the blanket off his bed, relieving his legs of the entanglement. He moves across the one-room apartment to the bathroom to start the shower and prays that today he has some hot water.

He steps out of his boxer shorts. As they fall to the floor he reaches to turn the rusted knob on the shower. The pipes behind the wall vibrate and bang against the mildew- covered tiles. For a brief moment all that slurs out of the shower head is a stale burst of air; then the water sputters, then shoots its way falling towards the floor of the stall.

Jack jumps in, feeling the water drill into his skin. The water remains cold as he should have figured. Reaching for the shampoo, he pops the cap, and the room fills with an unbearable aroma.

Jack starts to gag from the smell. It reeks as if the bottle holds the remains that have been swept off the floor of a slaughter house and let sit to permeate in the hot sun. The stench of decomposition starts to even taint his skin.

He throws the shower curtain aside and jumps out of the stall, running across the apartment dripping wet. He throws the window open to let the cold winter air breathe through the room. The air outside was just as atrocious. Everywhere he turns, all he can smell is the rotting.

Jack turns from the window. Now shivering and naked, he falls to his knees. With all his might he fights it, but then he finally gives in to the stench and vomits uncontrollably while feeling his body tensing up and then giving over and over.

After about three minutes, he finds his way back to his feet, looking for some sweat pants to put on. He finds the strength to put on his coat, then he doubles over, once more feeling every ounce of energy flying out between his teeth as the acid burns his now-raw throat.

With spittle hanging from his chin, he shoves his way to the door, praying the stench won’t follow him into the hall since he will have 23 flights of stairs to fight his way down to get to a cab.

Knocking the door open, he finds that the hall is crawling with all the neighbors he has spent so much time avoiding, each of them squirming in their own vomit trying to find refuge in any corner, looking for a hidden location of fresh air.

On the street sits a black van with a white-haired man behind the wheel and a clipboard resting on it as he fills out the paper work. “Looks like everything went well.” He looks into the review mirror and watches the two men in jumpsuits strap on the new canisters for the next stop.

As the driver turns to put the van into drive, his cell phone chirps. He pulls out into traffic and flips the phone open. “Yeah, the Straffen tower’s done. The infection took over the tower in minutes. We’re on are way to hit the tower in Highland before the news gets a hold of the story.” As he turns the van down the side alley, the bright morning sun takes his sight, so he reaches to pull down the sun visor.

“Yeah, my two men are ready to hit the next one. They’re poisoning the water supply and air vents. The trash won’t know what hit them. 15 minutes from now they will be drowning in their own vomit.”

“Yes, sir. This will take a bite out of those unemployment stats for next year’s election.” The van pulls up in front of the tower and the two men exit and move like ghosts infiltrating the building. “Yes, sir. The sympathy card will be in play with these terrorist attacks. We have a bright future together. “