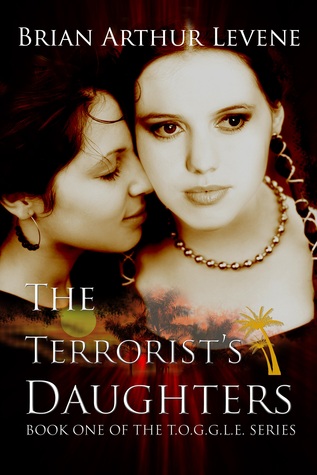 Born in Chicago, Illinois, three sisters are uprooted and brought to Pakistan, after the terrorist attacks on 9/11/2001. After becoming oppressed and abused by their radicalized father and drug-sedated mother, two of the girls decide to run away from home and soon they discover their inner selves. One is a twelve-year-old blessed with a gift she does not know she has, the other, a seventeen-year-old proficient in the methods of psychological warfare. Along the way they encounter a handsome young man, and his family who are also looking to start a new life away from their terrorist state. Their travels takes them to Afghanistan, Dubai, Mexico and the United States, leaving a chaotic but interesting trail behind.

Developing a family among a group of outcasts, including a young Asian girl who is prolific in computer hacking, their adventures continue with the girls making daring escapes from authorities, and fighting Al Qaeda extremists working for their father. The Terrorist’s Daughter all leads to a dramatic conclusion revolving around love, faith, family, and the potential destruction of an entire city 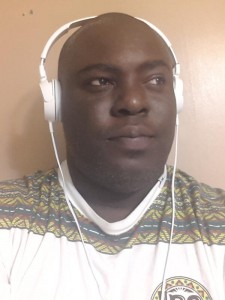 Brian Arthur Levene was born in Kingston, Jamaica, on October 24, 1973. He grew up in Back Bush, one of Kingston’s roughest urban ghettos. His mother taught kindergarten until leaving Jamaica in 1983 for the United States, leaving Brian and his older sister behind.

Two years later, Brian passed his sixth-grade exams and earned a place at Jamaica College, one of Kingston’s top five high schools. In 1988, before he graduated, one of the most powerful hurricanes ever ripped through Jamaica, displacing hundreds of Kingston’s citizens, including Brian. He reunited with his mother in Mount Vernon, New York, where she lived. In the States, Brian’s interests shifted from academics to writing poetry and songs, producing music, and playing semi-professional golf.

In 2001, Brian moved to Palm Beach, Florida, to focus strictly on semi-professional golf, traveling to tournaments throughout the United States. In 2007, he relocated to Yakima, Washington, after deciding to pursue a career in the health field in order to benefit others. After receiving an Associate’s Degree in Science at Yakima College, he started school at Washington State University, in January 2008. He transferred to Southern Connecticut State University in August, where he studied public health. He started to write his first and second novels in his senior year.

Graduating in December 2010 with a Bachelor’s Degree in Public Health and Epidemiology, Brian published this first novel, Not Easily Washed Away, in April of 2011 while pursuing his Master’s Degree in Forensics Psychology.

Brian’s co-author is his wife, whose pen-name is Anon Beauty and whose life inspired this book.

From the mouth of Brian…

I try to make sure that my books entertain even when writing about true events so hopefully you will enjoy. I like nonfiction more than fiction but try to write both. It all depends on the mood and what’s transpiring in my life at that particular time. I am a Jamaican born, New York-bred writer who has completed six books so far and another that I am currently writing. The next book will be out in February 2014.

Not Easily Washed Away was my first offering, which details the abuse of a young woman who is very close to me. The traumatic events that occurred within her life and my education in psychology moved me to write books which give voice to individuals who have suffered from mild to extreme trauma, detailing how their psyche changes during and after abuse.

My new book, Real Beast: Abused, chronicles the behavior that someone exhibits after they suffered through a crisis or a traumatic event. What makes a Real Beast? Mental trauma, addictions, and radical fundamental beliefs cause a complex multi-dimensional cascade of brain reactions that start immediately after acceptance that can lead to primitive behavior, causing someone to be perceived as a Real Beast.

I’m pretty sociable and easy to find. I’m on twitter at @B_RealBeast, on Facebook at https://www.facebook.com/brian.levene1 and on my website at http://www.realbeast.org I am always interested in meeting new people from around the world so please don’t be shy and give me a shout!

Brian has offered up 5 kindle copies of his novel “The Terrorist’s Daughters” all you have to do is fill out the rafflecopter form below for your chance to win!!

A short story... This is Michelle. I ❤️ Michel

What is happening?! Why does she look like a teena

Going for that full beet look. 🥵 I’m not quit

My newest race shirt. LOVE this one!!! @yesfitchal

Congrats to my oldest! He was inducted into the Na

I decided that this year was going to be the year

I have probably a good 15 seconds until my hair fa

Merry Christmas from my family to yours! 🎄🎁

I said “No” to the last day of school before b

Been sick for a week and starting to go crazy. So

Hubs has been excellent taste in birthday presents

Man child went to spin with me today!! He did so g

When you weren’t going to go to the gym today. T

My son is sitting next to me watching a video abou