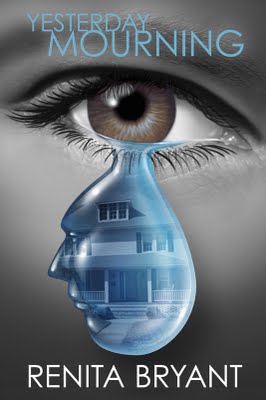 “Writing & The Journey of Self Discovery”

Since the launch of my first book, Yesterday Mourning, I’ve been asked one question repeatedly – ’What is it about?’ It’s a relevant question that deserves a heartfelt and persuasive answer. Initially, I’d recite the back cover blurb because I wanted to ensure a clear, descriptive, and eloquent response. This is my big chance to make the perfect first impression for my book right? However, as I talked to readers and pondered real life experiences which inspired the novel, I quickly started to see the proverbial, ‘big picture.’

In my life, I definitely put expectations on people, both those with and without titles. I expect people to treat me with respect, fairness, and consideration. I don’t expect them to be perfect, but I do expect their actions to match their words. In Yesterday Mourning, Yvette assumed her father knew what she wanted and needed from him. Because he didn’t respond as she expected, she felt abandoned and disappointed. The rift caused by such powerful emotions resulted in a near twenty-year separation of a daughter and her father. On the opposite side of that pain was a father yearning to have his daughter in his life. He too felt abandoned and discarded. Neither of these characters expressed what they wanted or needed from the other instead relying on pre-determined unknown expectations.

How do you tell someone something they should inherently know given their role? Are we destined to always be disappointed with others if our expectations are never discussed? What happens when you articulate your expectations and the person chooses not to meet them?

Although the novel is fiction, it was inspired by my reality including separation from my father and the emotional hurdles I faced while trying to simply keep some semblance of self. I set out to write a story about a young woman mourning the loss of her mother but ended up on a journey of self-discovery and forgiveness. I learned through the words on Yesterday Mourning’s pages that expectations should always be expressed and addressed. People should be given a chance to rise to your expectations, which only happens if they’ve been communicated. When we don’t express ourselves but expectations remain, we set others and ourselves up for failure. I’ve also learned that people don’t always grant you the outcome you desire. It doesn’t make them malicious, it just gives you an opportunity to decide what new role they can play in your life, if they play a role at all. Or it helps reset expectations to be more agreeable for everyone involved.

I’ve learned many things as a daughter, writer and friend. Understanding the consequences of unspoken expectations has by all accounts been one of the most important.

Yvette is a forty-one year old woman struggling to cope with losing both parents during her twenties—one to terminal disease and the other to life’s complications. Over the years, she learned to repress the pain of watching her mother die and the resentment of having her father casually walk out of her life. Now as she packs her bags to return to her Georgia hometown and the house where final goodbyes were never spoken, a growing sense of uneasiness intensifies.

Vera is the kind-hearted stepsister Yvette never imagined nor wanted. She was an innocent teenager in search of answers when Yvette’s father, the Pastor, entered her life. Although broken from the loss of his beloved wife and daughters, he gave Vera the love and affection she so desperately needed. However, a childhood secret threatens to compromise everything Vera holds dear.

When the Pastor’s health takes a turn for the worse, both daughters must decide if they have the strength and courage to no longer be confined to burdens of the past. Will Yvette overcome feelings of abandonment and forgive her father before it’s too late? Does Vera’s childhood secret hold the key to mending this family’s broken relationship?

Yesterday Mourning is a heartfelt and poignant novella about two women learning invaluable lessons of forgiveness, love, loss and ultimately—peace. It is an impressive debut from an author with an authentic voice and a love for storytelling.

Excerpt #1
I didn’t know what to say. Two years had passed since I last laid eyes on him, and I had no clue what would be the first or final words spoken. Maybe I’d ask for an in-depth explanation as to why he didn’t try harder to salvage the relationship we built—the love we shared. While I wanted to hear his answers, my heart recognized that simple words wouldn’t make our truth any less real. Our perspectives had changed because our lives had changed. Our interactions had transformed into something entirely different than the possibilities we would have imagined a few years ago. A part of me wanted to run away in hopes of avoiding both him and the complexity of this moment—a moment built on the promise of closure. However, running away stopped being an option a long time ago, and as such, I got the privilege of sitting on a concrete step under an August Georgia sun waiting for my father to turn the corner into our cul-de-sac. I got to wonder whether he would try to hug me or engage in small talk—or do the unexpected and admit fault for the current state of our situation. I wish things had been different. I wish he had made a different choice—one that involved me, or at least considered me. I replayed our conversations often, wondering whether I was too sensitive or whether he really was as heartless and selfish as I perceived him to be. We were both mourning a loss—a wife, a mother. He yearned to feel her touch just as I longed to see her smile. Her voice had coached us both through the funeral, the holidays, and the random moments such as being in the grocery store and seeing a grapefruit and remembering how much she loved them. Both of us had changed hospital bed sheets, paged nurses, and authorized procedures while feeling her slip away from our hopeful grasps. The sting of tears on wishful cheeks was no less painful for either of us. Our tears just fell in two different states and for two very different reasons. The reasons were what hindered me from knowing what I should say to him.
Excerpt #1
Understand I love my child with everything in me. I’m certain my mother loved me with everything she had. But even as my heart registered the beauty of that truth, it also knew her love for me wasn’t enough to protect me from her death. It wasn’t enough to still the tears or hush the cries. Not until I gave birth could I fully comprehend how difficult it must be to leave this world before your child, how heavy the burden must be to look her in the eyes while knowing your life is nearing its end, to grasp the reality that you won’t be able to provide any comfort because her very suffering is the effect of your causing. I couldn’t fathom how intense the internal struggle of wanting to spend your last moments with the being that you birthed and nursed and reared while also wanting to push her away because the very notion of your death is hurting her. My mother had to watch me walk in and out of her hospital room every day. She was forced to come face to face with her own feelings of failure. A parent is supposed to always be there for her children. How could she feel fulfilled in her final moments, when she knew Zoe and I were about to plan her funeral? Internally, I always struggled through this revelation. I fought back tears when considering that our presence denied her the ability to find peace in the end. 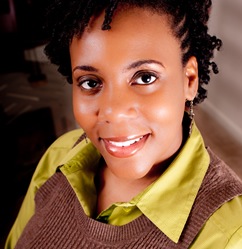 Renita Bryant, a native of Fort Valley, Georgia, had visions of being a writer from an early age. “There’s something magical about using words on a page to emotionally propel someone into another time and place.”

Since obtaining her BS & MBA, Renita has worked for some of the world’s largest companies on many of their most recognizable household brands. Although she finds the work rewarding, her passion for writing pushed her to complete and publish her first novella, Yesterday Mourning, in May 2013.

When one of your friends is a green thumb & easily

When your largest pot is not big enough for your s

Why yes, yes I have almost hit my 5 day goal. Than

I love me some space operas! 😍 Anyone read this

Well...I didn’t die. But I could definitely tell

What happened to my baby?! 😭

Girl has officially disappeared into “organizati

Man child finally got his mop chopped. Of course w

Spotted a ramen shop & of course had to stop. See

When one makes a pit stop in Boerne, one must visi

Done. 😊 Can’t wait to hand this off on Sunday

Working on something new for one of my church sist

When your Saturday evening includes your oldest DJ

GET INTO MY BELLY! It’s been so long since I’v

7 more to add to my completed list. What about you

Haven’t been to a brick & mortar bookstore since

Kids are gone all day so David & I decided to make