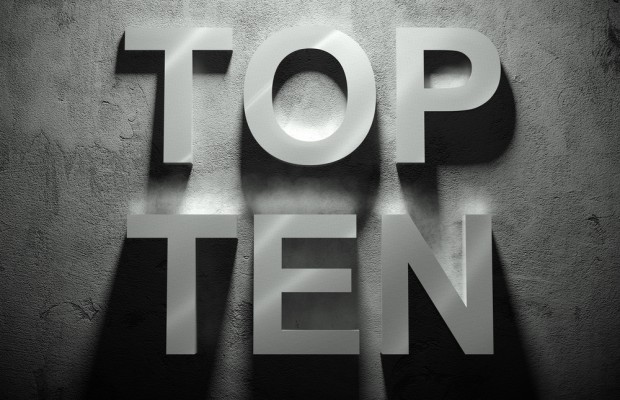 With Halloween being tomorrow I thought…what better way to celebrate than pointing out some of literature most rad/awesome/evil/oogie villains. So here they are…this years Top 10! Enjoy. Oh…and feel free to leave a comment and share a few of your favorite villains. Bwahahahahahaha!

If you were required to read Othello in HS like I was, then there should be no doubt in  your mind as to why Iago made this list. He’s not the type of villain that you are going to have reoccurring nightmares about, but he is definitely someone to be afraid of. His ability to manipulate Othello into killing his own wife is an evil like no other. He’s like a Shakespearian Taylor Swift if he sang instead of plotted. His motto: Don’t cross me, or I’ll make you pay. Eek!

The White Witch from Lewis’ “The Lion, The Witch, And the Wardrobe”

Elsa has nothing on this beast of a woman. She is the epitome of Evil Ice Queen and Narnia is her red headed stepchild. Besides turning Narnia into an eternal winter (as a native Texan that’s frightening all by itself) she has stripped every ounce of hope, love and happiness out of the land. Feel like smiling? Not gonna happen. Her cruelty rivals some of the best in children’s lit, and I’m fairly certain that Voldemort is her soulmate. Her motto: My cruelty knows no bounds, just ask that boulder over there.

Nils Bjurman from Larsson’s “The Girl With The Dragon Tattoo”

Nils is probably the most despicable of the entire list, but not for something as mundane as stealing Christmas or tricking you into whacking your own wife. Nope, Nils graces this list because he is a total pig. (Which is a much nicer word than I would have used if I was Lisbeth.) You know that phrase: “Power corrupts and absolute power corrupts absolutely?” Well Nils takes it to a whole new level. After Lisbeth’s guardian get’s sick Nils takes over, only he doesn’t play by the rules, instead he uses his power over Lisbeth the terrorize and rape her. She does (at the end) get her revenge, but that doesn’t give him a pass for his sick sexually sadistic behavior. His motto: No one is going to believe trash like you, so I’ll do what I want when I want. Watch me.

You’d have to be living under a rock to not know who Annie Wilkes is, and calling her a “fangirl” would be the understatement of the century. Not only does she insist (by way of kidnapping and then torturing) that her favorite author write his next book the way she wants, but she is also a total nutcase. Hmm, I guess that was implied when I said kidnapping and torturing huh? Let me be more specific. She uses lawnmowers as happy time killing machines, and likes to light amputated feet on fire with a blow torch. Believe me now? She is an obsessive compulsive serial killer. Two things that don’t go well together. Ever. Her motto: Yay! You broke both of your legs, one less thing I have to do today.

I’m still not convinced that Holden was an actual person. His description alone was quite unbelievable (7 feet tall? Holy flying monkeys!) But his villainess in undeniable. A few things gracing his list of evil crimes: pedophilia, robbery, rape, murder. But he didn’t do all of this alone. (Cause that would be crazy.) Nope, he brought along his merry band of super evil sidekicks. So that would make him what…the evil leader? The devil? (*shudder*) Let’s just say, he’s not a person I would like to meet in a dark alley. His motto: her kiddy kiddy kiddy, I have candy.

Fred (The Commander) from Atwood’s “The Handmaid’s Tale”

Oh Fred, you concubine lovin nightmare. We get it, you don’t like your wife, and you despise your position in society, but is that any reason to turn your handmaidens in suicidal baby-factories? I think not sir! Despite what you think women were not put on this earth to be your whores, and there is no need to go all “Throwback Thursday” where social classes are concerned. I like to read!!! You take that away from me because of your Old Testament sentiment and we are going to have words. WORDS I TELL YOU!! His motto: What happened to the girl before you? Nothing *cough* just get in bed and shut up!

I’ve already mentioned him once, so there was no way he was going to be excluded from the list. Although, I’m convinced I don’t really need to say much at all to illustrate my point. (His villainess is world renowned.) With a skull head, red eyes, and 1 freaky ass nose, Lord “He who shall not be named” wins the prize for most daunting foe. His obsession with “blood purity” is pretty hardcore and his need to rid the wizarding world of muggles is a tad annoying, but his determination to conquer two worlds is not only greedy, but deadly. This is one Slytherin you don’t want to mess with. His motto: My name means death. Consider it a sign.

I’ll be honest, Nurse Ratched (or Big Nurse as McMurphy called her) scares the piss out of me. She is a total control freak, which is not a good thing when your control essentially means you can lobotomize people. This tyrannical head nurse of an Oregon mental institution is famous for restricting meds/basic human necessities and blackmail. She’ll do what she wants when she wants, cause she is Queen of her psychotic castle. She is anti-fun and pro-shock therapy. Her bedside manner leaves something to be desired. Her motto: If you try to strangle me, I’ll take a icepick to your brain.

Javert from Hugo in “Les Misérables”

Ok, so I know Hugo’s intention was to paint Javert as tragic and misguided, but I’m not buying it. This police inspector is obsessive and absolute. There is no wavering in Javert’s game. He wants to find Jean and he is relentless in that pursuit. There is no gray area with this man, only black or white and he lives his life this way. Well, until he commits suicide after seeing the light that is. Good is good. Bad is bad. Done is done. Stop trying to change his mind! He’s not as evil as his predecessors, but he isn’t nice either. His motto: Run, run as fast as you can, you can’t outrun me I’m the punishment man.

Kevin from Shriver’s “We Need to Talk about Kevin”

Kevin is a sociopath, there is really no other way to say it. He has no sense of moral responsibility towards his family or community (hello, school massacre) he is contemptuous and hateful, and loathes his mother. (Shame! Shame!) As if that wasn’t enough he (much like Iago) is a fan of that nasty game called manipulation. At one point he even talks a girl into gouging her own arms. (WTF!) Still not convinced? How about the fact that he blinds his sister with drain cleaner, or..I don’t know…that he killed 13 people including his sister and dad in a school shooting. Yeah, you get no sympathy from me buddy. Even if your gullible mommy forgave you. Pfft! His Motto: Here, let me wash your eye out. It’s water..I promise!

One thought on “Top 10 Fictional Villains”