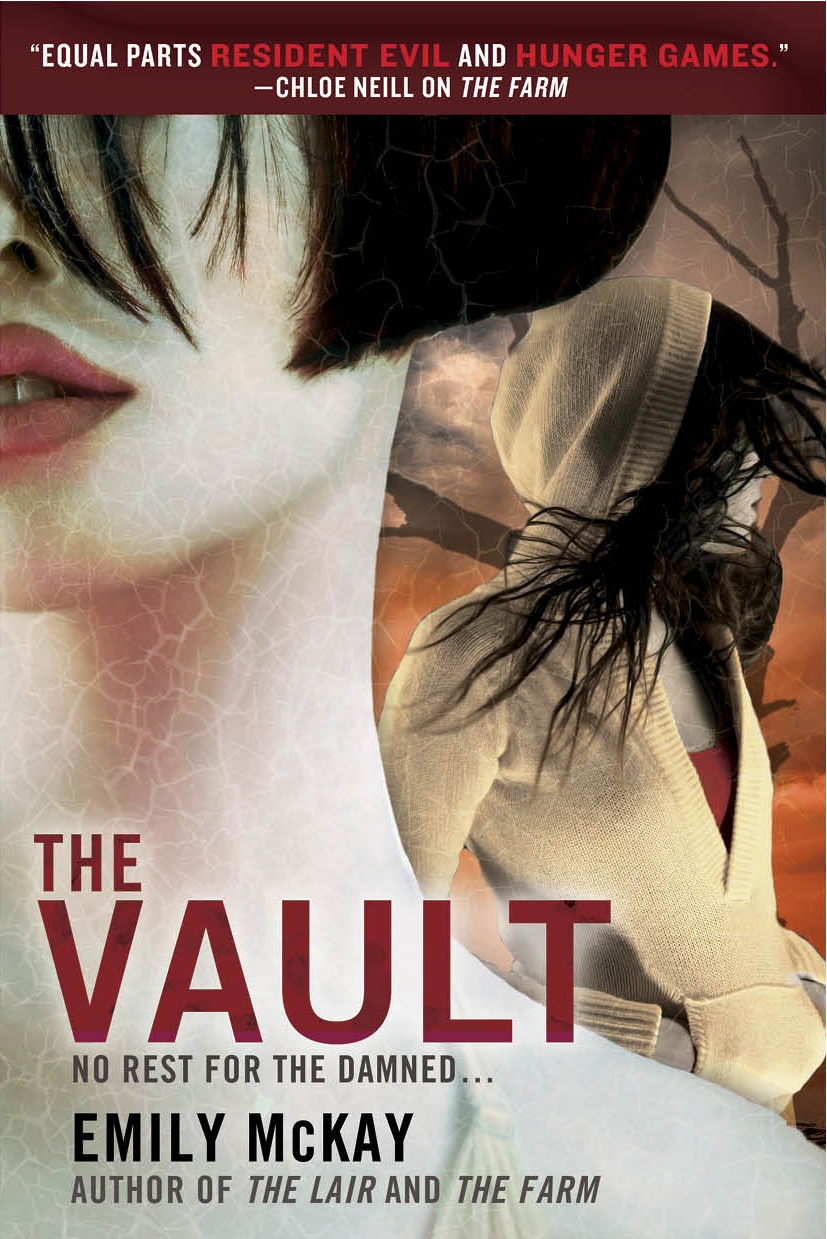 Today I have a few very special treats for you. Not only am I honored to be a part of the incredibly talented Mrs. Emily McKay’s cover reveal for “The Vault” but I also have 2 (yes…I said 2) giveaways for you. One for some pretty rad “The Vault” swag, the other for a copy of “The Vault” when it is released in November (I know…that seems like a REALLY long time away. But just think, I’ll be preordering it for you, so it will show up as a surprise on release day!)

If you haven’t had the chance to dive into this series yet I VERY HIGHLY recommend it. In fact…here is a look at my reviews for both books. (The Farm, The Lair) And if that wasn’t enough to convince you…I also interviewed Emily once. (You can read that HERE) But enough about my thoughts… how about a little info about “The Vault” and the giveaways. (Which is what y’all are really interested in. Don’t lie. I can read your mind.)

The Vault by Emily McKay 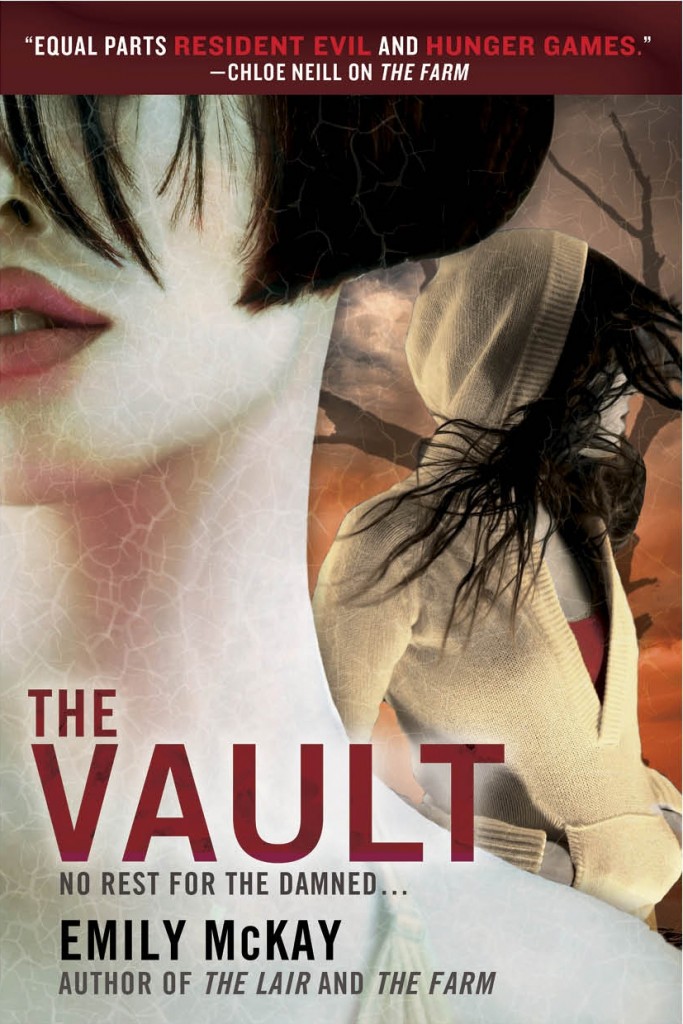 There is no rest for the damned in this thrilling follow-up to Emily McKay’s The Lair and The Farm, in a series New York Times bestselling author Chloe Neill calls, “Equal partsResident Evil and Hunger Games.”

In a world where vampires rule and teenaged humans are quarantined as a food source, there is only one choice—resist or die. But fighting the vampires comes at a terrible cost to twin sisters Mel and Lily and their best friend Carter . . .

With Lily exposed to the vampire virus and lying in a coma, it’s up to Mel and Carter to search for the cure. Time is not on their side. With every passing heartbeat, Mel is becoming more and more purely vampire.

Desperate, Carter and Mel decide to split up. Carter will recruit human rebels from the Farm in San Angelo to infiltrate the guarded kingdom of the vampire Sabrina and steal the cure. Mel will go back to her mentor, her friend, her betrayer, Sebastian, who is the only one who can access an underground vault that may house the secret to the cure.

That is, if he’s still alive after she staked him to the ground. Now her worst enemy may be their best hope for curing Lily—and saving the human race.

7 thoughts on “The Vault by Emily McKay – Cover Reveal”