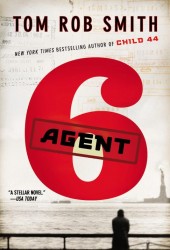 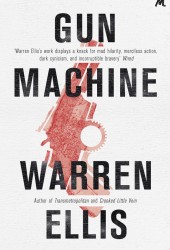 Warren Ellis reimagines New York City as a puzzle with the most dangerous pieces of all: GUNS.

After a shootout claims the life of his partner in a condemned tenement building on Pearl Street, Detective John Tallow unwittingly stumbles across an apartment stacked high with guns. When examined, each weapon leads to a different, previously unsolved murder. Someone has been killing people for twenty years or more and storing the weapons together for some inexplicable purpose.

Confronted with the sudden emergence of hundreds of unsolved homicides, Tallow soon discovers that he’s walked into a veritable deal with the devil. An unholy bargain that has made possible the rise of some of Manhattan’s most prominent captains of industry. A hunter who performs his deadly acts as a sacrifice to the old gods of Manhattan, who may, quite simply, be the most prolific murderer in New York City’s history.

Warren Ellis’s body of work has been championed by Wired for its “merciless action” and “incorruptible bravery,” and steadily amassed legions of diehard fans. His newest novel builds on his accomplishments like never before, announcing Ellis as one of today’s most daring thriller writers. This is twenty-first century suspense writ large. This is GUN MACHINE. 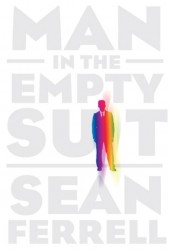 Man in the Empty Suit by Sean Ferrell

Say you’re a time traveler and you’ve already toured the entirety of human history. After a while, the outside world might lose a little of its luster. That’s why this time traveler celebrates his birthday partying with himself. Every year, he travels to an abandoned hotel in New York City in 2071, the hundredth anniversary of his birth, and drinks twelve-year-old Scotch (lots of it) with all the other versions of who he has been and who he will be. Sure, the party is the same year after year, but at least it’s one party where he can really, well, be himself.

The year he turns 39, though, the party takes a stressful turn for the worse. Before he even makes it into the grand ballroom for a drink he encounters the body of his forty-year-old self, dead of a gunshot wound to the head. As the older versions of himself at the party point out, the onus is on him to figure out what went wrong-he has one year to stop himself from being murdered, or they’re all goners. As he follows clues that he may or may not have willingly left for himself, he discovers rampant paranoia and suspicion among his younger selves, and a frightening conspiracy among the Elders. Most complicated of all is a haunting woman possibly named Lily who turns up at the party this year, the first person besides himself he’s ever seen at the party. For the first time, he has something to lose. Here’s hoping he can save some version of his own life 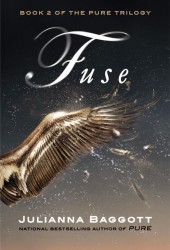 We want our son returned.

This girl is proof that we can save you all. If you ignore our plea, we will kill our hostages one at a time.

To be a Pure is to be perfect, untouched by Detonations that scarred the earth, and sheltered inside the paradise that is the Dome. But Partridge escaped to the outside world, where Wretches struggle to survive amid smoke and ash. Now, at the command of Partridge’s father, the Dome is unleashing nightmare after nightmare upon the Wretches in an effort to get him back.

At Partridge’s side is a small band of those united against the Dome: Lyda, the warrior; Bradwell, the revolutionary; El Capitan, the guard; and Pressia, the young woman whose mysterious past ties her to Partridge in ways she never could have imagined. Long ago a plan was hatched that could mean the earth’s ultimate doom. Now only Partridge and Pressia can set things right.

To save millions of innocent lives, Partridge must risk his own by returning to the Dome and facing his most terrifying challenge. And Pressia, armed only with a mysterious Black Box containing a set of cryptic clues, must travel to the very ends of the earth, to a place where no map can guide her. If they succeed, the world will be saved. But should they fail, humankind will pay a terrible price . . .

Leo Demidov is no longer a member of Moscow’s secret police. But when his wife, Raisa, and daughters Zoya and Elena are invited on a “Peace Tour” to New York City, he is immediately suspicious.

Forbidden to travel with his family and trapped on the other side of the world, Leo watches helplessly as events in New York unfold and those closest to his heart are pulled into a web of political conspiracy and betrayal-one that will end in tragedy.

In the horrible aftermath, Leo demands only one thing: to investigate the killer who destroyed his family. His request is summarily denied. Crippled by grief and haunted by the need to find out exactly what happened on that night in New York, Leo takes matters into his own hands. It is a quest that will span decades, and take Leo around the world–from Moscow, to the mountains of Soviet-controlled Afghanistan, to the backstreets of New York–in pursuit of the one man who knows the truth: Agent 6. 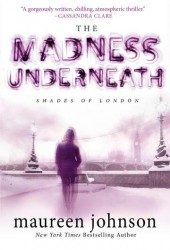 The Madness Underneath by Maureen Johnson

After her near-fatal run-in with the Jack the Ripper copycat, Rory Devereaux has been living in Bristol under the close watch of her parents. So when her therapist suddenly suggests she return to Wexford, Rory jumps at the chance. But Rory’s brush with the Ripper touched her more than she thought possible: she’s become a human terminus, with the power to eliminate ghosts on contact. She soon finds out that the Shades— the city’s secret ghost-fighting police—are responsible for her return. The Ripper may be gone, but now there is a string of new inexplicable deaths threatening London. Rory has evidence that the deaths are no coincidence. Something much more sinister is going on, and now she must convince the squad to listen to her before it’s too late.
In this follow-up to the Edgar Award-nominated The Name of the Star, Maureen Johnson adds another layer of spectacularly gruesome details to the streets of London that will keep you on the edge of your seat until the very end. 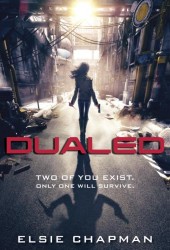 Two of you exist.

Only one will survive.

The city of Kersh is a safe haven, but the price of safety is high. Everyone has a genetic Alternate-a twin raised by another family-and citizens must prove their worth by eliminating their Alts before their twentieth birthday. Survival means advanced schooling, a good job, marriage-life.

Fifteen-year-old West Grayer has trained as a fighter, preparing for the day when her assignment arrives and she will have one month to hunt down and kill her Alt. But then a tragic misstep shakes West’s confidence. Stricken with grief and guilt, she’s no longer certain that she’s the best version of herself, the version worthy of a future. If she is to have any chance of winning, she must stop running not only from her Alt, but also from love…though both have the power to destroy her.

Elsie Chapman’s suspenseful YA debut weaves unexpected romance into a novel full of fast-paced action and thought-provoking philosophy. When the story ends, discussions will begin about this future society where every adult is a murderer and every child knows there is another out there who just might be better.