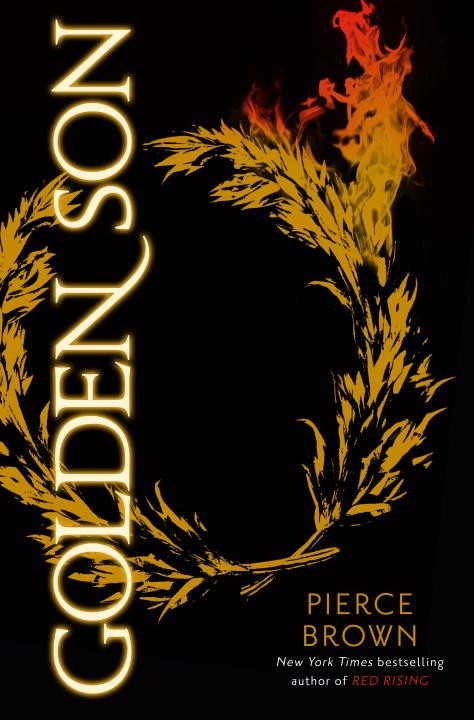 With shades of The Hunger Games, Ender’s Game, andGame of Thrones, debut author Pierce Brown’s genre-defying epic Red Rising hit the ground running and wasted no time becoming a sensation. Golden Son continues the stunning saga of Darrow, a rebel forged by tragedy, battling to lead his oppressed people to freedom.As a Red, Darrow grew up working the mines deep beneath the surface of Mars, enduring backbreaking labor while dreaming of the better future he was building for his descendants. But the Society he faithfully served was built on lies. Darrow’s kind have been betrayed and denied by their elitist masters, the Golds—and their only path to liberation is revolution. And so Darrow sacrifices himself in the name of the greater good for which Eo, his true love and inspiration, laid down her own life. He becomes a Gold, infiltrating their privileged realm so that he can destroy it from within. A lamb among wolves in a cruel world, Darrow finds friendship, respect, and even love—but also the wrath of powerful rivals. To wage and win the war that will change humankind’s destiny, Darrow must confront the treachery arrayed against him, overcome his all-too-human desire for retribution—and strive not for violent revolt but a hopeful rebirth. Though the road ahead is fraught with danger and deceit, Darrow must choose to follow Eo’s principles of love and justice to free his people. He must live for more.

Well, for starters….if you haven’t read “Red Rising” I’m sorry, we can no longer be friends. Easily one of my favorite books in the last 5 years (yes, I said 5 years) Red Rising crashed into my life like a drunk granny at Christmas. It was so freaking good I almost lost my head. (Literally, I thought my family was going to chop it off because I wouldn’t stop talking about it.)

Which begs the question:

Why am I just now featuring “Golden Son” as my Waiting on Wednesday?

Good question. One I can’t really answer. (Let’s chalk it up to me being a total moron.)

Anywho, Red Rising ended with a bang, landing Darrow into a big ol pit of vipers. He (of course) put himself in that situation, but it doesn’t mean that it was the wisest (or most mentally sound) decision. That would just be boring.

It’s safe to say there are a million different directions this book could take, but rest assured, it is going to be filled with betrayal, anger, vengeance and bucket full of awesome-sauce. (Which I hear can now be purchased in economy size.)

Pierce Brown (whom I’ll happily admit I’m carrying a literary torch for) is a sleeper cell in this wide world of Dystopian lit. I am beside myself with anticipation for this book. As you should be too.

Hello… just read this sentence: “To wage and win the war that will change humankind’s destiny”

I rest my case.

(To read my review of Red Rising go HERE)