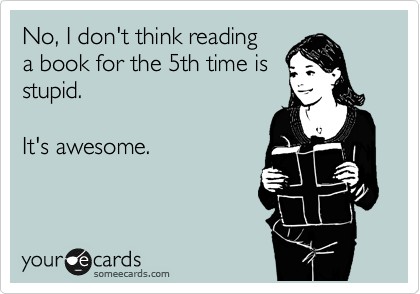 5 Books I Wish I Could Read Again…

For The 1st Time

If you’ve been following KO for a while you know that I have a small group of books I reread every year. One of those (of course) being my favorite… Pride & Prejudice. But yesterday my son asked me a pretty interesting question and because of it, I’ve decided to share my answer with all of you. His question:

“Mom, if you love THIS book sooo much (holds up a copy of “Ignite Me”) how come you don’t read it over and over again like you do that Darcy book?”

I’ll be honest, at first I was a little shocked that my son was making mental lists of my reading habits, then…I was proud. (What parent wouldn’t be…right?)

Anyhow, after 5 minutes of fumbling around for the right words (and pretty much sounding like an illiterate asshat) I came up with this…

“Because the suspense won’t be the same.”

At this, he rolled his eyes, told me I was “overthinking things” and walked away, but it got me to thinking. I mean really really thinking. Why is it exactly that I can read P&P over and over again and not bat an eye, but I’m horrified to reread books I’ve LOVED recently? I do believe that an element of suspense would be gone, but that’s never really mattered to me before. MAYBE, I don’t want to reread it and inadvertently spoil my “first time feels.” Maybe I’m afraid I won’t like it as much the 2nd time around. Maybe my son is right and I think too much. Whatever the case may be, I’ve decided to make a list of 5 books I loved SOOOO much that I would love to experience them again, for the first time.

1. The Storyteller by Antonia Michaelis 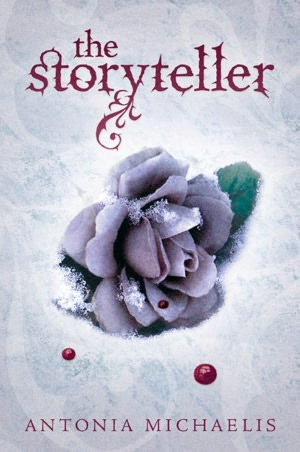 Add it to your Goodreads Shelf / Amazon wishlist

This book is a controversial one due to it’s unconventional ending, but I LOVED it. You know that phrase “she lived inside the pages of books?” THAT was this book for me. I was all in. Do not pass go, do not collect $200. At one point my daughter (who was 4 at the time) actually took the book from me (during a very emotional passage) declaring that “she was going to take the bad book away now.” I couldn’t find it for 2 days. It is a book that defines the words: compassion, beauty, and heartache, and I learned A LOT from it. It also demonstrated the true power of a child’s imagination. It’s been almost 3 years since I read it, and I’m pretty certain I can still quote the majority of it. BUT…I’m afraid to read it again. Mostly because I’ll spend the entire time trying to figure out a way to save them this time. However, if I could go back 2 years and start it over with a fresh pair of eyes…I wouldn’t hesitate for a second. 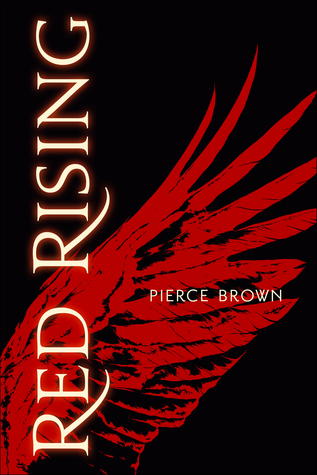 Add it to your Goodreads Shelf / Amazon wishlist

Ok, so this is the second time I’ve mentioned this book in the last few weeks (I blame that on it’s upcoming sequel) but it doesn’t take away from the fact that I would fall all over my past self to read this book again for the very first time. Yes, it is brutal. Yes, it’s AMAZING! But more importantly…it’s surprising. I was genuinely intrigued by the brutal happenings inside this book (which makes me sound a little crazy) while at the same time being shocked by the amount of emotion an author can bring to a story that is ultimately filled with hate. It is the type of raw, unfiltered writing I crave from every book I read. The reason I’m reluctant to read it again? Because the twists will no longer be twisty and the development of certain characters will fail to be as jaw dropping. That doesn’t mean I never will (reread it that is) but it’s safe to say I’m going to need a longer break than one year. (Forgetting the minutia will be a necessary evil.) For now…I’ll setting for it’s sequel Golden Son.

3. Ignite Me by Tahereh Mafi 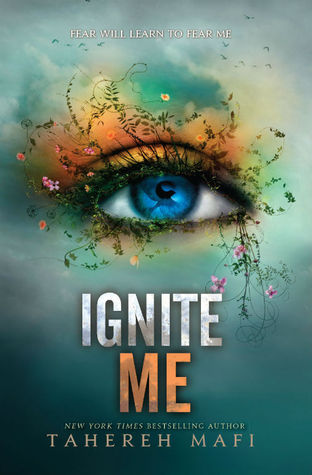 Read my “Book Hangover” post inspired by this book.

I know what you are thinking..”Jesus H Christ woman!! Not this again. Let it go!”

This book might not seem like an obvious choice like the others on this list, but to me it is. First off, it single handedly knocked me off of all other books for WEEKS! I couldn’t pick up another book without making unfair comparisons AND the mind-boggling amount of joy the ending brought me has yet to be matched.

Now, for the sake of accuracy, I have in fact reread this book. 3 times. BUT they were all back to back and took place in the same week. (As far as I’m concerned…that doesn’t count.) I have (since then) banished it to my bookshelf and declared it “Off Limits!” So why would I want to read it again if it caused so many problems the first time? It’s as simple as one phrase: I’m in love with Warner.

This goes beyond your everyday book crush. In fact, I don’t even think about his looks, or the way he can pull off the heterosexual “I’m OCD when it comes to my clothes matching” thing. I’m fascinated by the way he thinks. He is one of the most impressively developed male characters in all of YA today and that fact gets my heart a pumpin’. He is twisted but at the same time…straight forward. He says what he wants, and makes no apologies. He is also incredibly selfless, though the first two books don’t illustrate this point. (Do we need to talk about the scene with his mother?)

The only problem? It’ll never read the same. After 3 times and countless hours thinking about it, Ignite Me will only be a fraction of what I have made it in my head. Which means…I won’t reread it anytime soon. (Maybe in 10-15 years I might rethink this.) If it was February 4th, 2014 though? I’d be on it like white on rice. 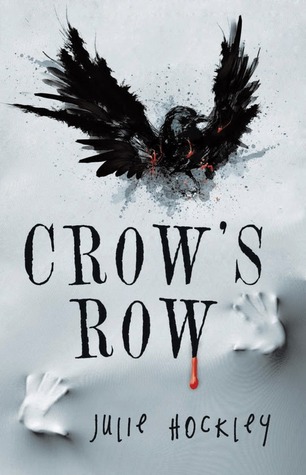 To start, if you haven’t read Crow’s Row..what the hell are you waiting for? Get on that. As for the reason it made my list? It’s about unconditional love. Simple as that. Everyone wants to know what those words mean, experience them for themselves, and Hockley wove a story that allows you to live it.

Here, just look at what I wrote about it:

“She took the worst of the worst, allowed us to peek behind his curtain and ultimately fall in love with someone unlovable.”

Crow’s Row (much like “The Storyteller”) will challenge your way of thinking. It personifies devotion and vulnerability. It’s a harsh book about a harsh world involving harsh people. And it’s worth every tear you will shed while reading it. The ending is abrupt and will quite literally crack your heart wide open, but you won’t care. You’ll be too lost in the story to even notice.

The reason I haven’t pulled it back out and started it all again…because it’s sequel frightens me. It took Hockley 3 years to release Scare Crow and those 3 years were brutal. To make matters worse, I haven’t read it because of the varying degrees of love and hate spewed about it. If I read it again I’ll be forced (mentally) to move on, and honestly…I don’t want to. 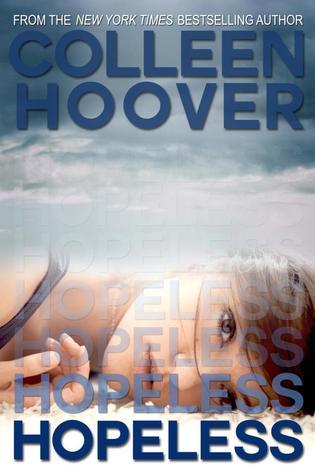 There are a multitude of reason’s why I would love to start fresh and read this book again (10% probably stemming from the fact that Colleen Hoover is a angst writing evil genius) but mostly because it inspired me to write words like this:

“Books are banned everyday for discussing taboo topics. For making people uncomfortable. For being brutally honest. But I say…these are the books worth reading. These are the books that challenge perceptions and ignite fires. That stick with us.  Leave hand prints on our hearts. Change us.

Many of the books on this list aren’t happy ones, but that doesn’t make them any less worthy of a reread, what it makes them is resplendent. Books like “The Storyteller” “Crow’s Row” and “Hopeless” evoke genuine human emotion. They change the way you THINK about and LOOK at things as benign as the person behind you in line at Starbucks. Yes, “Hopeless” is full of angst and hot boys with perfect abs, but that’s not what captivated me, and entices me to come back. The empathy is. The downright inhuman ability to transfer strength from one person to another. The only reason I haven’t reread this book is because I’m afraid to. Afraid that what I read the FIRST time won’t translate the same way THIS time, and I don’t want to screw that up.

What about YOU? Are there any books you’d love to reread for the 1st time?